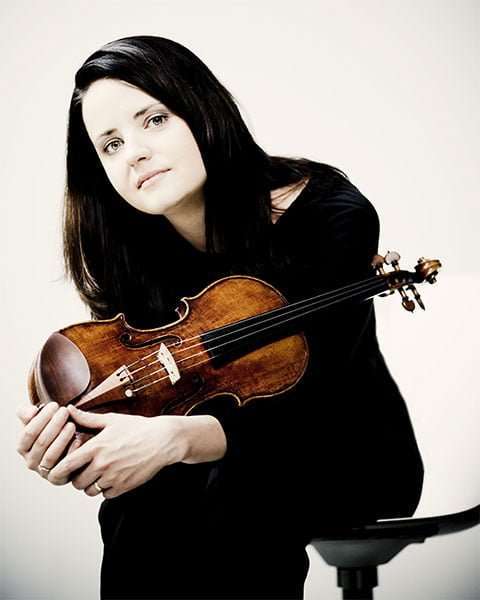 February is Brahms month for the Detroit Symphony Orchestra and Leonard Slatkin – a three-week period during which six programmes are played twice with one of each broadcast live.

The Festival opened in lively style with the three Hungarian Dances that Brahms himself orchestrated. Originally for piano/four-hands, the 21 Dances are available in various scorings (including five made by Dvořák) and diverse arrangements. Slatkin conducted the finest G-minor I have ever heard (a piece that mostly turns up as an encore, and I have heard some shockers that way when the music is pulled apart and with nothing fitting!). Here, not overburdened with speed, with clear articulation and Slatkin’s resistance to mauling, this was a real pleasure. The accelerations were beautifully judged, and best of all there was a lilt and soulfulness, qualities often overlooked when the approach is mannered. The F-major No.3 was unusually perky, and No.10 was zesty and also shapely.

The Violin Concerto was nicely set up in the lengthy introduction, the DSO creamy-rich in tone and keenly anticipatory. Not surprising when Baiba Skride is the soloist. She was superb. She may not give much away in her body language, but it’s all in the sound and the address. Technically she was fabulous. More importantly she had much to say about the music, through gutsy attack, tender lyricism and sheer musicianship, which freshly shaded and shaped the score to passionate heights and confiding entreaties. The DSO hung a very sympathetic and outgoing accompaniment, often subtly detailed. This was so far a performance of real purpose with Skride opting for Joseph Joachim’s cadenza (fair enough, the Concerto was written for him, although those by Busoni, Heifetz and Reger are worthwhile alternatives, and there are others) and she made a handsome job of it.

Don’t worry about the “so far” just now, for the slow movement, properly Adagio and introduced by an eloquent oboe solo from Alexander Kinmonth, was Heaven-sent, the musicians as one, and the Finale had all the chutzpah you could want and avoided those exaggerated emphases that can hold things up. The Al Glancy Control Room provided excellent balance between soloist and orchestra, tangibly so, the latter bubbling with tasty ingredients.

It was good to note that Slatkin had antiphonal violins for this concert (and no doubt for the Brahms to come, too), expanding the dialogue between these sections across the podium, with cellos centre-left, double basses behind, the ideal layout for so much music if not Slatkin’s customary choice (although the 2013 DSO Beethoven Symphony Cycle was graced with it). Such an arrangement paid many dividends in the absolute Symphony No.4, music of power, beauty and rigour.

Slatkin’s marriage of passion and precision, formality and flexibility, with an expressive heart central to the whole, ensured that the explosion of emotion that concludes the first movement was a natural corollary to what had gone before, and that the curiously marked Andante moderato second movement (bordering on Adagio here) was given all the time needed for full expression, eruption and consolation, very intensely brought off. The Scherzo was suitably festive, twinkle-in-the-eye stuff (if resolute and with the odd passing shadow) before the passacaglia monument that is the Finale – trombones only now employed – Brahms at his most Baroque if not sacrificing his inimitable self and here with gravitas and foreboding: one of Karajan’s nominated tragic symphonies. There are of course many ways to play Brahms 4: Slatkin and his Detroiters convinced rightness throughout.

Writer’s PS: reviewing this DSO concert and that by London Philharmonic/Vänskä, concurrent events, was only possible due to the five-hour time difference.