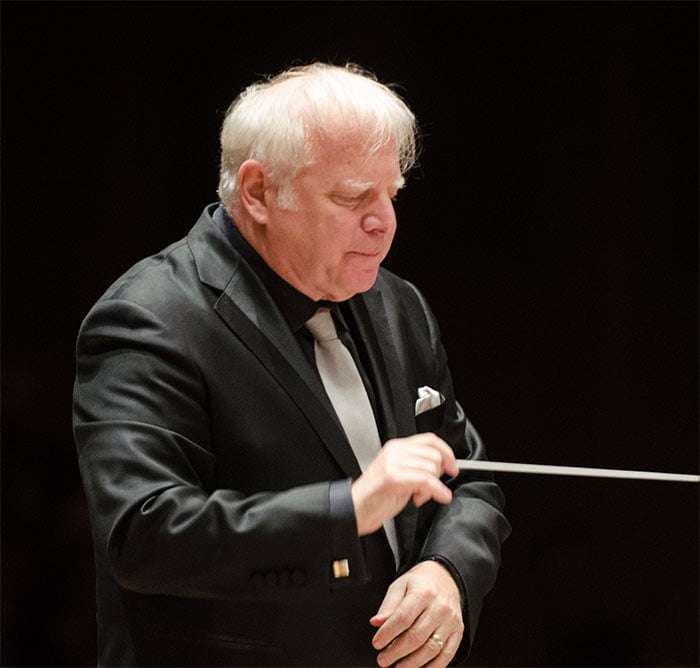 If, prior to this Detroit Brahms Festival I had been told I could only tune-in to one of the six broadcasts, then it would have been this D-major matinee of Serenade 1 and Symphony 2. The former is an underrated treasure and the latter just happens to be my favourite Brahms Symphony, a purely personal choice.

Quite why the First Serenade is off many concert-promoters’ radars is difficult to understand. It’s a wonderful work in six movements and potentially lasts about fifty minutes. The first movement is properly symphonic, with exposition repeat, and the slow one is on an expansive scale. Given Brahms took so long to escape Beethoven’s spectre to conclusively publish his First Symphony (as numerically high as Opus 68), it’s no surprise that his Opus 11 didn’t carry that hallowed moniker; in any case he may have dropped a couple of movements to conform to Classical design, and that would have been a shame, for each one is a gem. Maybe he should have anticipated Bruckner’s nomenclature and called it ‘Die Nullte’.

Leonard Slatkin conducted a beautifully judged performance, the bucolic first movement, with its gorgeous cello-led second subject, was shaped lovingly – but, no repeat (and therefore no sign of the cute little figure on the clarinet that cues it)! Although something of a shame to make the cut – not only in itself but also in relation to the length of the third-movement Adagio – Slatkin chose an unhurried tempo for this opener, which paid many dividends of phrase and detail without compromising the music’s outgoing nature.

The first Scherzo, more a waltz, spoke of a clandestine tryst, lovers unaware of others gathered at the ball until the livelier Trio strikes up. The lullaby-like slow movement was properly Adagio, and beguiled for fifteen minutes – no sleepiness here, just enchantment and also reaching a heartfelt outpouring – after which the pair of Minuets, respectively perky and lyrical, were captivating. The remaining two movements are a second Scherzo (a little heavy-footed, it seemed, until appreciated in relation to the quicker Trio) and an exuberant Finale, rhythmically vital as well as song-like. Slatkin has this music in his heart and memory and the result was a beauty.

Brahms’s Second Symphony, which followed soon after his long-agonised First, is sometimes referred to, unofficially, as being ‘pastoral’. Sort of, yet there are stormier moments in the first movement and the Adagio is profoundly beautiful, as deeply affecting as anything Brahms composed.

Slatkin’s measure of the first movement married lyricism and direction ideally, and he observed the exposition repeat, an important return and not just because of the lead-back bars, for its repetition ensures a false sense of security is established in relation to the turbulent development section. With an eloquent slow movement, given broadly and with much soul, an appealingly elegant third and an exhilarating Finale, with something saved for an uplifting coda, this was an account that did Brahms 2 proud.

Good to report that following some aberrations two days previously, the sound from the Al Glancy Control Room was much improved in terms of dynamic variance and overall naturalness.

Well, that’s the Symphonies done (and recorded for downloadable release on May 6). There are two programmes left, just a few days away and typically in close succession, featuring orchestrations of Brahms by Berio and by Schoenberg and with Hélène Grimaud in both of the Piano Concertos. Those concerts that attract worldwide webcasts are on Friday morning and Sunday afternoon, Detroit time.