Brahms
Variations on a Theme by Haydn (St Antony Chorale), Op.56a
Berio
Johannes Brahms Opus 120 No.1 [Brahms’s Sonata in F minor for Clarinet (or Viola) and Piano, Op.120/1, orchestrated by Luciano Berio]
Brahms
Piano Concerto No.2 in B flat, Op.83* 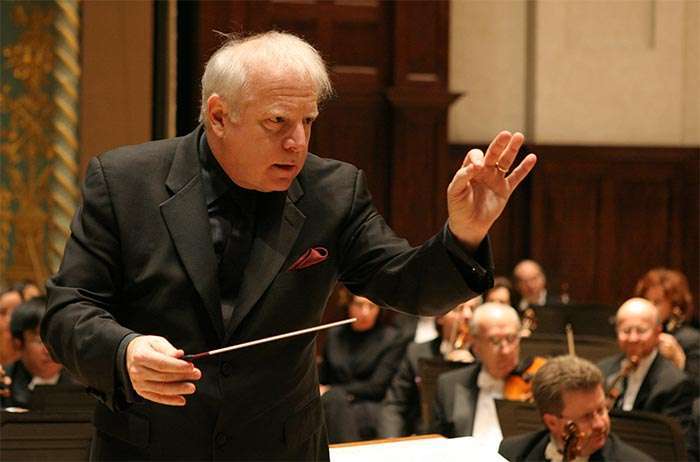 This was the ultimate leg of the Detroit Symphony Orchestra and Leonard Slatkin’s three-week, six-programme, twelve-concert Brahms Festival – but there was to be a twist.

Unfortunately, Hélène Grimaud’s performance of Piano Concerto No.2 was not broadcast, something surprising in the light of her excellence in Concerto No.1 two days previously. She had played No.2 just the evening before, so maybe that had a bearing on this Sunday-afternoon no-show (and the webcast’s presentation made no mention).

However, this work being the Festival’s close, it left things frustratingly unfinished: I write as someone who had heard every transmitted note hitherto. Given Grimaud presented the work in the Hall anyway (I checked) I lean to feeling that it should also have been accessible to those of us watching on the Internet. Presumably her decision, this must be respected … but maybe this No.2 was filmed and – with the performers’ approval, of course – could yet be viewed on the DSO’s Replay service to bring about a Festival completion. (In the Concerto’s place, the webcast offered a Brahms Symphony re-run, No.4.) 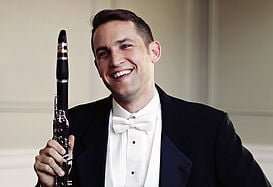 The music that we did get live included Opus 120 No.1, an orchestration by Luciano Berio (1925-2003) of Brahms’s F-minor Sonata for Clarinet and Piano, the first of the pair of such works collected as Opus 120. Inspired by the playing of Richard Mühlfeld, Brahms composed four late works involving the clarinet, with a Trio and a Quintet preceding the Sonatas.

Commissioned by the LA Phil, Berio’s orchestral arrangement from 1986 presents Brahms’s four-movement original as writ, the clarinet (or the alternative viola solo that Brahms also made) untouched. Berio adds a few introductory bars. For all his skill in creating beguiling scoring (for a classical-sized ensemble), although the wonderful music is intact and undiminished, there is the feeling that the orchestra is a little ‘foreign’ to the whole. No doubt that Ralph Skiano (DSO principal) played superbly, with affecting phrasing, lovely tone and unruffled technique, and that his colleagues were fully supportive. Making the loveliest of impressions was the slow second movement (the wistful third not far behind), autumnal, a season Brahms conjured so magically. I wonder if Mr Skiano is familiar with Gerald Finzi’s Clarinet Concerto; he seems ideally suited to it.

The concert opened with the Haydn Variations, based on the ‘St Antony Chorale’, not composed by Haydn as was believed but rather the prolific Anonymous. Originally for two pianos, Brahms’s orchestration was given a succulent outing by the DSO (that descriptive word came to mind during the wind-dominated Chorale), following which, whether suggesting a lullaby, pathos, a 100-metre sprint, a hunt, or something ghostly, the tempos were spot-on and the playing honeyed. The last section, triangle-adorned, at once formal and final, was very satisfying in its gravitas.

And there, dear reader, I take my leave of this Brahms bonanza. As with the DSO’s previous concentrations of Beethoven (2013) and Tchaikovsky (last year), it has been very rewarding. Next year’s celebration composer? The clue is “Wolfie”!