Ives
Symphony No.3 (The Camp Meeting)
Weill
The Seven Deadly Sins [Die sieben Todsünden] – A Ballet with Song to a text by Bertolt Brecht [sung in the English translation by W. H. Auden & Chester Kallman]
Ives
Symphony No.1 in D minor

This very attractive and ambitious programme came live to the world; to your London-based reviewer at midnight. 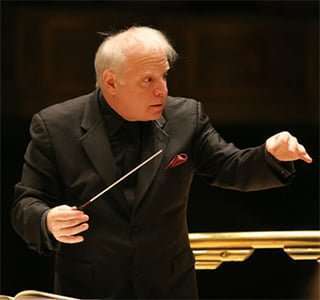 Charles Ives’s Symphony No.3 (The Camp Meeting) was composed between 1908 and 1910. It’s a rather beautiful if unpredictable piece and saturated with popular and hymn tunes. The orchestra used is small and strings tend to dominate, but the colours of woodwinds (one each of flute, oboe, clarinet and bassoon) and brass (a pair of horns and a single trombone) are present well enough. This performance was notably lucid, melodies as remembered from Ives’s younger days always clear however they might be embedded into quite a complex texture. It’s a short symphony in three movements – slow-fast-slow (but not as straightforward as that) – likeable, endearing even, yet without a single bar that is predictable and always richly polyphonic, Ives lavishing much affection on congregational music that would have been sung and played at the sort of gatherings suggested by the Symphony’s subtitle. Bells add evocation to the final bars, here synthesised, so not quite sounding as the real thing, but the performance as a whole was very sympathetic. 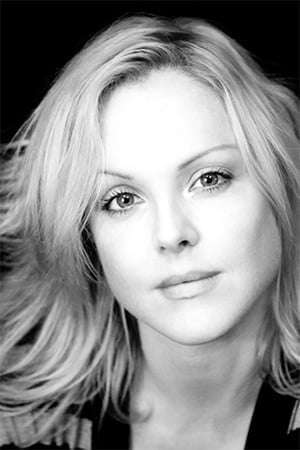 The Seven Deadly Sins was the final collaboration between Bertolt Brecht and Kurt Weill, written in 1933 in Paris following the pair’s fleeing Germany. Two women called Anna, or one who is schizophrenic … Storm Large was both. She’s versatile, a singer, songwriter, actor, and author, and also a magnetic personality. To be honest, I have a problem with this piece; most of the music fails to stir. Storm Large did well with her portrayal(s), although, as broadcast, she was edgy and too loud in relation to the orchestra. Amplification was used in Orchestra Hall, always a last resort as far as I am concerned, and not an option for creators in the early-1930s. The gents also seemed amplified, at least their use of head-microphones suggested so, but they occupied a more-natural acoustic, on the same level as the DSO, than did Large. Nevertheless, there was much to admire in her holding the stage in music recognisably by Weill if too redolent of The Threepenny Opera. These girls called Anna are very different personalities, on a tour of the United States, ending in San Francisco. Sins, Seven in number, including Gluttony and Lust (they’re not sins!) are waiting to tempt then in each city visited. The gents-quartet’s commentaries were well done, and there was much chutzpah from Storm Large, a likeably sassy performance, perhaps exaggerated (in relation to the relative decorum of the DSO, including guitar and banjo), and maybe an English version loses the decadence that the German-language original more pertinently conveys. The best music may belong to ‘Covetousness’ and here your correspondent was fully engaged.

Ives’s First Symphony (1898-1901) is a young man’s work (Ives was born in 1874). Its start was delayed by audience latecomers (seemingly), and some inopportune applause during all three works was a pity. Once you know this D minor Symphony, which opens with a beguiling melody on the clarinet, you can only know it as being by Ives; Dvořák (a cor anglais/English horn solo opens that slow movement in ‘New World’ style) may also come to mind, and there is some Schubertian grace at other times. There’s an attractive al fresco quality to this Symphony, an amalgam of the music Ives knew at this time and essayed with a harmonic imagination that his teachers would no doubt have scorned. There’s music of subtlety and beauty, too, rooted to tradition, inherited European, but breaking the rules at every turn, possibly even taking pot-shots at the Establishment. The slow movement, becalmed and Wagnerian-portentous, had its radiant conclusion insensitively clapped into. There follows a frolicsome scherzo with a trio redolent of the Austrian countryside, and the go-getting finale, here given complete (at least one conductor has made swingeing cuts), had all its humour and frivolity revealed. Ives really struts his stuff in the final measures, including a peroration that would fit César Franck’s Symphony (also D minor) and a witty race to the finishing post. The DSO played its collective socks off for Leonard Slatkin who was a friend indeed to this intriguing work.

Charles Ives’s music is very much a concern for the DSO at present – in a couple of days’ time, May 10 in Carnegie Hall, Slatkin and the DSO play all four of Ives’s symphonies in a single sitting. That’s some undertaking!