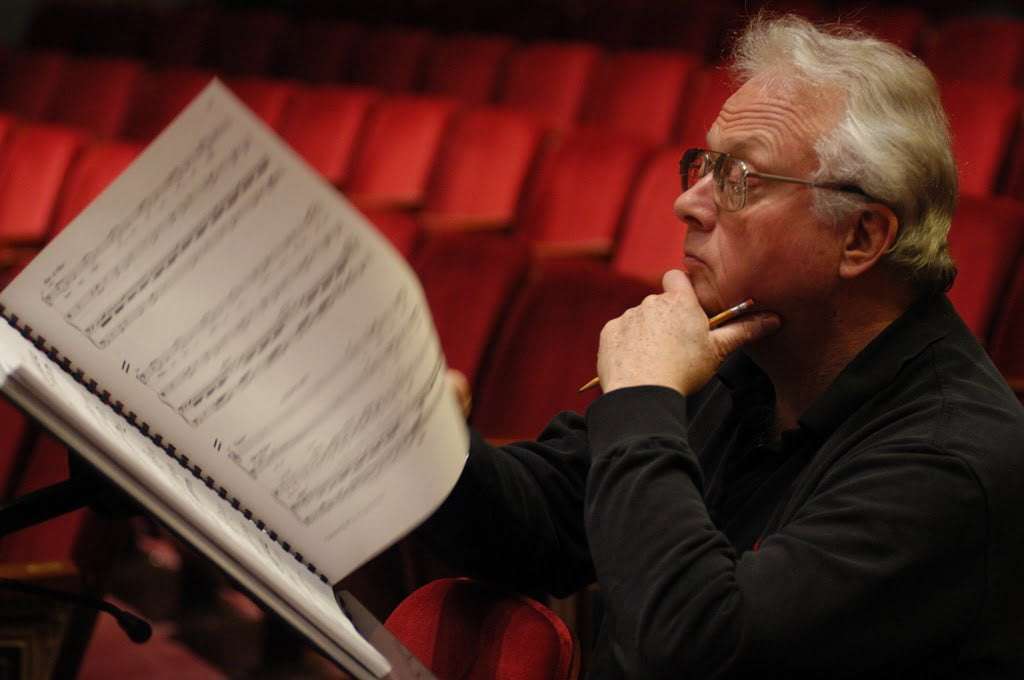 First-performed in early August by the Boston Symphony Orchestra at Tanglewood, Leonard Slatkin was now bringing Circus Overture to Detroit to open the new Season, this third outing of the concert also being the first live webcast of 2014-15. William Bolcom (born 1938) and Slatkin now have half-a-century of productive musical friendship. Circus Overture is a 70th-birthday present from composer to conductor (the date itself was September the First) and is typically eclectic – it seems that Bolcom can compose in any style with consummate brilliance – and this debonair, sentimental and sassy miniature is a fine tribute. Slatkin asked Bolcom to avoid quoting “Happy Birthday”, so when the music gets eerie in chirps a trombone with a ‘Funeral March’ quotation from Chopin’s B flat minor Piano Sonata. You can only do that for a mate. By contrast, Sarabande for Katharine in April by Ron Nelson – soon to be 85 (on December 14) – is poignant and exquisitely tender – lovingly performed, too – and in which the principal cellist’s playing, in particular, caught my ear. Nelson’s soulful Sarabande may be best known to collectors, not least in Howard Hanson’s recording.

Samuel Barber’s passionate and wonderfully stirring Violin Concerto is always a pleasure. Sarah Chang wasn’t at her best during the opening stages of the first movement with some slips of intonation and rough tone. She also seemed rather careful here, and elsewhere, she was really forcing herself to get the desired result. That said she has a very experienced feeling for the piece and gave some desirable expression and was particularly affecting as the movement came to a close. The second movement opened with some meltingly beautiful oboe-playing – what a fund of melody this work has – and Slatkin (also a veteran of this music) ensured a freely emotional climax, although Chang was a little laboured if committed. In the non-stop freewheeling of the short if note-clustered finale, there was no lack of dedication from all concerned, notes in place, and togetherness assured, save that Chang’s tone, even at such a speed, seemed a little harsh. We are, of course, all allowed an off day. 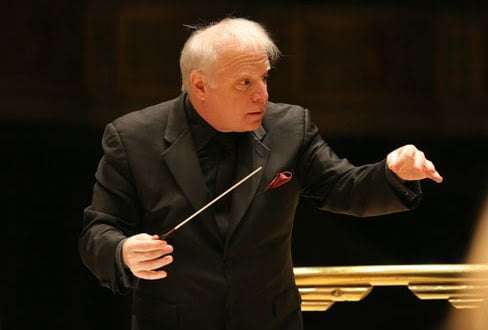 During the interval a montage of Slatkin-at-70 tributes was shown – from, amongst others, Emanuel Ax, Joshua Bell, James Galway, Hilary Hahn, Krzysztof Penderecki and (composer) John Williams; all affectionate and touching.

After intermission, an epic Brahms 1, from tragedy to triumph, played with fervour and compassion, and full expressive rein, Slatkin ensuring trenchant allegros, a warm-hearted slow movement, and detail throughout was scrubbed clean (not least from violas and cellos, perfectly caught by the broadcast). The exposition repeat in the first movement is not one that I look for. Slatkin observed it, however, but very few conductors convince in so doing; Boult and Blomstedt are two, Slatkin is now another, keeping the momentum and increasing the intensity as part of a reading of the first movement at once determined and flexible. Spacious depth of feeling informed the Adagio, graced by silken violin solos (Yoonshin Song) and poetic horn-playing (Karl Pituch), and the third movement was something of an intermezzo with attitude and in which Ralph Skiano’s contribution on clarinet added much.

And so to the great finale, here striving and innately considered, whether through carefully graded pizzicatos, the ‘sunlight’ (if it is) of the brass chorale (trombones making their first appearance), wonderfully eloquent shaping of the string melody that follows, and a sure way to the uplifting coda, during which Slatkin capped it all by ensuring that the reappearance of the chorale (now victorious) was ‘in tempo’ and without false rhetoric – it makes such a difference.

This performance (and no doubt the previous two) seemed to mean much to the members of the DSO. Theirs was an electric and deep-seated response, and one quite often caught a smile on the musicians’ faces or a glance from one to another that suggested playing this music in this way was of pride and belonging. And that wasn’t all. Slatkin introduced an extra, a family affair, a Country & Western number called Fisher’s Hornpipe, as conducted by Slatkin’s father, Felix, as part of a Liberty LP. The parts had been destroyed having been determined as ‘for recording only’, so Cindy McTee (Mrs Slatkin) transcribed the track, adding a full orchestra to the original strings and percussion. The result is scintillating, the strings given a feast of notes to negotiate. After Brahms it might have seemed incongruous, but it worked … Detroit Diverse!