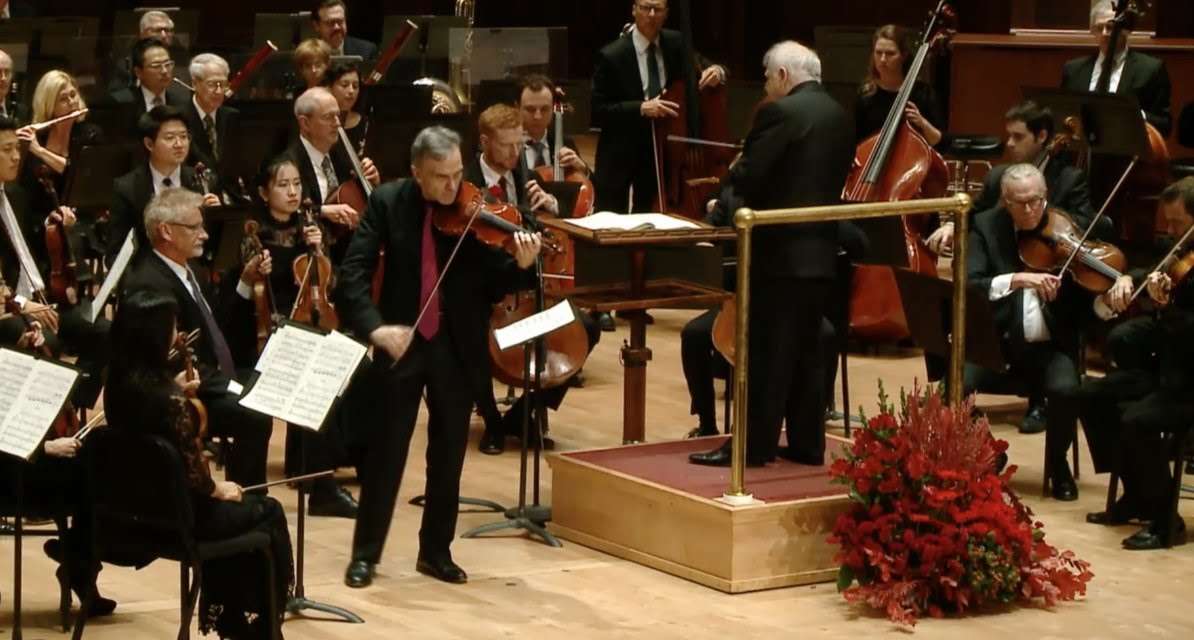 Having had to bypass engagements in recent months, a repaired and hearty Leonard Slatkin returned to the Detroit Symphony Orchestra, now as Music Director Laureate – via appearances in Indianapolis, Moscow and the Balearic Islands – for the inaugural DSO webcast of 18-19 and the third outing for this first-of-the-season programme.

Donald Erb (1927-2008, a native of Ohio) was first on with The Seventh Trumpet (1969), following The Star-Spangled Banner. The Erb, innovative in terms of sound and its production (some kinship here with Ligeti), improvisatory (not everything is conducted), incantatory, elusive, with tones that may cause smiles (quacks from mouthpieces and reeds divorced from their instruments) and a growing intensity that overspills into angry, dissonant and (appropriately) searing-trumpets finality. Intriguing piece (new to me) that continues to fascinate. 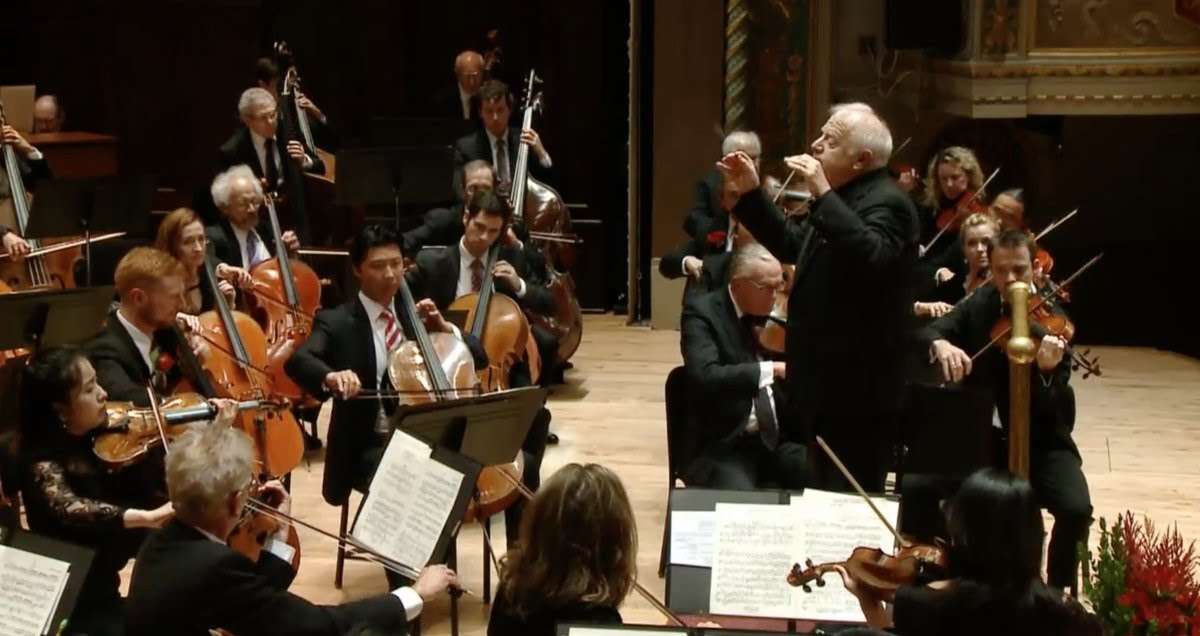 Following which Gil Shaham gave a sweetly lyrical account of the outer movements of Prokofiev’s First Violin Concerto, concise in design yet with descriptive largesse, and with enough mood- and tempo-changes to suggest a complex story is being told. Shaham, charismatic and uninhibited, attentively accompanied, the DSO as much a narrator and colourist as the violinist, but the middle movement could have been more helter-skelter and, from Shaham, dug into, although some similar application in unexpected places came across as contrived and ungainly; glinting textures in the orchestra though. With the unhurried, cathartic, reminiscing and ending-quietly Finale, all came good, with expressive generosity and a sure route. Slatkin and DSO remaining as cohorts, Shaham’s encore was the ‘Méditation’ from Massenet’s Thaïs.

Slatkin recorded Enigma Variations some years ago (with the London Philharmonic), not a one-off for this imperishable masterpiece, it’s a regular in his repertoire (Louisville, Pittsburgh and Dublin to come). In Detroit he led, from memory, an engrossing account, subtly characterised (after all, the friends’ portraiture is already in the music, if not always complimentary it can be argued, such as highlighting Dorabella’s stammer) and lived-in but never routine, the music savoured with integrity, tempos incorporated across the whole – pivoting on an expansive, hushed and blossoming ‘Nimrod’. Following which Variation XII has rarely revealed this amount of sorrow, and its successor, ‘***’ – whether quoting Mendelssohn’s Calm Sea and Prosperous Voyage or Robert Schumann’s Piano Concerto (a growing minority now favour the latter) –, also held the air, before the composer himself strutted forth, confident and noble, the music gloriously transfigured come the conclusion, organ (nominally ad lib) swelling the uplifting mix. Along the way there had been some attractive solo cameos.