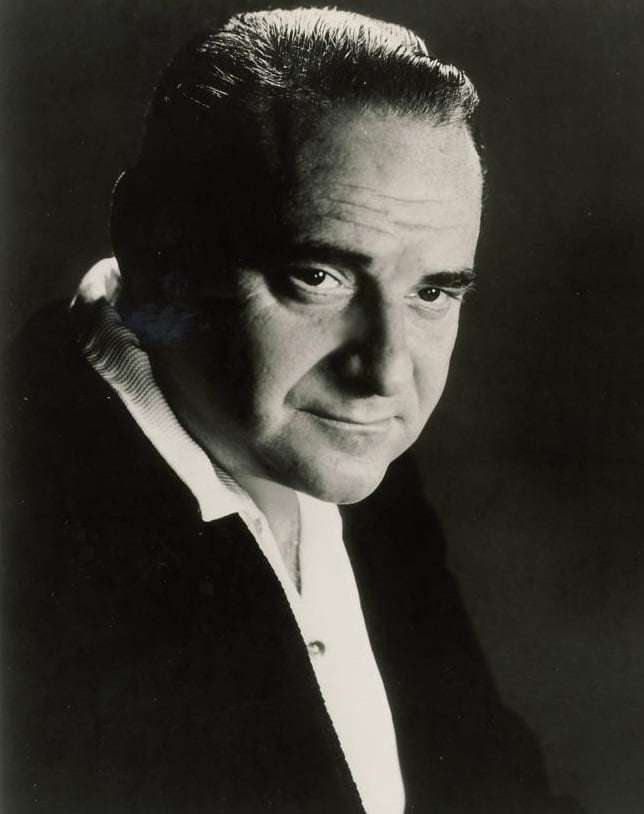 Kinah is the Hebrew word for elegy. In his piece of that name Leonard Slatkin is remembering his parents. Both of Slatkin’s folks were significant and versatile musicians – Felix a violinist, conductor and arranger (including for Frank Sinatra and Nat ‘King’ Cole), Eleanor (née Aller) a cellist. They co-founded the eminent Hollywood String Quartet (alongside, for the most part, Paul Shure and violists Alvin Dinkin or Paul Robyn, certainly on the numerous distinguished recordings, which can now be found on the Testament label), and both played in foremost film-studio ensembles – he was concertmaster of the 20th Century Fox Orchestra, and she led the cellos for Warner Brothers. Korngold wrote his Cello Concerto for her.

Kinah is a belated tribute from the son to his parents, Brahms’s Double Concerto enshrined within it, a piece scheduled for them in 1963 as soloists with the Glendale Symphony (in Los Angeles) that never took place, Felix suffering a fatal heart attack between rehearsals and the concert. He was 47. Leonard Slatkin comments: “I really never had time to mourn, and so it seemed right for me to compose this brief Elegy as a tribute to both my parents. My father would have turned 100 this December [2015] and my mom would have been 98.”

Kinah is scored for metal percussion, four horns, two harps, celesta, piano, strings, and off-stage flugelhorn, trumpet, violin and cello. In this its second performance (the premiere took place the night before), Kinah lasted thirteen minutes and proved to be something of a cosmic creation. 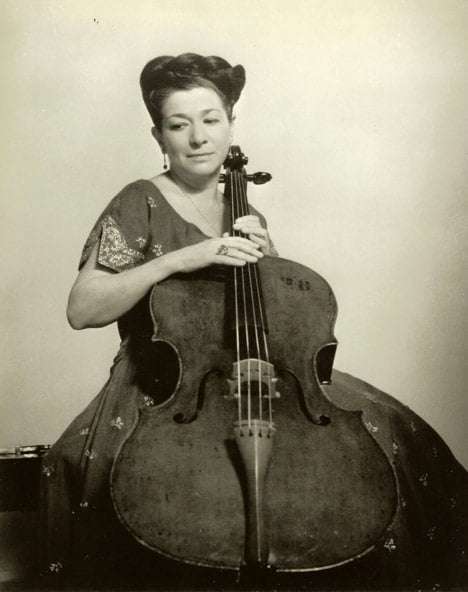 Kinah opens as if bathed in consoling light, and with percussive strokes. The mellow sound of a flugelhorn and, later, the more-intense ones from trumpet are heard from afar (the latter instrument perhaps posing as in Charles Ives’s The Unanswered Question). There is also gentle chanting from harps and chimes, and eloquence from massed cellos (beautifully played). String rustlings, with an aleatoric element, remind of Lutosławski. Coolness, almost from another planet, may be heard in decorative percussion, and there is deeply felt beauty too, almost Pärt-like (reminding, albeit to a cut-off point, of his Cantus in memoriam Benjamin Britten) if more varied and embracing, and ethereal use of harps and piano contrast with feverish moments from horns and percussion.

The Brahms Concerto, the opening of its slow movement, comes from afar too, on the composer’s chosen solo instruments, as if calling from ages ago, surrounded by orchestral halos (here having to survive rude coughing from some in the audience) and with a soft gong stroke to infinity.

Kinah held the attention and stays in the consciousness, music that is very personal but also with a powerful outreach. Frederick Zlotkin, Leonard’s younger brother (Zlotkin was the family’s original name), played on their mother’s cello. He, alongside violinist Kimberly Kaloyanides Kennedy and Hunter Eberly on flugelhorn and trumpet, as well as those other members of the DSO, all contributed to making Kinah music that goes beyond its initial inspiration. 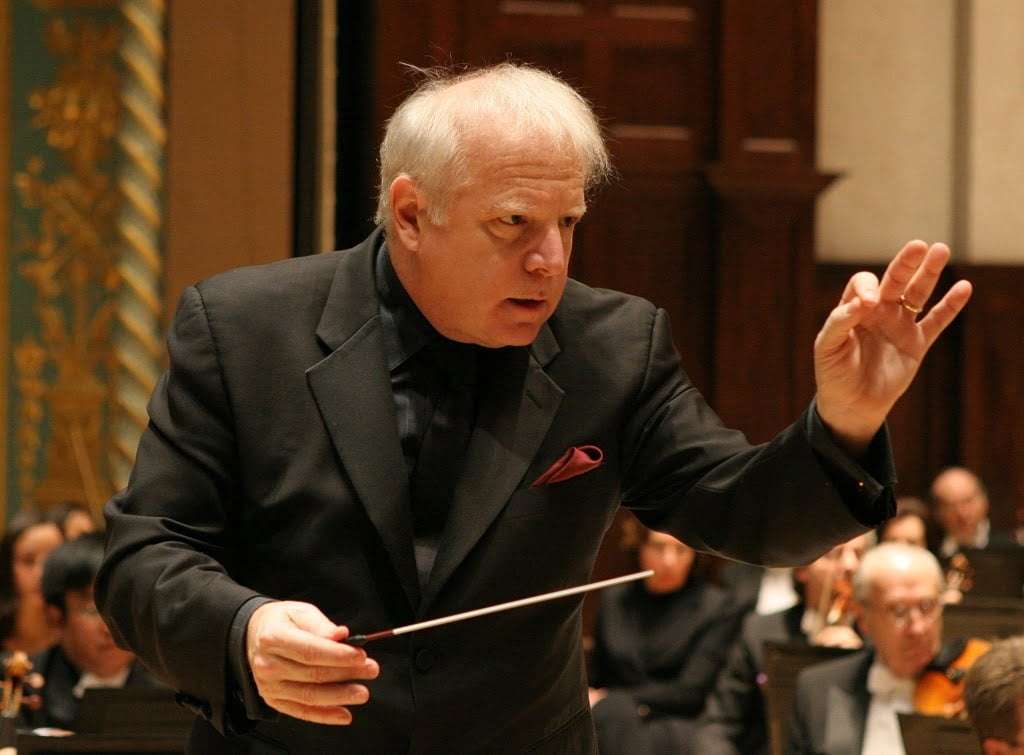 If an interval was perhaps unexpected, it was advantageous to gather one’s thoughts, after which Mahler’s ‘Resurrection’ Symphony proved to be the perfect fit, given a reading notable for its musical integrity, tremulous, gutsy and wailing from the off. There was a clear funereal tread to the opening movement: nothing showy about this Mahler 2, it being more reflective and darker than can be the case. Slatkin’s organic approach, without sacrificing volatility and eruption, was a stream of consciousness and yielding a more-inward and troubled sense of contemplation.

The second-movement Ländler was given a gentle lilt, the strings’ warmth and expressive prowess catching the ear. Slatkin went straight into the next movement, the ending two pizzicatos answered by the arresting two-note timpani motif for the swirling Scherzo, inherited from Des Knaben Wunderhorn (‘Des Antonius von Padua Fischpredigt’, St Anthony talking to fish), vividly detailed, deftly played, and with a particularly ripe trumpet solo (Eberly again, no doubt). ‘Urlicht’ (Primeval Light, also from Wunderhorn) introduced the rich mezzo of Kelley O’Connor, which triggered responsive brass-playing, her imploring story-telling holding the stage until disrupted by the opening of the Finale. Its scene-setting was pregnant with anticipation, the eruption to the march, and the tempo for the latter, perfectly judged, as were the off-stage perspectives for the band.

With the arrival of the chorus, Slatkin had a baton change and used the one that Mahler drew upon as a conductor during the period of his composing the ‘Resurrection’, presented to Slatkin by Gilbert Kaplan (an authority on the Symphony) earlier in the day. Melissa Citro’s contribution was brightly vibrating (sometimes uncomfortably) and the youthful choir brought humanity to Klopstock’s poem, which culminates (as translated):
“Rise again, yes, rise again,
Will you, my heart, in an instant!
That for which you suffered,
To God will it lead you!”

A slight ensemble hiatus aside, chorus and orchestra disagreeing as the music pushes ever upwards, there was a liberating feel to the uplifting closing measures, the lofty place the Symphony had been heading for these 85 minutes (or so), leaving a very positive impression of togetherness and optimism – much-needed in these tense and troubled times.