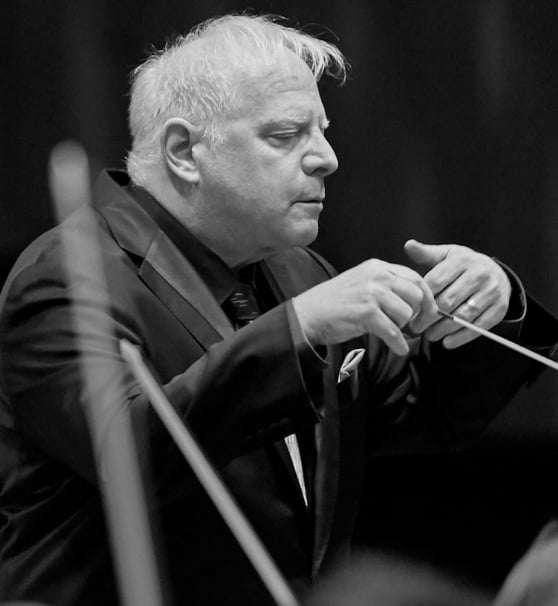 Let’s play ‘Desert Island Symphonies’, a fun if frustrating game. If ever having to choose one such work from the numerous masters for tropical if lonely paradise, I’d opt for the ‘Eroica’, Brahms 2, Tchaikovsky 4 – I won’t go on – save Haydn would be impossible: how to select from such consistent genius. In Mozart’s case, it would be the ‘Prague’ Symphony, one of those love-affairs that will last when the music is of such seducing splendour, virility, pathos and bubbly wit (there isn’t a Minuet). Summary: contrapuntally miraculous and harmonically powerful.

Thus Leonard Slatkin and the DSO opened the final lap of their six-tiered Mozart Festival with K504. One of its finest interpreters was Rafael Kubelík – there are studio and live recordings available, and I heard him conduct it with the LSO – who brought old-world charm as well as dignified pacing to this wonderful work while digging deep into its expressive potential. Slatkin is in a similar mould; measured and weighty first off (excellent crisp timpani) then energetically animated, exquisite in the middle (short grace notes, perfect), and frolicsome to finish (the Finale no faster than it need be); all crisp and shapely in the playing … pretty damn marvellous.

The Flute and Harp Concerto contains many delights, not least a poignant slow movement, pure romance here, which is bookended by amiable outer ones, both with the occasional suggestion of Handel (and, of course, Mozart arranged Messiah and also Alexander’s Feast). Positioned to the conductor’s right, Sharon Sparrow (DSO assistant principal) and Yolanda Kondonassis (guest) made a fine duo, the flautist enchanting and the harpist rippling evocatively in bucolic music attractively accompanied. 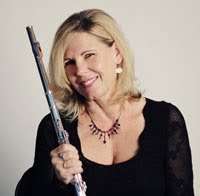 “The last one’s always in front…”, Slatkin’s wry comment regarding a straggling member of the audience making his way to the first row … got a laugh. Following the conductor’s restored contemplation we arrived at the final reel of the Mozart Festival to illustrate his ultimate Symphony, the godly ‘Jupiter’, given with breadth, clarity and character, and linearity worthy of a hallowed musical genre. Following a first movement of irrepressible momentum, the slow one took on a sacred quality, and the Minuet and Trio was rather jaunty, all leading to…

Slatkin has been generous with repetitions during this series, but not a slave to them, so the crowning glory was him observing both repeats in the Finale, rarely done by conductors of yesteryear (Boult, London PO, and Leinsdorf, Boston, being notable exceptions in their respective recordings), but structurally vital to give this, in every sense, ultimate movement a dimension that is commensurate with what has gone before it and also serving to delay (or we arrive at it too soon) the extraordinary five-part fugal coda, here with antiphonal violins clarifying the counterpoint and trumpets adding a jubilant flourish … musical Heaven!

This three-week immersion in Mozart’s music has been exhilarating and enlightening, Leonard Slatkin and the Detroit Symphony Orchestra bringing something distinctive to their Amadeus adventures, his music alive and well in the 21st-century rather than existing in an 18th-century vacuum … and so it was farewell from the conductor’s period hairpiece (first seen in concert one) and Wolfie, the DSO’s cute Mozart mascot.

About this time next year the DSO Winter Festival becomes geographical: expect something à la française.