Puccini
Tosca – melodramma in three Acts to a libretto by Giuseppe Giacosa & Luigi Illica, based on the play La Tosca by Victorien Sardou [sung in Italian with, on webcast, English subtitles] 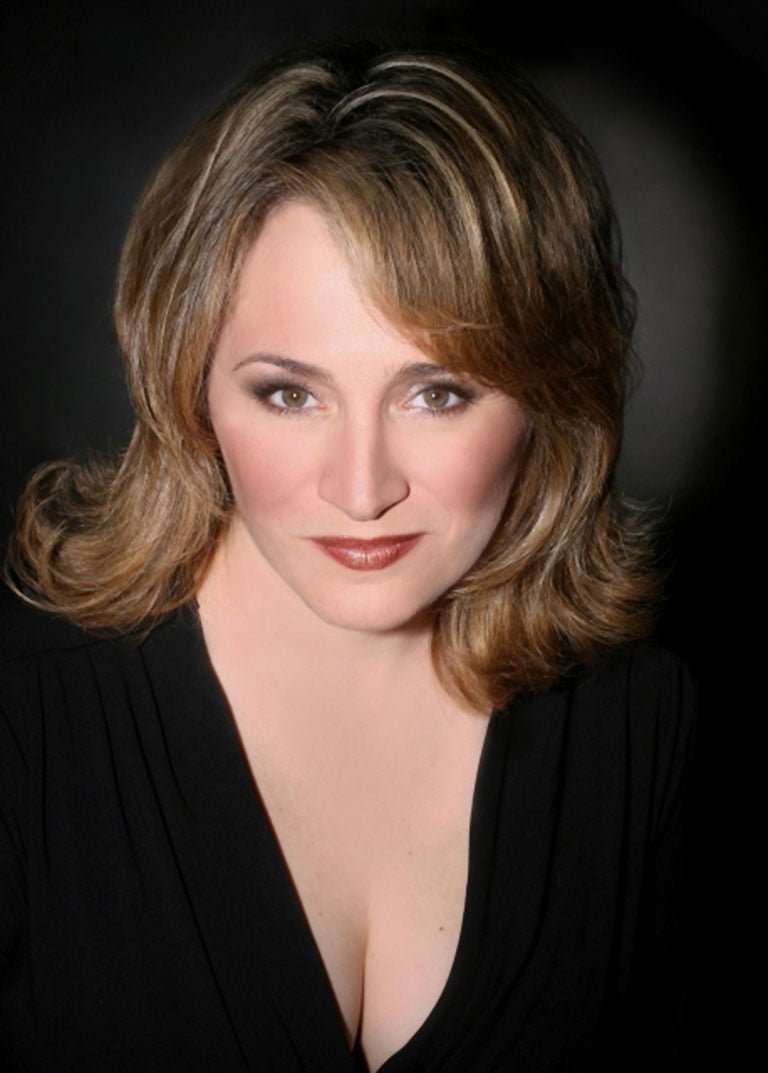 Love, suspicion, political corruption, torture, murder, a duplicitous firing squad, and a suicide – Puccini’s Tosca, a grandstand way for the Detroit Symphony Orchestra and Leonard Slatkin to complete their 2014-15 Season.

Rarely has Scarpia’s malevolent motif, toweringly brassy, which opens the opera, sounded so blackly threatening, the corrupt, evil and much-feared Rome chief of police. Thus the performance was immediately vivid, Angelotti, the escaped political prisoner, describing the church in which he has sought sanctuary. Without the possible encumbrance of a director going against the music and a composer’s detailing, a concert rendition frees the imagination, and anyway the libretto (aided here by subtitles) and the music tell the story, and feed the ears – and if anyone knew how to manipulate a listener’s emotions, it was Puccini. 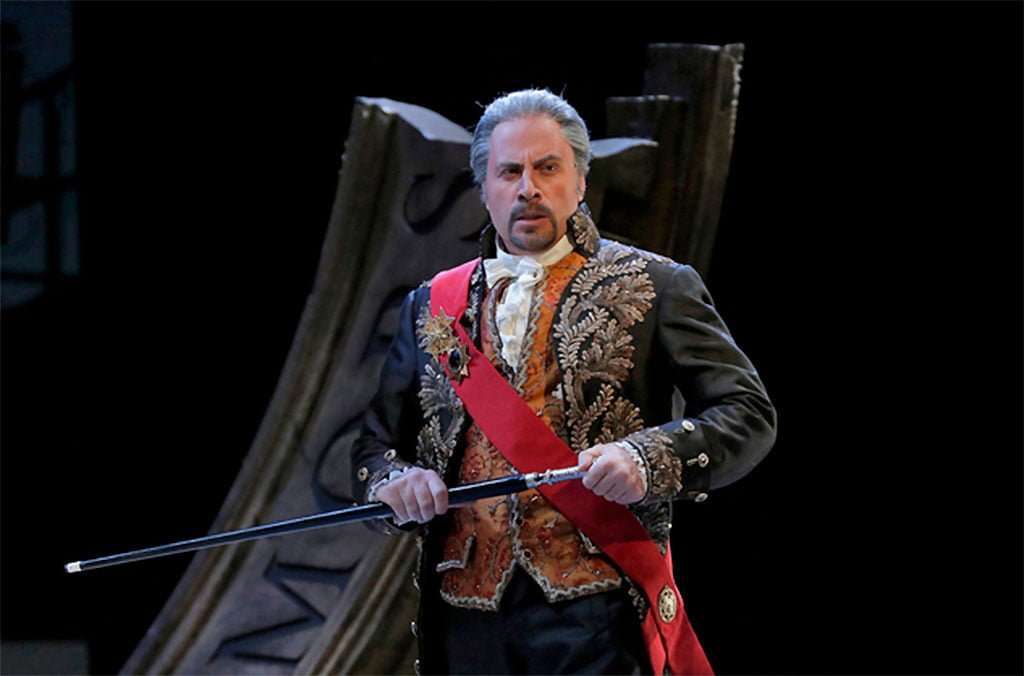 This semi-semi-staging (the second) featured entrances and exits, the singers were formally dressed, and all without scores, and the stage allowed space for movements and gestures, and there was the unexpected sight of the adult and children’s choirs stealing in-front of the orchestra if soon dispersing but returning for the Act One ‘Te deum’, this following Scarpia’s first in-person appearance, Raymond Aceto (replacing Eric Owens) imposing and evil-incarnate as the man that allows nothing and nobody to get in the way of what he wants, and he not only wants power at any price (“I savour violent conquest”), but also preys on the honourable Tosca whose suspicions about Mario’s fidelity he feeds.

James Valenti was in glorious voice as Mario Cavaradossi, the artist in love with Floria Tosca (although she is convinced he is being unfaithful – it’s all in the eyes of a royal in the portrait he is painting, and through Scarpia’s poison). Patricia Racette presented the loyal but suspicious diva with unwavering devotion; their interactions were electric, whether in genuine rapture or, in Act Three, in anticipated escape. 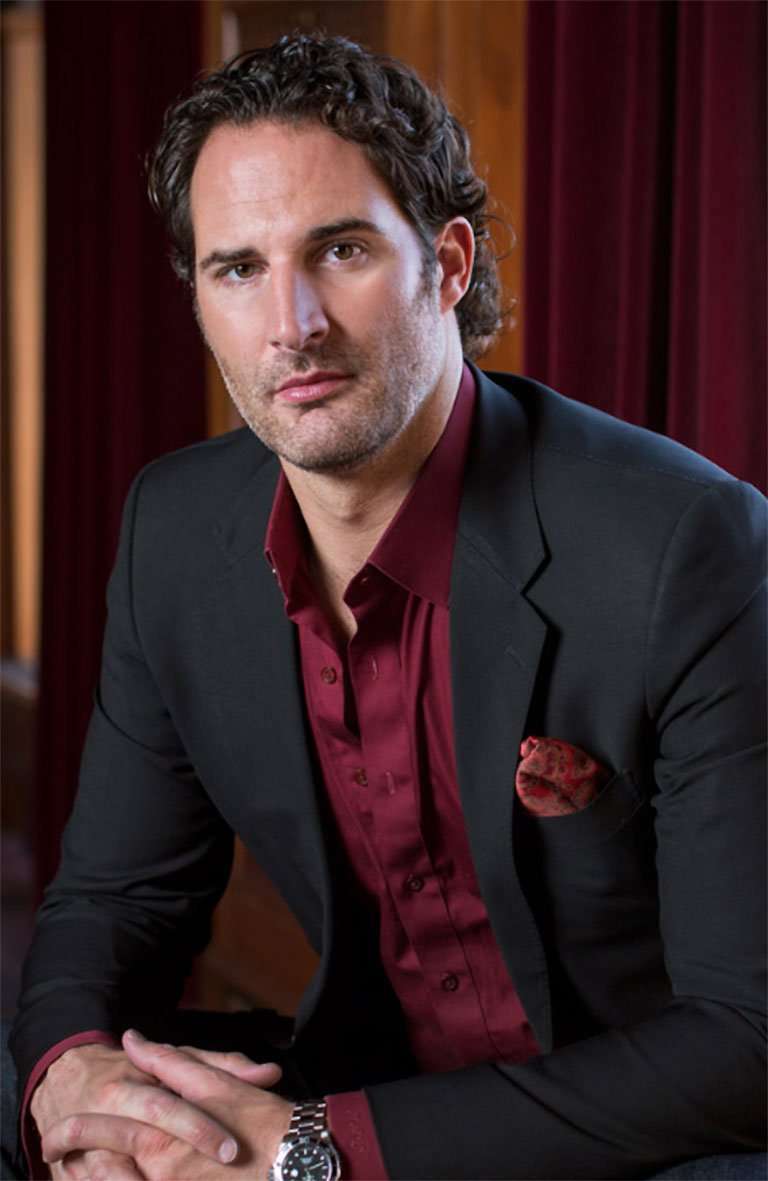 Act Two finds Cavaradossi being tortured by Scarpia’s henchmen – the boss himself callously enjoying supper (props included a decanter and a couple of glasses, and a handsome plume of a pen). Tosca arrives for a suspenseful and bartering encounter with Scarpia, Cavaradossi’s cries of pain heard from the distance. Racette’s ‘Vissi d’arte’ (“I have lived for art … for love”) was sung from the heart, then having got Scarpia to grant her and Mario a safe passage, his advances cause her to stab him (“Tosca’s kiss”): gripping and chilling stuff!

Act Three (opening here with some stirring horn-playing) is problematical even in a staging, for not much happens until last-rites-time for Cavaradossi (a jailer in attendance, and not forgetting a lovely-sounding quartet of DSO cellos and some beguiling clarinet contributions from Ralph Skiano); but the dawn of a new day, bells-a-plenty, gave boy-soprano Abraham Frank an opportunity to shine, taken ably. When Floria and Mario are re-united it is with the Scarpia-signed papers in her hand and then with her confessing to his murder; their exchanges are passionate. The future is bright, once the unloaded-gun execution has taken place (unseen here but for recorded gunshots, and the squad itself momentously portrayed in the orchestra) the couple can leave, save the bullets are real. Mario is dead, Floria is now pursued by the authorities, so over the battlements she goes.

Aside from audience-clapping that broke the flow, this was a compelling account broadcast to the World. Slatkin’s conducting was scrupulously observed and wholesome, and was vividly, powerfully and sensitively projected by a top-form and relishing DSO, the strings especially lustrous – Puccini’s superb and descriptive scoring and the opera’s powerful state of affairs given full vent, the folks in the Al Glancy Control Room doing an impressive job in presenting vivid, well-balanced sound and good pictures for something that for the singers was not static.

However tragic the opera’s denouement, for Joseph Kerman’s “shabby little shocker” read instead my banner headline, “DSO Tosca is a Triumph”. We get Richard Strauss’s Salome this time next year.