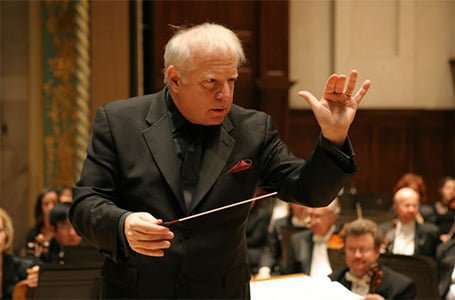 From shady and shadowy beginnings, out of the gloom emerges a proud Viennese waltz. So begins Ravel’s World War One-motivated La valse, well-heeled society becoming embroiled in conflict. The Detroit Symphony Orchestra glinted and gloried its way through Ravel’s fastidious score, the screw tightening until conflagration intrudes and catastrophe is catapulted to the abyss-entering coda, a little soft-grained here. La valse is a difficult work to start a concert with, and better ends an evening; nevertheless the DSO and Leonard Slatkin displayed a dancing-couple unity, not to be put asunder. 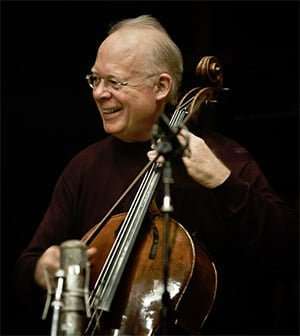 Dvořák’s expansive Cello Concerto was one of several works that he composed while in the United States (not least the ‘New World’ Symphony). This reading began with particular purpose under Slatkin’s direction, a poetic contrast then made for the gorgeous horn solo. Lynn Harrell continued the urgency and contrasts. As broadcast, his tone was wiry rather than rich, but the performance was emotionally satisfying, Harrell’s long experience and unvarnished ‘of the minute’ response getting to the heart of the matter. There was some fine interplay between soloist and orchestra. Much sensitivity and passion informed the slow movement, and a purposeful and reflective (tenderly expressed) finale wrapped up this bracing and moving rendition. In fact, given the turbulent conclusions to this work and Ravel’s, their pairing was apt.

A few hours prior to this concert, the great cellist Janos Starker had passed away. He was 88. Slatkin made several recordings with him, the cello concertos by Dvořák, Elgar and Walton, and Richard Strauss’s Don Quixote. Lynn Harrell’s address to the Detroit audience left in no doubt as to Starker’s influence on him, which then took on the soul-searching import of unaccompanied Bach.

Upheaval also informs Charles Ives’s Fourth Symphony. This live webcast (3 p.m. in Detroit, five hours later for your in-London reviewer) concluded with this remarkable achievement. Written for a huge orchestra (including three pianos, one tuned a quarter-tone sharp, much percussion, and with some musicians placed afar), if lasting only about 35 minutes, Ives 4 (1910-16) is imposing and speculative from the off, expressively affecting in the short (4-minute) ‘Prelude’, the chorus intoning “Watchman, tell us of the Night” and goes beyond the world as we know it. The whole may be stylistically discombobulating, but it adds up. Not heard complete until 1965, by then Ives was dead eleven years, when Stokowski led the first complete performance (some movements had been given individual outings prior to this), it was a premiere that Slatkin attended – “I didn’t like it!”, he told us – and then gave an illustrated introduction to the second movement, entitled ‘Comedy’ and innocently marked Allegretto.

For all its daunting complexity and seeming pandemonium, this movement makes use of American popular hymns and patriotic tunes (which turn up in other Ives pieces). It’s very serious, and thrilling in its cosmic interplay, and with some starlit repose; Teddy Abrams conducted one lot of music, Slatkin another lot, meeting/not meeting. In the third-movement ‘Fugue’, Ives looks back to his younger, more-conservative self, if with some harmonic curdle, and eloquently turned here. The finale contains arguably the symphony’s greatest and most-visionary music, building and building, wordless voices then taking us to an “unknown region”, as Walt Whitman has it.

This is music that has attracted Boulez, Ozawa (the Boston Symphony played Ives 4 in London about thirty years ago), Robertson (BBC Proms) and Slatkin himself has led previous performances, not least with the Royal Concertgebouw Orchestra. This Detroit SO account sounded – and looked – spectacular (synthesisers called upon to create some of Ives’s effects, the theremin, for example), this composer’s music very much a concern for this orchestra at present – on May 10 in Carnegie Hall, Slatkin and the DSO play all four of Ives’s symphonies in a single sitting … which must be a first!