Strauss
Salome – Opera in one Act to a libretto by the composer based on Hedwig Lachmann’s German translation of the French play Salomé by Oscar Wilde [concert performance; sung in German with English subtitles] 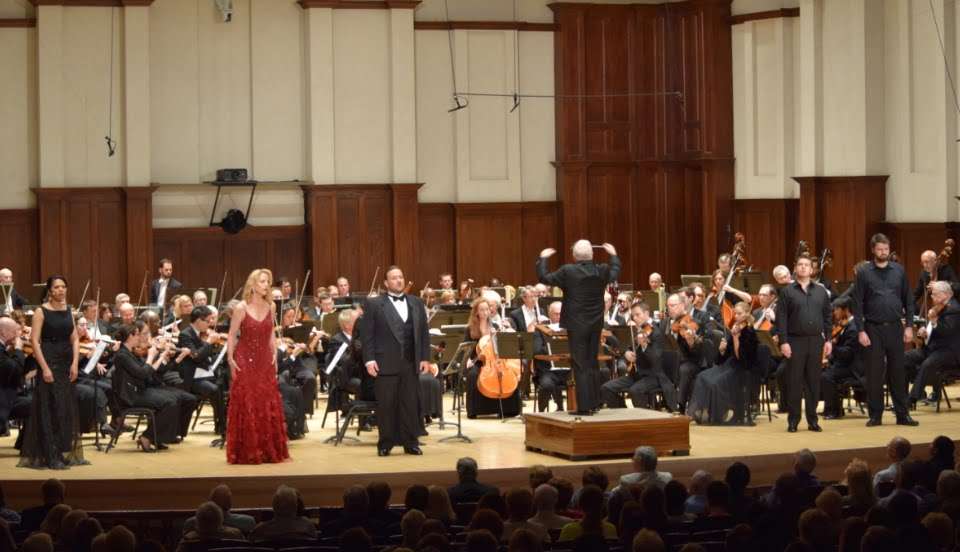 Salome on a Sunday? How shocking! Reprised from two nights earlier, the close of the current Detroit Symphony Orchestra season focussed on the rebellious, petulant and dissatisfied princess who wants the imprisoned John the Baptist’s head on a platter and is manipulative enough to dance seductively for her fearful stepdad Herod (he’s lusting after her anyway) at his request – removing seven veils in the process to help secure her sordid desires. Nothing holy here and it’s a dysfunctional family tree anyway.

The trappings of direction, props and costumes were here dispensed with. Aside from the singers’ entrances and exits and some interaction between the characters as befits the action, Richard Strauss’s innovative and far-reaching music took centre-stage (Elektra was still to come, then Der Rosenkavalier) and was handsomely performed.

It’s not difficult to realise that the opening is moonlit and eerie, and that Captain of the Guard Narraboth is also lusting over Salome; her rejection drives him to suicide. And protesting and preaching from his place of imprisonment, the principled Jokanaan (the Baptist) was ideally far-away and insular from his cell. Salome herself, ice-cold and scheming, wants to speak with him – hardly surprising when Daniel Sutin was so vocally superb, but Salome’s interest in him becomes more bodily, shall we say. 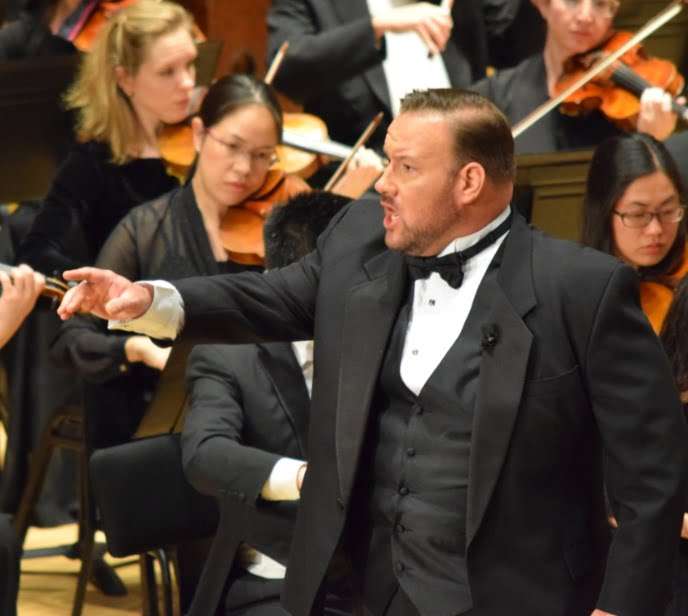 Herodias’s daughter (but not Herod’s) is fascinated by the prisoner, even more so when he is allowed temporary release, by her command; she is curious about his hair, and his mouth and wants to kiss it. Lise Lindstrom was fearless in her singing, acting with the voice. But then this was a stellar cast, right down to the smallest role, and all the formally dressed cast performed from memory.

When Herod and Herodias turn up the dysfunction deepens; she is his wife and also his sister-in-law: a “sinful” relationship according to the prophet. Herod is paranoid; he slipped in Narraboth’s blood and hears wings flapping. Chris Merritt and Jane Henschel were well-matched as the couple you wouldn’t have round for dinner, and both starred as musicians. A word on the English subtitles, so to speak; sort of useful but white letters against same-colour shirts and light-toned flooring made for tricky reading at times. Red would have been more appropriate and stood out.

So, this was an epic account of Salome the opera, pivoting on the moment when she, promised riches by Herod even if he’s not expecting her to demand John’s head, removes those garbs for his pleasure and for her to realise her carnal desires. Here the DSO had the dance-floor to itself and seduced in sound and teased in expression. The broadcast sound, a little too ambient, was well-judged in singer/orchestra balance and packed a punch at the biggest orchestral moments.

In the closing scene, Lindstrom held the stage and totally inhabited the deranged princess, soaring with chilled ecstasy, finally fulfilled by kissing the lips of the bloody severed head; in life John the Baptist had rejected the request. This revolts the Tetrarch who sends in his troops to rid Salome, the “monster”, from the world.

Leonard Slatkin conducted with pristine attention to detail and also with patience, creating, holding and building tension; colours and instrumental complexities were delicately and lucidly traced and fortissimos were vibrant and momentous. The DSO was superb and there was much to enrich the ears over 100 or so minutes; what emerged was a symphony with voices with a compelling if lurid tale to tell, to which all involved should be proud.