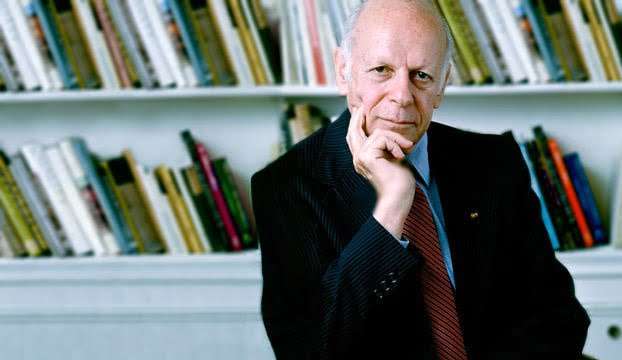 There isn’t perhaps much to connect Robert Schumann and William Schuman – not even the spelling of their similar-sounding surnames – but both wrote great music and each tends to be under-represented in concert programmes.

Leonard Slatkin and the Detroit Symphony Orchestra brought them together, opening with the magnificent Overture that heralds Schumann’s incidental music for Lord Byron’s Manfred prose. Full of romantic ardour, and an eternal longing, there was much passion and rumination coming from Detroit, all nicely timed and belonging, and the whole made for gripping listening. Then to Schuman 3, not played by the DSO since 1945! Trust Slatkin to restore this work to Detroiters and indeed the World. In addition, he premiered and first-recorded Schuman 10 (American Muse) and recently conducted No.6 in Chicago.

William Howard Schuman (1910-92), a centric New Yorker – born there, died there, Pulitzer Prize-winner, and President of Lincoln Center and head of the Juilliard School – and to my mind a formidable composer. His Symphony No.3 (1941, one of the “Holy Trinity” of American Thirds, the others being by Aaron Copland and Roy Harris) represents the first of Schuman’s Ten Symphonies (he withdrew the first two). It is divided into two parts, each being a pair of linked movements, ‘Passacaglia and Fugue’, ‘Chorale and Toccata’. Such time-honoured designations disguise music that is proudly American while also being universal in its powerful expression.

Starting eloquently in the violas, we are drawn into richly lyrical music (not far removed initially from the already-written Harris 3) before energetic strides and sonorous writing for brass invoke an athleticism that is all Schuman’s own and which thrillingly segues the ‘Passacaglia’ into an angular ‘Fugue’, the brass ringing out in Venetian fashion before woodwinds intertwine pastorally and then timpani initiate an heroic conclusion, one that goes only far enough to leave in no doubt that there is more to come. The slow ‘Chorale’ is contemplative, a trumpet solo raises the poignancy stakes, and a flute briefly anticipates Appalachian Spring. The string-writing is polyphonically complex, and winds and brass suggest a Vaughan Williams-like mysticism. The ‘Toccata’ rumbles in, the rest of the percussion is added only now, the woodwinds dance (the bass clarinet gets a show moment), cellos rough things up … so much one could describe … all leading to an exciting conclusion (side-drum rim-shots and all), virtuoso and optimistic, ecstatic … brought the house down, but then this was an arresting DSO account and Schuman 3 emerged as the stonewall masterpiece that it is; I hope this webcast won it new friends. 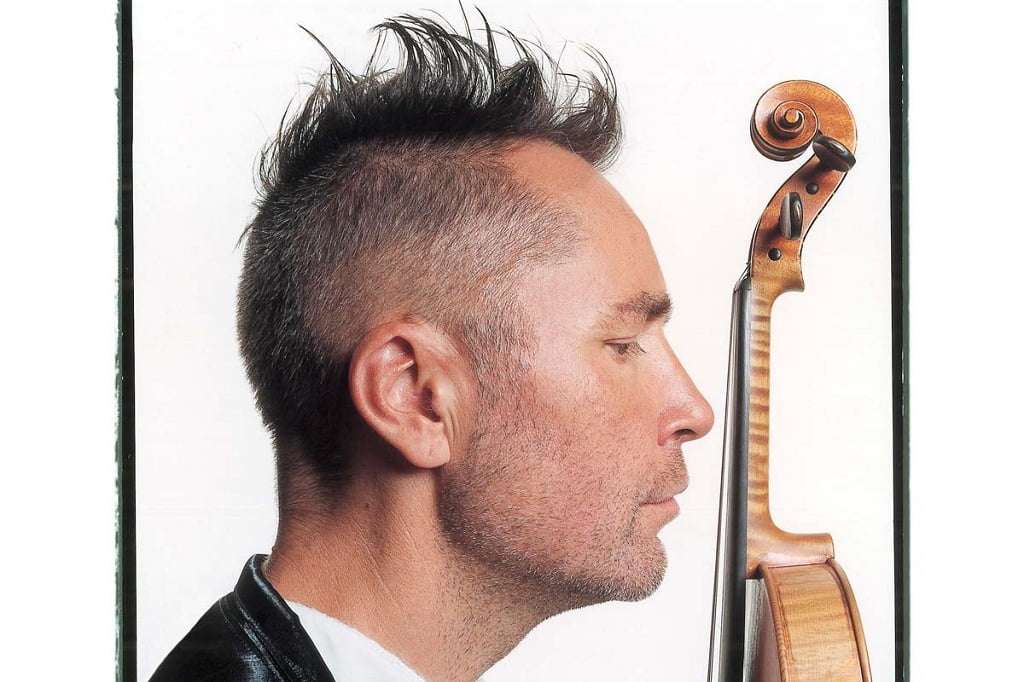 Koussevitzky (assisted in his preparations by a young Leonard Bernstein) gave the first performance of Schuman 3, in Boston, but leading up to it some cuts were made to the score, to different degrees of acceptance by the composer. The published score honours those excisions. With permission, Slatkin reinstated them some years ago in Washington, which DSO presenter Charles Greenwell alluded to, implying a similar opening-out here, but I believe he was mistaken and that what we heard was the available, and therefore cut, publication, go-ahead still remaining with the Schuman Estate for using the longer original.

Kennedy doesn’t change, animated and antic-prone, which can detract from what he’s really good at, playing the violin (sublime solo Bach at the Proms a few years ago, for example). I know little about his Dedications in terms of date(s), save the set has been performed in the UK and this, following on from the previous evening, was a DSO premiere rather than an US one. If its jazzy/country appearance here seemed incongruous, then as a tenuous link William Schuman in his early days played the banjo, formed a dance-band and composed popular songs, not least with Frank Loesser. 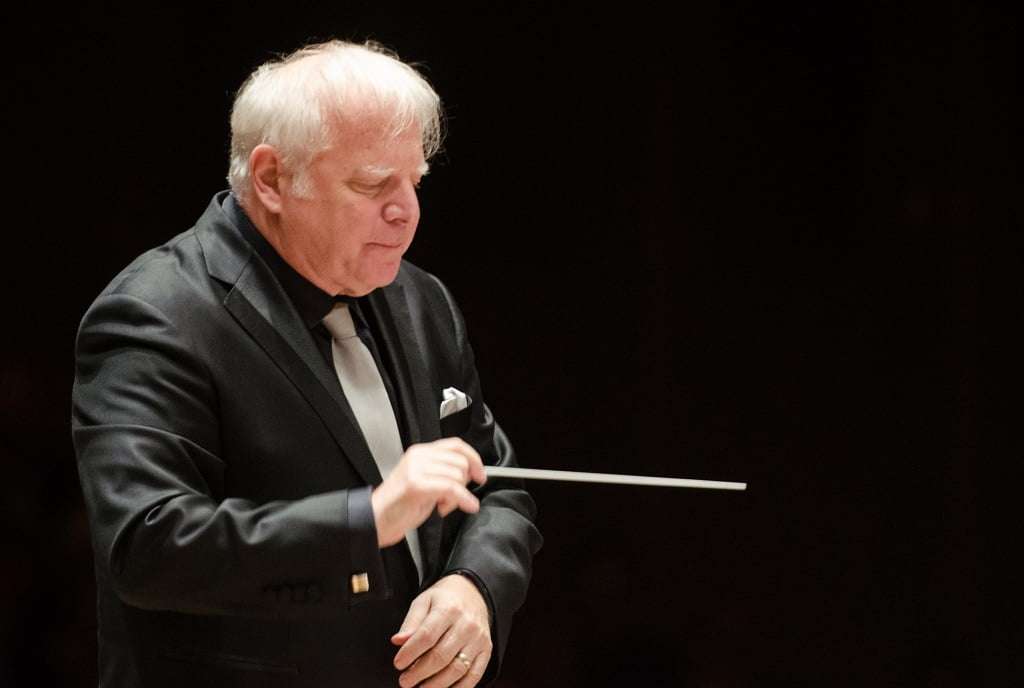 Kennedy was playing as he entered, and heavily amplified, his violin (as relayed anyway) was immediately edgy and off-putting, the broadcast sound then inconsistent, sometimes boosted as if in pop-style ‘design’ (if with channels now not reversed, as the first half had been, although the sound there was first-rate); maybe the intimacy that the visuals suggested was better attained in the hall. The music was agreeable enough without really engaging, although the execution (not least from the guitarists) was superb and ‘of the moment’, and there was no doubting Kennedy’s energy and expertise.

There was quite a lot of banter, running around and fist-touching; harmless enough but Kennedy doesn’t know when to stop, and it all started too early and became very resistible over an hour or so (if with no sense of mourning that Nigel’s beloved Aston Villa has just been relegated from the English football Premier League). Musically, his duetting with Kimberly Kaloyanides Kennedy (associate concertmaster, no relation) had an affecting curl and a kick to it, although Nigel’s constant foot-stamping did come across like a one-man demolition squad. The Mark O’Connor arrangement took off, ‘hot club’ indeed; and, later, Jimi Hendrix’s ‘Purple Haze’ (with a hint of Khachaturian, maybe) was a highlight.

Slatkin, poised between coordinator and spectator, dabbled at the piano – Rhapsody in Blue, ‘Chopsticks’… – and there was a disarranged version of Monti’s Czárdás and also a familiar TV sig-tune, for Bonanza I think (I used to like that, Ben, Hoss, Joe, the Cartwright family). Finally some unaccompanied Bach, not so sublime, this time, if hardly surprising when the bow was rasping on the violin and the only dynamic was deafening!

Still, it was wonderful to hear Schuman 3 again, a stellar Symphony given a spectacular re-appraisal.