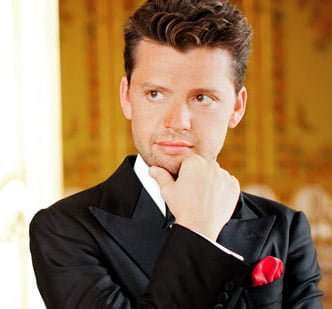 A traditional overture-concerto-symphony design formed this the fifth and penultimate Detroit Symphony Orchestra Tchaikovsky Festival concert, Leonard Slatkin opening the evening (there!) with the fanfares and swagger of the Polonaise from the most popular of the composer’s eleven operas, Eugene Onegin. Slatkin took a stately view of it, quite imperialistic, all chandeliers and ball-gowns, with a trio that tripped lightly but which was also tinged with melancholy.

Truth to tell, the Violin Concerto is not one of my favourite Tchaikovsky pieces, often seeming poorly constructed and variable in quality. Slatkin may well disagree – for him, no need of a score – he and the Detroiters offering a sympathetic and spot-on accompaniment (a pleasure in itself) to the magnetic playing of Julian Rachlin, who made much of the solo part without indulging it (mostly). Here was elegance, soul and fire, which served the work well. His tone wasn’t flattering though, as broadcast, somewhat ‘waspy’, maybe ‘sour’ is the better word, but the fault may lay with the control room, or what lies beyond it, for the DSO violins were lacking bloom, too. However, Rachlin spun an impassioned contribution, full of (gypsy) character and, well, raw communication – but this is a compliment and kept my attention: I smiled at the bold accelerando with which he and Slatkin drove into the cadenza, usually the weakest part of the Concerto, but kept on the boil by Rachlin. 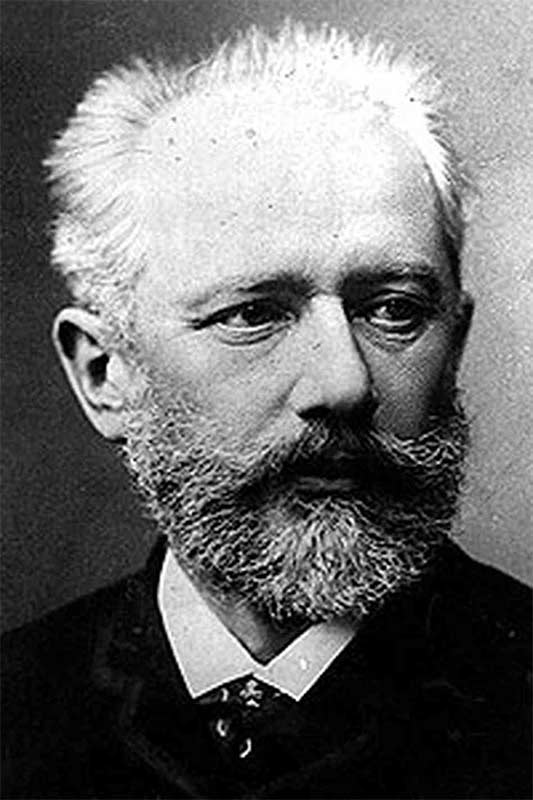 The work continued with two further movements (perhaps surprising some in the audience), the slow one, introduced by very personable woodwinds, wonderfully affecting in its impromptu expression, and with the finale cueing some intoxicated Cossacks for an impulsive outing during which Rachlin pampered the slower moments – I am somewhere between being critical and loving every moment! I am not sure who to liken Rachlin to, if needed, but Leonid Kogan (1924-82) comes to mind. Rachlin offered an encore, which I believe to be one of Ysaÿe’s solo Sonatas, of which there are six, all from 1923. It was long enough to probably be the single-movement No.3 (‘Ballade’), dedicated to George Enescu, and given with edgy expression and explosive force by Rachlin: really quite something!

It is scarcely credible that the last time the DSO and its music director did a webcast of Tchaikovsky 4 it was back in May 2013. It seems only yesterday! If the broadcast sound continued to be clean if lean, somewhat ambient and bass-light – albeit variably to being better than that – the performance was a cracker, looking deep into a great piece and opening with a majestic but still ominous brass summons. The first movement’s many moods were fully encompassed, Slatkin characteristically screwing-back the tempo at the height of the development for maximum sensation and then surging forward impassionedly. Another highlight was the interweaving of woodwind and horn detail.

The second-movement ‘canzona’ was most eloquently turned by the first-chair oboist and richly responded to by the strings in music that moves more and more to a dark side (superb bassoon solo), such melancholy punctured by the directly-into nimble pizzicato of the Scherzo, and its folksy and bluff Trio. When the plucking returned, Slatkin took something of a back seat. Wish he’d also gone straight into the finale (it would have avoided the grating clapping), measured enough to be festive rather than furious and embracing of the lighter material … but the Fate ‘motto’ returns … uncertainty reigns – however, it all comes to a glorious head, the Symphony firing to a victorious finishing post and, here, an unexpected cymbal clash on the final chord. Maestro: it worked just fine!

For Internet viewers, the final concert of the DSO’s #TchaikFest is live this Sunday at 3 p.m. EST: can’t wait for the 1812 Overture, it should be spectacular!