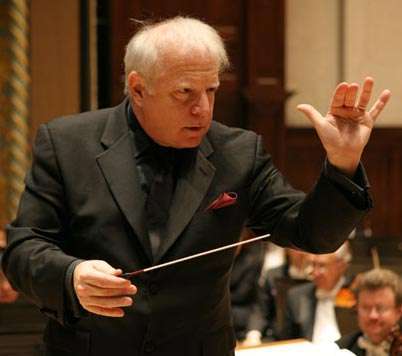 The Detroit Symphony Orchestra and Leonard Slatkin here continued their Tchaikovsky Festival with Marche Slave, another ‘short’ out of favour with concert promoters (particularly in Detroit it seems, not played by the DSO in a subscription programme since 1930!), yet it is a composition rich in ideas and incident, journeying ‘long’ to an uplifting conclusion. Slatkin (typical of him to revive this long-lost opus) and his players – gleaming trumpets, perky woodwinds, colourful and incisive percussion and sonorous strings – found the music’s solemn tread, decorous drive, wit, and the scintillation of the quick-paced coda. It was good to hear Marche Slave again – and in a terrific performance.

No danger that the First Piano Concerto will ever fall from grace! The horn-heralded ‘big’ introduction – very much a one-off, not returned to later in the piece – that announces the Concerto can bring the ironic smile of over-familiarity, although here the musicians’ grand conception knocked-out that particular response. 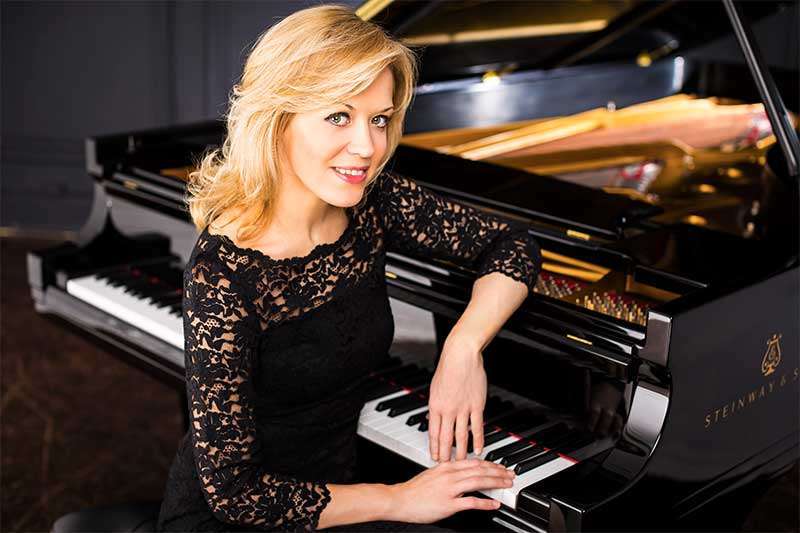 One certainly appreciates Olga Kern’s stylish musicianship and undemonstrative technique, yet she can force loud and fast passages to make them seem a little gratuitous (possibly due to a too-forward balance for this Internet relay). Good though that the Detroit Steinway had more weight than two days earlier (in Piano Concerto No.2). Consequently it was her quieter playing, and slower music, that proved the most endearing. Yet her rough-hewn honesty elsewhere also had a direct appeal in an account that found the first movement fresh and flexible (soloist and conductor in total accord) and the slow one – its initial eight pizzicatos very together and the flute melody seductively phrased – something of a sensitively rendered winter wonderland (see following Symphony!) with oboe and cello contributions also of distinction, although the elfin middle section might have found the dextrous Kern lighter in touch at times. As for the finale, easy to bully and make bombastic, it had a joyous step and a convincingly changeable way with the assortment of ideas; nothing staid or mechanical here – as the magnificent summation and the thrilling race to the finishing post proved.

It is quite understandable that Tchaikovsky’s Fourth, Fifth and ‘Pathétique’ Symphonies are scheduled as regularly as they are, but sadly to the neglect of the first three, each of them offering many rewards. ‘Winter Daydreams’ is a wonderfully evocative and poetic piece, stuffed full of memorable tunes and potent harmony, orchestrated with imagination, music that shivers into life (as befits a winter’s day) and engages throughout, be it the impetuous and wistful contrasts of the first movement, the deep Russian-soul beauties of the slow one, the balletic grace of the Scherzo – with its gorgeous Trio – and, emerging from and returning to lugubrious regions via high-kicking (Cossack) brilliance, the Symphony eventually concludes in rousing high spirits.

It’s a winner! Once they could start – seemingly delayed because of late-returning audience members, although the maestro dealt wittily with the moment – Slatkin and the DSO were truly engaged with the music (the conductor without a score) and totally attentive to its needs. Pacing was perfect all through; this is music that needs to breathe and be cared for, which it was, and there were some admirable solo contributions along the way, not least an eloquent input from the principal oboist in the Adagio, spaciously unfolded by Slatkin, deeply-felt, with dynamics closely observed, and taking us to a special place. The Scherzo had all the necessary lilt and sparkle, the Trio was generously opened out (anticipating the years-later Nutcracker); and the finale, from gloom to a victorious parade, was vividly drawn.

All in all this was a splendid Sunday matinee, the Tchaikovskian flag hoisted with honour.