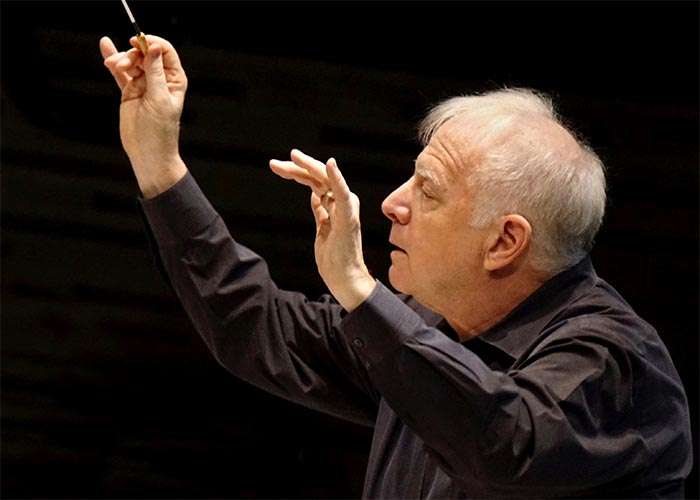 As first conceived, William Walton designated Façade as “An Entertainment”. Using Edith Sitwell’s wacky poetry, Façade started life for speaker(s) and instrumental ensemble (including sax, trumpet and percussion), first heard privately in 1922, then in public the following year, both in London. Following which Walton orchestrated selected movements into two Suites (1926/38) and later still added to and revised the original conception.

To open this latest Detroit Symphony webcast, Leonard Slatkin conducted the first Façade Suite, music of wit, spoofs and illusions. The music’s drollness, slyness and amusement – composed with imagination and sophistication – was all stylishly addressed by the DSO and its maestro, whether yodelling (Rossini being the apple of Walton’s eye), variedly dancing – footloose and, pre-Bernstein, fancy free.

Brecht and Weill’s Seven Deadly Sins is a theatre piece from 1933 that was composed in Paris post the creators leaving Germany. Effectively anti-capitalist, the Sins themselves are set in seven American cities. One singer takes Anna I and Anna II, very different people, maybe she is schizoid, talking to herself, suggesting (entirely serendipitously) the end of Hitchcock’s Psycho when Anthony Perkins (who has earlier knifed Janet Leigh in the shower to stabbing music) is both Norman Bates and his mother. To be honest, although there is some engaging moments in the score it’s not a piece that does much for me overall, although it could only be by Weill. 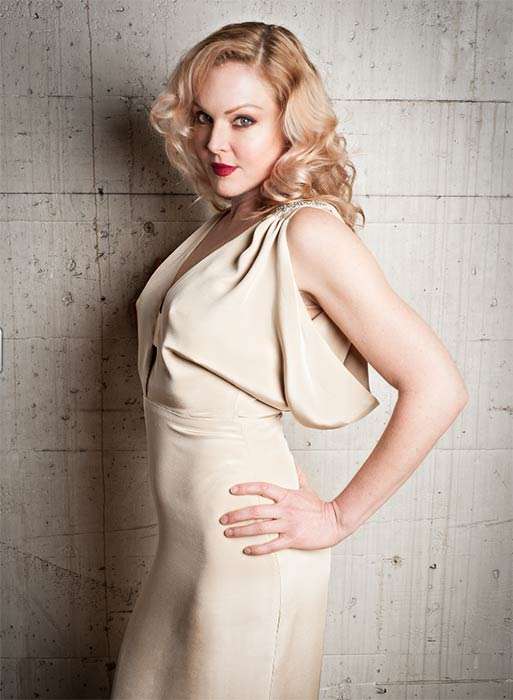 The performance was terrific, though, whether from the DJ-attired guys of Hudson Shad, the required members of the DSO and a sympathetic Slatkin, or Storm Large, who, with a few props, was fantastic – what chutzpah and charisma, and excellent diction. Did she need to be amplified though? As broadcast, it wasn’t that she was too loud (if louder than the vocal gents when consorting with them) but she and they sounded very edgy, although the ‘natural’ orchestra was not overshadowed. It’s a regular grouse of mine, and anyway if I don’t get the piece, I certainly got this attention-grabbing rendition.

Leonard Slatkin has been a long-term champion of British music (Britten, Elgar, Vaughan Williams…), and following a notable recording of it, with the London Philharmonic, that he was returning to Walton’s formidable and marvellous First Symphony can only be good news. Finally finished in 1935, the last movement having caused the composer delaying problems, this is passionate and deeply-felt music that is consistently compelling. Slatkin and the DSO did this demanding work proud, powerfully, incisively and eloquently.

The first movement was a fine marriage of clarity, energy, declamation and intense lyricism, all coiled-springing themselves to a tremendous timpani-fuelled coda, played heroically. With the Scherzo, Slatkin judged to a nicety a tempo that gave Presto quickness but also encompassed shadows, rhythmic definition and, indeed, maliciousness (Walton’s marking is con malizia) that here developed insidiously.

By contrast the con malincolia slow movement was spaciously laid out – poignant, painful and chillingly climaxed. Although Walton eventually solved the Finale dilemma, whether the Symphony itself resolves is another matter. For all the grand gestures (here filmic, Olivier/Shakespeare scores in the wings), drive and fugal brilliance, when we reach full combustion and ultimately, via a heart-rending trumpet solo (here phrased compassionately), all guns are blazing, the suggestion is of danger lurking, those final chords a premonition that require, and received, a few seconds of silence to take in such implications. Whooping acclamation followed.

If I were a headline writer it would be “Slatkin & DSO Nail Walton One: Al Glancy Control Room In Cahoots”.