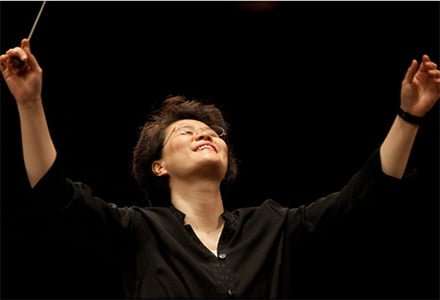 A most attractive programme, each work a hardy perennial, which Mei-Ann Chen, Music Director of the Memphis Symphony Orchestra and of the Chicago Sinfonietta, conducted with aplomb and insight for the second time of asking, for this Detroit Symphony concert was literally given on the morning after the night before.

The Mozart first half opened with the Overture to The Magic Flute, crisply together and sonorous in the majestic introduction, the allegro that follows not rushed, given time to shape and express the music rather than metronomically forcing it along. There were some lovely woodwind contributions, with trombones well blended, and alert strings.

Given he is most associated with unravelling some of the knottiest piano music, that Marc-André Hamelin should be playing the elegant and witty K453 may be thought of as odd casting; but that would be to pigeonhole him and to also forget his excellent Haydn for Hyperion. Mei-Ann Chen led off with a vibrant and expressive exposition to which Hamelin responded with a gentle touch and lucid playing full of affection. This was a lovely performance, much pathos unveiled in the slow movement, Hamelin sensitive and ecclesiastically expressive, flute and oboe principals contributing much, and the extended darkly confidential cadenza, presumably Hamelin’s own, was rather wonderful. With the variation-contrasts of the finale, leading to the comic-opera coda, there was some endearing interplay to savour, musical shape and characterisation taking precedence over speed and showmanship. 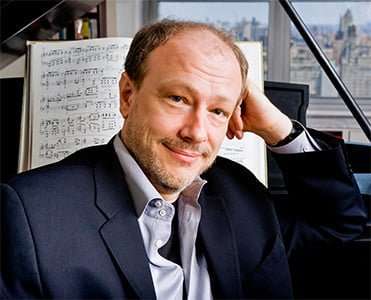 To part the second and Felix Mendelssohn’s teenage miracle of an Overture for Shakespeare’s play, here breathed into life by ethereal woodwinds before strings (whether played with bows or plucked) were heard with starlit transparency in a reading of generous expression and much beguiling detailing; no ophicleide (an obsolete member of the bugle family, although there are some around still), but the substitute tuba was touched-in with discretion. The sunny ‘Italian’ Symphony had time on its side too, but for all that one admired the poised delivery, and the graceful turns of phrase, the first movement was just a little sluggish, by a hair’s-breadth, although good that the exposition was repeated – one of the most mandatory of reprises and not just because Mendelssohn crafted numerous lead-back bars. The nocturnal march of the second movement was lovingly attended to although the curvy lines of the blissful third were just a little hasty. As for the ‘Saltarello’ finale, the tempo was again just under to convey fully a dancing impetuosity and give the music a bit of a sting, but the clarity was admirable.