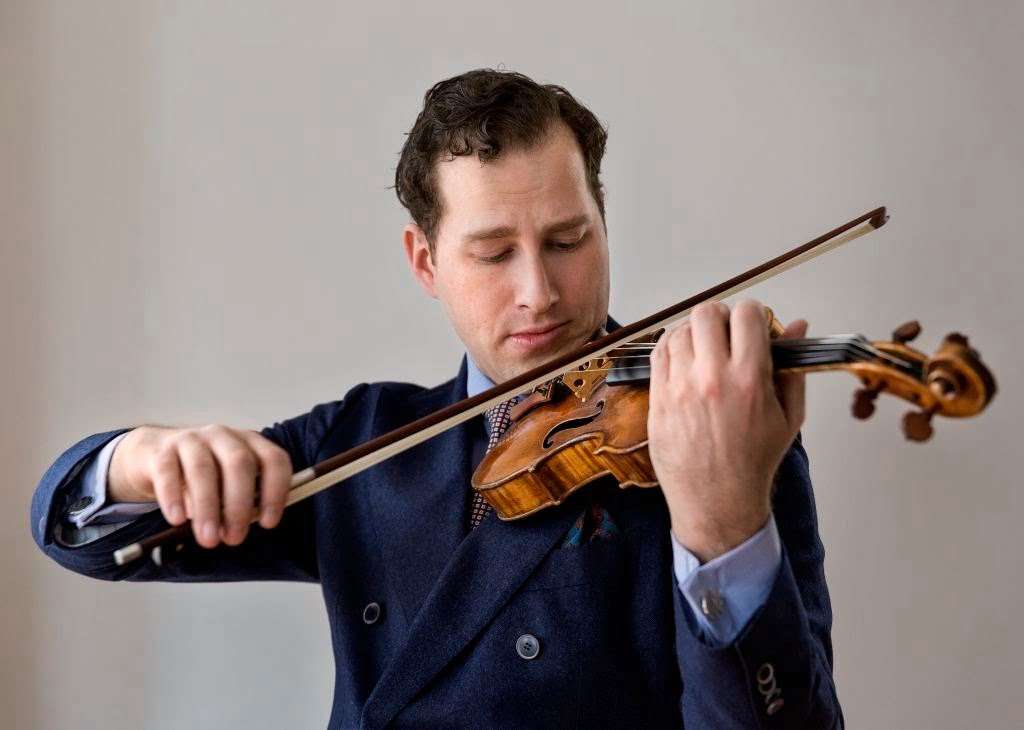 Nikolaj Znaider opened this Detroit Symphony Orchestra concert (and its latest webcast to the world) with an ear-catching account of an early Mozart Violin Concerto, given with vigour and purpose. It was certainly lively in the first movement, arguably hectic, and not without some over-contrived changes of timbre (sweet and sour). Mercifully the (non-credited) strong-armed cadenza was short. The middle movement could have done with a little more poise, but its Elysian character was more than hinted at as it breezed by. The Finale, for all its Presto marking, sounded on the hasty side, if given with togetherness, and indeed the DSO (strings with pairs of horns and oboes) offered virile and tactile support. K207 is no masterpiece but it is enjoyably urbane, and if the composer were unknown it would have the listener searching for more of his music.

Normally the DSO plays with the violas sitting outside-right, certainly for music director Leonard Slatkin and most guest conductors. Znaider had the cellists in the violists’ spot; fair enough, but all this music was written with antiphonal violins in mind…

Some of Mendelssohn music for Shakespeare’s A Midsummer Night’s Dream came next. The (separately written, Opus 21) Overture was passed over. The ‘Scherzo’, for all the neat playing and vivid detail, would have benefited from a tempo just a few-degrees less-fast and a more-elfin touch. The ‘Intermezzo’ responded well, however, to impassioned pressing ahead, paid-off by superbly otherworldly cellos and buffoonish bassoons. A proper amount of space informed the ‘Nocturne’, led by distinguished horn-playing (and, unfortunately, haunted on the broadcast by terrible aural interference and a temporary loss of sound and picture). Of course, the sequence ended with (while not forgetting Lohengrin) the ‘Wedding March’, crisp and regal. As relayed, dynamic variance was limited.

Less than a year ago the DSO and Slatkin travelled a six-programme Tchaikovsky Festival, which included all the numbered Symphonies. Too soon to return to No.4, I wondered. Under Znaider, the ‘fate’ motto that opens it might have imposed more but he found infinite sadness in the measures that follow. Sometimes, it’s the very littlest things that suggest a conductor hasn’t quite connected with an orchestra, yet the musicians are also doing their damndest to accommodate the maestro’s approach. There were a few instances like this in a reading that had variety – between bland and taking-off. It wasn’t that Znaider was eccentric or even interventionist – although the first movement could be said to have been a little too flexible – it was just that something – that indefinable Factor X – was missing, not the sort of thing you can pin on a notice board.

Yet the second-movement Andantino, led by an exceptionally eloquent oboe solo, and garnering warm strings and decorative woodwinds, was simply affecting and the move to melancholy sensitively managed, following which the pizzicatos of the Scherzo (attacca, ditto Slatkin) were orderly yet effervescent, the Trio characterised drolly. It was also straight-into the Finale, quite festive (trenchant) until ‘fate’ returns, but storm-clouds were (too) easily blown away by the dancing-for-joy coda – for maybe there hadn’t been enough dramatic tension set up in the first movement for us to have got this far. Even donning headphones, I couldn’t hear the triangle’s ping on the final chord!