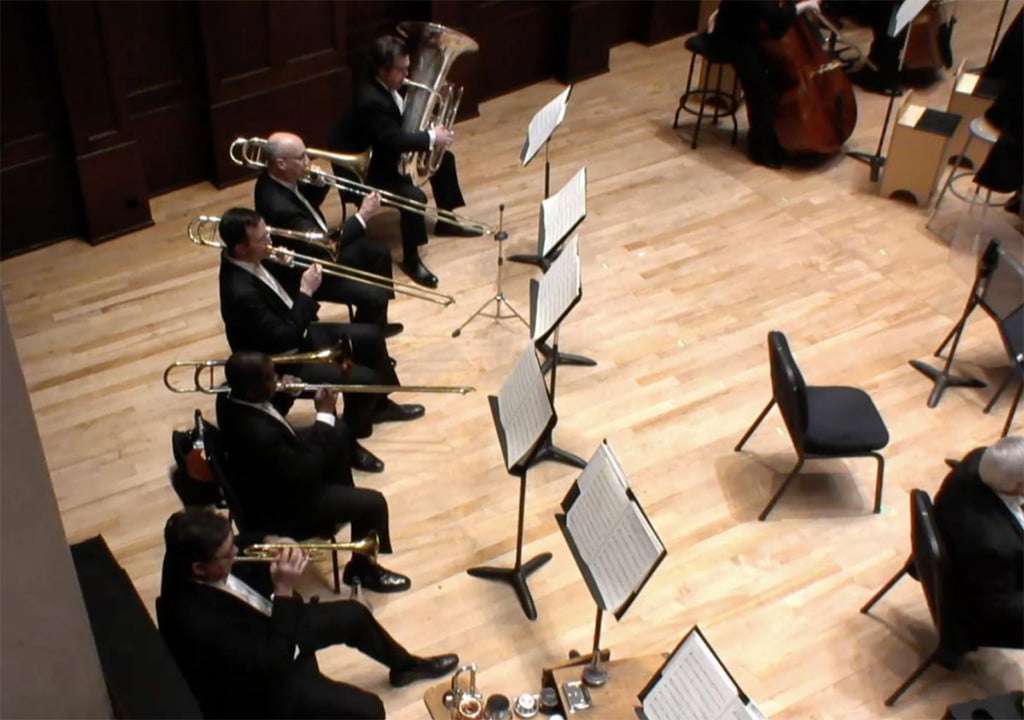 Two-hundred-and-seventy-three seconds of ambience (whatever happens, happens), the Romeo and Juliet Story transferred to the West Side, a performance that owes to Henry Ford of a gorgeous Violin Concerto, a Prelude and Fugue that ends up doing Riffs, and the newest of the lot, Dune Acres: the latest instalment of American Panorama, the current Winter treat from Leonard Slatkin and the Detroit Symphony Orchestra.

Dune Acres is geographical, it is found in Northern Indiana, on the south shore of Lake Michigan. Kristin Kuster (born 1973) has composed a piece that is also rooted in architecture, her grandparents’ “funkytown” house. This was the second performance of Dune Acres (the first was the night before). It’s a likeable and accessible nineteen-minute piece. The first of its three movements suggests nostalgia and there is an attractive bounce and innocence to its rhythms as well as perhaps a certain sadness to the lyrical moments (scenes from childhood). The central movement is slow – Great Lakes-descriptive, peaceful, misty – sustained strings, harp flecks, and a plaintive trumpet solo, played within the ranks by Bill Lucas, DSO member and husband of the composer. However, the final movement is minimal in idea (singular) but not short in length.

John Cage’s 4’33” (1952), which owes to Zen Buddhism, is for any instrument(s), and consists of whatever sounds occur during the stated time. The score is published, it’s easy to read, and there are three movements. The first performance was by David Tudor, who seated at a piano did nothing more than close the lid at the start and then opening it between movements. In Detroit, Slatkin said a few words, played the opening two stabs of the ‘Eroica’ (if not as Beethoven scored them) and went on to discuss the place of silence within music (in fact a vital part of it). The performance, given attacca, was of hush – a few coughs and a stentorian sneeze aside – and rather spellbinding, and Michael Tippett’s Third Symphony stole into my mind, specifically the flugelhorn solo that signals the vocal final part of the work. I had intended to time 4’33” – but was unable to find a stopwatch on my phone – but Slatkin used his, so I guess it was exact to the second; in reality it proved timeless. 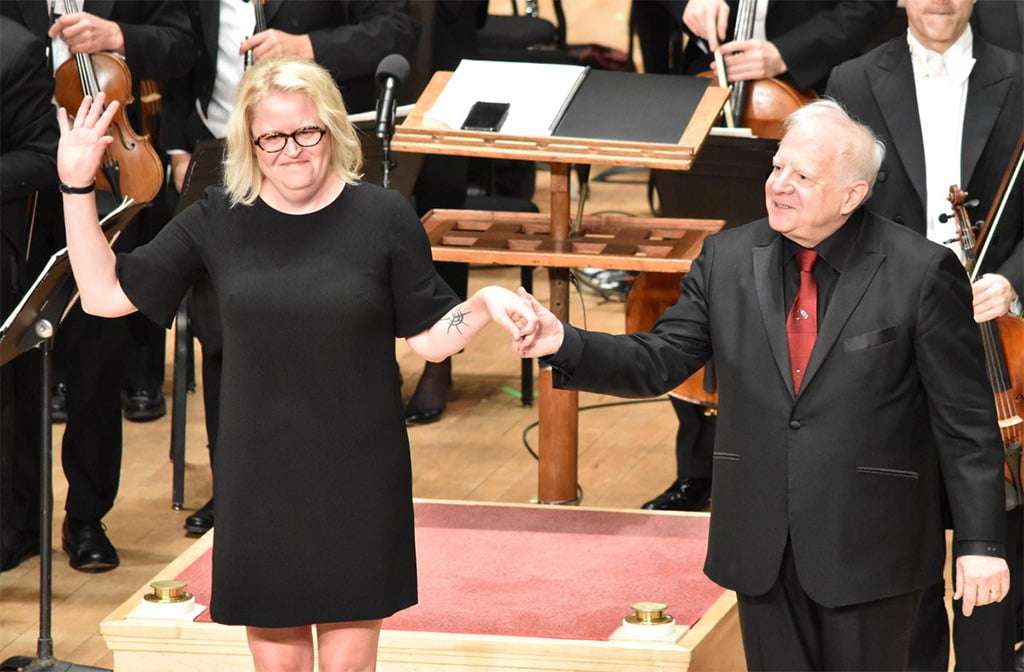 Kimberly Kaloyanides Kennedy (DSO Associate Concertmaster) then played Samuel Barber’s Violin Concerto using the 1703 “Rougemont” Stradivarius on-loan from The Henry Ford (news-item link below). She played beautifully, heartbreakingly so, richly expressive, the new-to-her violin sounding like an old friend, intimate secrets exposed, passions divulged, and in Slatkin a conductor who has teamed-up in this Concerto with Bell, Chang, Shaham and (recording) Takezawa, and others. It would have been nice to enter into the wistful oboe-led slow movement without the mood-breaking clapping – does Cage’s mission on behalf of silence not cast a meaningful shadow – but once there the musicians’ tenderness magnetised the listener, and the Finale, often given frenetically, was here pleasingly poised, direction and detail entwined and cueing a bevy of bravos. ★★★★★ Henry Ford (who could play violin, maybe this Strad) was the compiler of Kennedy’s country-music encore; I think she called it Money Musk.

Prelude, Fugue and Riffs (1949, first-performed in 1955) is a masterpiece of painstaking notation to create a jazz-band jam session, scored appropriately, so it’s a surprise to learn that Lukas Foss (very much part of Leonard Bernstein’s inner circle) made a version dropping the five funky saxophones and substituting them with smooth strings: no doubt pragmatic. Even the clarinet part (intended for Woody Herman but ending up with Benny Goodman) is modified; nevertheless Ralph Skiano (DSO principal) did a great job with it in an account overall that found a playful side to the music but with no lack of pizzazz in the concluding stages; there was a snazzy contribution on piano, too.

To close, some further evidence of Bernstein’s genius, music from West Side Story. The Symphonic Dances continued the collaboration between the composer, Irwin Kostal and Sid Ramin (the latter two as WSS co-orchestrators, and Mr Ramin recently turned 100). Slatkin didn’t give us all of the Dances, but having cut a couple of chunks he added some songs, three celebrated vocal numbers (words by Sondheim) – ‘Maria’ (from Tony). ‘I Feel Pretty’ (a lilting waltz for Maria) joined by three further ladies that I cannot name, and ‘Tonight’ (for the ill-fated lovers) – all five vocalists stylishly excellent if a little edgy in timbre (no doubt the speakers at the front of the stage told of amplification). Overall, tension and drama were increased by stealth, and ‘Somewhere’ worked its tear-jerking magic without making it obvious, the culmination being ‘Mambo’ – of which viewers got just two bars, for the broadcast ended abruptly and credits rolled.

One more American Panorama programme to come, the live webcast being this Sunday afternoon (3 p.m. EST), when the DSO Become Ocean and Fantasy Timpanists make an appearance. By the way, what you have just read about was the DSO’s 200th webcast and Leonard Slatkin’s eighty-fifth.