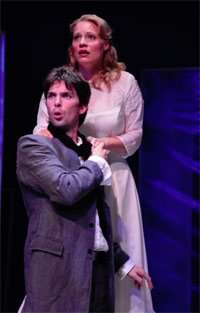 Dicapo has a well-deserved reputation for presenting lesser-known and new works, such as the New York City premiere of Oscar Straus’s “The Merry Niebelungs”, the American premiere of Donizetti’s “Il campanello di notte”, and the world premiere of Francesco Cilluffo’s “Il caso Mortara”. Now this enterprising company can add American composer Thomas Pasatieri’s “The Seagull” to the list.

Pasatieri has written 22 operas and numerous orchestral pieces, solo instrumental, chamber, and choral works and music for solo voice and various accompaniments. His operas tend to adhere to the traditions established by Puccini and Menotti. The music is emotional and lyrical, lushly scored, rich in passion and melody, and highly theatrical. 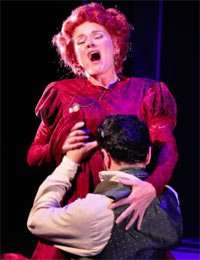 “The Seagull” had its world premiere at Houston Grand Opera on 5 March 1974. Its European premiere will be this November in Hungary. The adaptation for the opera stage of Chekhov’s play has been skillfully condensed by librettist Kenward Elmslie. Pasatieri’s dense post-romantic music is radiant – even if sometimes cloying and syrupy – captivating and both subtle and potent.

Kristin Sampson (Masha, the daughter of Shamrayeff, the estate manager – the opera takes place at the estate – and his wife Pauline) sang with such authority, vigor and pliancy that I wondered how she would sound at the Met. Zsolt Haja (Constantine, a young would-be writer and son of Mme. Arkadina, a famous actress) was in fine form, his resonant, modulating voice most ably delineating Constantine’s morose state of mind: his unrequited love of Nina (an aspiring actress), his jealousy of Trigorin (a successful writer), his rival for Nina’s hand, and his own lack of success as a writer. His somewhat accented English resulted in less than clear enunciation; however, overall he was admirable, both singing and acting. 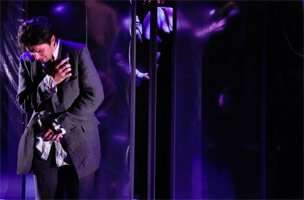 Molly Mustonen (Nina) sang with passion and grace. She really shined in her extended duets with Constantine and Trigorin, and she and Haja cut a handsome couple. Her luscious voice carried her well throughout the performance. Beverly O’Regan Thiel (Irina Arkadina) had a commanding presence; not only was her voice tempestuous (as was her character’s personality), but she (along with Dr. Dorn) supplied the opera’s few moments of levity. Arkadina’s presence was felt throughout the opera, and O’Regan handled it all with marvelous aplomb. Jonathan Hare was convincing as the sullen, shallow Trigorin, who eventually abandons Nina in Moscow. His voice adroitly conveyed Trigorin’s selfish nature.

The other singers in the 10-cast opera were all in excellent vocal and acting form, helping to round out an evening of topnotch singing and acting. The staging was sparse but effective, three stages of different size atop one another, all the action occurring on the three stages; sliding opaque screens supplied a sense of mystery, especially when a dead seagull (shot by Constantine) was put on the top stage – the screens were only slightly open, thus adding to the powerful imagery the dead bird conveyed. The costumes fit the time-period – the 1890s.

Pacien Mazzagatti’s conducting was insightful and nuanced, and the musicians responded in kind; their playing was masterly, engaging, and exquisite. This performance was a peerless night at the opera, both musically and theatrically, and “The Seagull” should be performed more frequently.