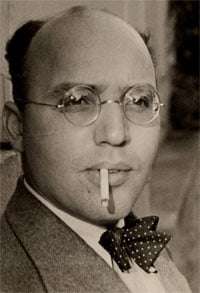 Wiener Konzerthaus decided to bring together star singers for “Die Dreigroschenoper” (Threepenny Opera). H. K. Gruber was specific of the rehearsals he required: 12 hours with the orchestra alone and 6 hours with soloists and orchestra. Kurt Weill’s “simple’ music is more difficult than whatever they sing normally in the opera house”. It more resembles Schubert’s Lieder – needing the same meticulous care in preparation to do it justice. As for Gruber’s own vocal contribution: “I just speak the text in the pitch in which it is written by the composer and that is what I think singing is”. He sounds rather like Trevor Peacock when in “The Vicar of Dibley”!

Deeply implicit in all of Weill’s writing is his classical training (a student of Humperdinck and of Busoni, and répétiteur under Knappertsbusch). This is a composer steeped in the German tradition, wearing his inheritance deeply but also lightly as he composes a potpourri of Handelian choruses, coloratura arias, waltzes, marches and tangos. The music is by a master musician – and for the people.

Gruber points to the work’s great hit – ‘Mack the Knife’, allegedly cooked up in about 10 minutes by either Weill or Bertolt Brecht. The vocal line may be ‘simple’, but the instrumental accompaniment varies subtly and cheekily – as Klangforum Wien declared. What a pity that Ian Bostridge could give us none of that. In a meticulous German accent (clearly – too clearly – the consequence of thorough practice in articulation) his Macheath turned out to be something of a stuffed shirt, with no sense of humour, danger or daring.

Many of Weill’s riotous musical items made their mark decisively. Hanna Schwarz was magnificent as Mrs Peachum. Her luscious, broad phrases (recalling the bravura of Alison Steadman as Mrs Bennet in “Pride and Prejudice”) pealed magisterially around the Barbican Hall as she sang of men’s tawdry displays of sexuality and of how life thrived on immorality. She was a magnificent, opulent Chorus. Angelika Kirchschlager sang wonderfully of Jenny’s longing to be a pirate-victor commandeering a port, resolutely choosing to dispense death upon all men. Note, too, how Gruber intertwined wistfulness, longing, wish-fulfilment and loathing during this song – as he intertwined love, nostalgia, fickleness, pimping, callousness, affection and having fun in the accompaniment to ‘Ballade von angenehmen Leben’: Bostridge and not even Kirchschlager could not match the accompaniment.

Best of all as a musical experience was Dorothea Röschmann’s ‘Polly’s Song’ in which she speaks of turning down eager men of impeccable social and financial desirability since they left her cold sexually, but then falling head over heels, hotly, for a self-confident ne’er-do-well. From Röschmann and Gruber there was an understated rise in intensity with each recall of rejection, together with the understated but unmistakable culmination and sexual release of Polly’s final decision for Macheath. Röschmann was affecting too in the ‘loving’ of ‘Hochzeitslied’. Then, she and Cora Burggraaf (Lucy Brown) spat, kicked and yelled splendidly as they fought over Macheath. Lucy’s solo aria was a pealing tour de force, integral, as intended.

“Threepenny Opera” is a masterpiece rarely performed – and hardly ever so magnificently as this.