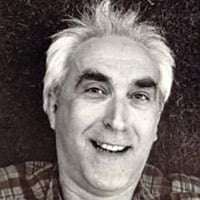 Sometimes attending pre-concert talks can be a bit like watching the trailer for a film – you get all the best bits and then the performance ends up being rather a let-down. In this case, the interview of both composers, hosted by Anthony Burton, proved a very useful introduction to what was to come, with both James MacMillan and Giles Swayne (both self-confessed “cradle Catholics”) answering questions on their beliefs and the impact of those upon their writing.

The concert itself, the last of three performances of the Dmitri Ensemble’s “Passiontide Tour” programme, opened with MacMillan’s motet “…here in hiding…”, originally written for the solo voices of the Hilliard Ensemble and combining the original Latin text of the Gregorian hymn “Adoro te devote” with Gerald Manley Hopkins’s English translation.

The Dmitri Ensemble’s 24 singers, ably and unobtrusively directed by its founder Graham Ross, coped admirably with the sometimes complex ornamentation and wide range of dynamic and textural contrasts. There were occasional issues of ensemble, but on the whole this was an assured performance of a technically challenging work.

The main feature of the first half, and the highlight of the evening, was Swayne’s “Stabat Mater”, scored for SATB soloists and a cappella choir. It was clear from the outset that the singers were more comfortable with the writing (Swayne’s monastic boarding-school upbringing and Cambridge University musical experiences must surely have been significant in developing his compositional style, with which the Dmitri Ensemble with its truly English choral sound is entirely at home).

Using Jewish and Muslim blessing and burial texts alongside the Latin “Stabat mater dolorosa” (the choir singing in four languages: Hebrew, Aramaic, Arabic and Latin), Swayne mixes polyphonic sections featuring each of the soloists with unison chants. His use of eight-note modes (one for each ‘movement’ of the piece) works effectively to give a sense of flow, making musical sense of what could otherwise be an overly academic exercise. 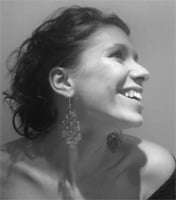 This was a persuasive performance, again led discreetly and confidently by Ross, though the usually supportive acoustic of St John’s occasionally made it tricky to distinguish some of the words, and the soloists sometimes struggled a little to overcome the thicker choral textures.

The concert’s second half saw the singers joined by the string-players of the Dmitri Ensemble. Commissioned by the BBC (and originally shown as seven separate televised performances in Holy Week), MacMillan’s “Seven Last Words from the Cross” makes use of a wide variety of extended vocal and instrumental techniques

Frustratingly, in this performance there was much less obvious fluidity than in Swayne’s “Stabat Mater”, though on the occasions that the performers were given the chance, they demonstrated a well-blended sound and tight togetherness, led with sensitivity by Jamie Campbell (who also provided a beautifully sweet-toned solo line in the third movement). It was also, sadly, hard to ignore the technical difficulties for the singers – especially in the numerous exposed soprano lines which leave absolutely no margin for error.

There was no doubt, however, that the performers gave their all to a very challenging (and not entirely sympathetically written) piece and MacMillan seemed genuinely pleased with the performance. However, the star of the evening was the Dmitri Ensemble itself.