This interesting concert served two purposes: thanking those who helped the Dorothy Croft Trust for Young Musicians during its decade of existence, and celebrating the life of the Hungarian-born violin teacher Béla Katona, who died last year aged ninety-eight having taught several generations of students in Manchester and then London. 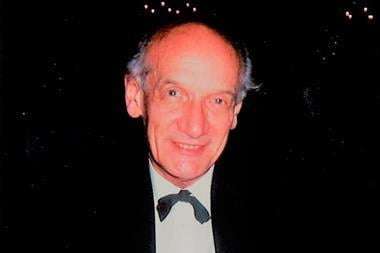 A little exhibition of photos and letters was devoted to such members of the Hubay school of violin-playing as Jelly d’Arányi, Joseph Szigeti, Franz von Vecsey, Ede Zathureczky (whose assistant Katona was) and Győrgy Pauk – Professor Pauk, now a dapper eighty-two, was present to recall how he had originally brought Katona to the UK.

Dorothy Croft (1910-2009) also lived to a great age, as her dates attest – teaching the violin must be good for you. She was especially associated with the city of Odessa in Texas but her name has been kept alive in Britain by her daughter Dona Lee Croft, for twenty years a violin professor at the Royal College of Music. In its ten years the Dorothy Croft Trust has helped many young musicians with bursaries.

Among the treasures in Dorothy Croft’s music library was the beautifully printed 1745 edition of Tartini’s Opus 2 Sonatas, and we heard two of them at the start of the programme, played by Jane Gordon. For the G-major she had Dorothy Croft’s 1718 Vincenzo Ruggeri, which she had strung with pure gut for the E and A, and wound gut for the D and G. She used a Baroque bow, as did Poppy Walshaw, who had strung her cello with gut and was playing it without an endpin, gripping it between her legs as in the celebrated picture of Boccherini. This was a delightful performance in which a keyboard instrument was not missed.

As a contrast, Gordon resorted to a modern metal-strung violin, a modern bow and a higher pitch for the A-major Sonata. Her colleague in the Rautio Trio, Jan Rautio, had realised the continuo for a piano and played it deftly on the Steinway provided. Again the performance was very fine although I preferred the Baroque-style one.

We then watched about ten minutes of a three-hour film that the RCM made in 2005 of Katona giving a masterclass. We saw him cajoling and urging a violin pupil and pianist – both excellent players – through part of Ysaÿe’s Poème élégiaque, concentrating on the musical expression although we were told by two of his disciples, Cynthia Fleming and Thomas Bowes, that he was an absolute stickler for technical matters.

Two movements of Dohnányi’s Serenade were played by Rowan Bell, Arun Menon and Steffan Rees, the first two former students of Dona Lee Croft. The viola solo in the ‘Romanza’ was well-played by Menon, who nowadays is a doctor in the NHS – he obviously keeps up his playing. The Finale was nicely done by all three and I could happily have heard the whole work, which I first got to know in the recording by Heifetz, Primrose and Feuermann.

Bowes was to have played Bartók’s Second Rhapsody with his wife, the pianist-composer Eleanor Alberga, but as she was ill he substituted Ysaÿe’s Sonata 3 (Ballade) which went well with the Ysaÿe we had heard in the film. I suppose the piece, dedicated to Enescu, is Ysaÿe’s equivalent among his solo Sonatas to Bach’s Chaconne: it is in the same key, D-minor, and makes some similar gestures although the end result is wholly Romantic. Bowes began very softly and atmospherically, respecting the music’s narrative and holding our attention throughout.

Finally, Mate Racz played perhaps the best-known of the Brahms-Joachim Hungarian Dances, with Nathan Tinker at the piano. I suppose that, being Hungarian, Racz felt he had licence to take some liberties, but I found his exaggerated pauses and over-emphatic chording a little too much. Everyone else seemed to enjoy it.

After a meal that was an interesting amalgam of Hungarian and Irish, we had a St Patrick’s Day céilí with members of the folk group Give Me Your Hand, featuring the versatile violinist Dermot Crehan, one of the Croft Trust trustees, on fiddle. The player of the Uileann pipes told me that he had made his pipes himself, using old billiard balls for the ornamentation!