This concert, the second of two at this venue, by the Dresden Philharmonic and Michael Sanderling (the cellist and conductor, the youngest of the late Kurt Sanderling’s three musician sons) featured two Symphonies – Beethoven’s Seventh and Tchaikovsky’s Fifth. 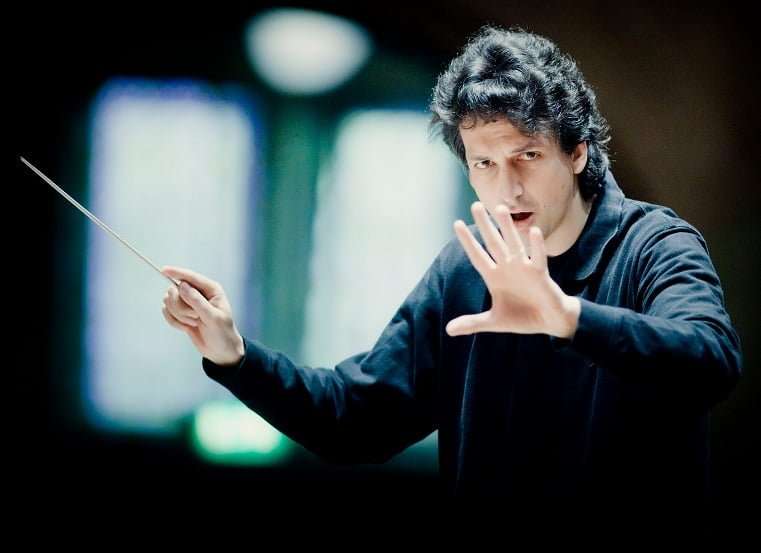 In the Beethoven, there were problems from the outset. Balances favored the winds over the strings in the Poco sostenuto introduction, and the passage in which repeated Es form a bridge to the Vivace came across as dull, and the main theme was at first sluggish. Things got better, the winds performing well throughout the movement, but when the music softened the exposed strings were often lacking in coordination. I always look to the Allegretto as the high point of this Symphony, marveling at how Beethoven builds its simple theme to an emotional climax. Sadly, there was none of that in a traversal that was generally lacking in energy. There were intonation problems in the violins, and the rest of the strings were somewhat disconnected, particularly in the fugal passage. There were, however, nice contributions from horn and woodwind soloists. The remaining two movements were much better, the orchestra finally generating energy, and the strings in better unison (although still shaky when exposed). The Scherzo’s Trio provided diverting interludes, the second time better than the first. The finale was well-paced and vigorous, but trumpets and timpani came on too strong, nearly eclipsing the strings. The coda generated some real excitement, building up tension to be released by the final chords.

The Tchaikovsky went much better. A delicately played clarinet duet, soon joined by bassoons, introduced the ‘fate’ theme that is intertwined throughout the Symphony in many guises. The strings (enlarged from the complement for the Beethoven) were in sync, shining in contrapuntal passages, and brass, timpani and woodwinds were all excellent. Memorable moments included a bassoon solo, horns sounding as if at the hunt, and a swirling passage for the violas. In the Andante cantabile, the magnificent horn solo was richly echoed by the cellos as the oboe provided a countermelody. Fine solos were numerous. The brass was resplendent as it reprised the ‘fate’ theme, accented by timpani rolls. The movement ended with a gentle clarinet solo softly harmonized by strings. The waltz third-movement was sweetly intoned by the violins and the strings generally were outstanding in rapid passages, the chattering flute adding colorful touches. The finale began suitably majestically. Trumpets emerged brilliantly from lively pizzicatos joined by brass and woodwinds. Horns and a big timpani crescendo heralded the forceful Allegro vivace, in which the Dresdeners excelled. Trumpet fanfares led to the faux ending that this time brought applause from only a few in the audience. Brass and agitated strings paved the way to the emphatic final chords. There was a Tchaikovsky encore – the ‘Polonaise’ from Eugene Onegin.