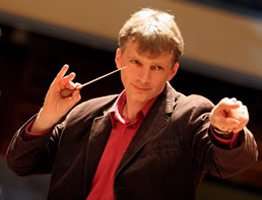 There are orchestras and there are orchestras. Some (if not all) of the fully-funded professional orchestras generally play safe with repertoire. Many of the non-professional variety play adventurous repertoire despite precarious financial support garnered generally from ticket sales and occasional sponsorship. Therein lies the irony of music-making in the UK. It can be argued that non-professional orchestras don’t have huge salary bills (seemingly made bigger by the size of grants now available for “education” or “community” projects!) and other expenses (extravagant and ever-increasing prestige hall-hire charges for instance) that professional ensembles have to bear.

Be that as it may, an orchestra such as the Ealing Symphony Orchestra under its long-standing maestro, John Gibbons, fully justifies its reputation for adventurous concert planning and the hiring of young, highly talented soloists destined for great things. One of the last Ealing concerts I attended included E. J. Moeran’s symphony and Gibbons has embarked on a cycle of Malcolm Arnold symphonies. 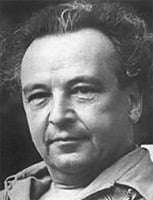 On this occasion, and to show he is evenly balanced in terms of championing neglected works by foreign composers, Gibbons programmed two rarities: Honegger’s Pacific 231,and Rachmaninov’s Fourth Piano Concerto. To ensure his loyal audience – here supplemented by schoolchildren from Abingdon – went home having heard familiar music, Gibbons ended with Tchaikovsky’s Fifth Symphony – but performed in an entirely credible, non-sensational way that was a tribute to both his innate musicianship and the performing abilities of his players.

The ESO seems to be a highly stable orchestra capable of putting on a full complement of strings and augmented when needed. It seemed half the orchestra disappeared at the interval, having performed Honegger and Rachmaninov. But both pieces test any orchestra in their respective demands: Honegger for conjuring up literal sounds of a steam-locomotive (he had two models on his desk during composition), Rachmaninov for his newly won orchestral technique in which rhythmic demands replace the romantic sweep of earlier masterpieces. The ESO proved adept in both works, guided by the sure and steady baton of Gibbons, whose nurturing skills as a conductor of able and willing players is surely one of the finest in the country.

The soloist in the Rachmaninov concerto was Masa Tayama, himself a specialist of this composer (he is shortly releasing on the complete works for piano – no mean achievement for so young a pianist). Tayama showed himself fully up to the myriad demands of this mercurial work.

Much has been written about the greater concentration and compactness heard in Rachmaninov’s late works, of which the Revised Version (1941) of this concerto can safely be considered. But this pair of ears, at least, had never before compared the economic use of thematic material of the slow movement to Sibelius. But that was the effect of this performance. It showed Rachmaninov in a very different light to that which used to claim he was played-out as a composer in this particular work. In fact, after hearing such a performance as this, there can be a legitimate claim for the Fourth Concerto to be, at least the most interesting, if not the greatest of Rachmaninov’s four. All credit to Tayama for bringing out the singing qualities of this music and to Gibbons and his sympathetic players in producing not only a real Rachmaninov ‘glow’ to the sound but also a genuine sense of virtuosity required to carry off such a demanding work.

Tchaikovsky 5 received a tightly controlled, genuinely symphonic approach, which eschewed sensationalism and cheap effects so easy to produce. This was a sincere interpretation and also possessed an authentic sound that many professional orchestras strive for but not all achieve. The solo horn in the slow movement made the most of his opportunity.

In this concert, Gibbons and the Ealing Symphony Orchestra showed themselves to be one of the most invigorating combinations on the London music scene.