That worthy group the Early Opera Company performed a highly enjoyable “Semele” at Cadogan Hall: semi-staged. The small orchestra played delightfully, conducted from the harpsichord by Christian Curnyn, who set tempos that were generally brisk. 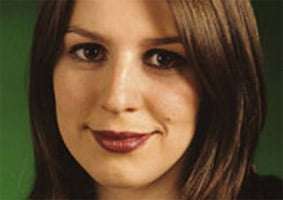 There is some wonderful music in this composition. Semele has one gem after another, and how well Elizabeth Watts sang them, from the ravishing to the dazzling, the latter especially in ‘Myself I shall adore’. It was a pity that the audience’s attention was diverted from Watts’s fine display of coloratura in this fiendishly intricate aria by the facial expression of another character: an unnecessary piece of ‘production’. Watts deserved every ear and every eye to be concentrating on her. She really is a talented young singer.

The more experienced Hilary Summers, whose warm, somewhat soft-grained contralto is always worth hearing in such music, sang both Ino and Juno. To the latter falls ‘Iris, hence away’, and if Summers does not command the flamboyant tones of a Marilyn Horne or Stephanie Blythe, she sang the aria, and all else, in her own admirable way, her technique serving the music well. As Jupiter, Ed Lyon sang with clarity, shaping ‘Where’er you walk’ elegantly and dealing successfully with more ornate passages without having to resort to aspirates. It was pleasing to hear a young English tenor avoiding the over-stressing of consonants and showing that natural enunciation renders words clear. A tiny break between “Where” and “’er” instead of an elision of the two syllables was a touch unnatural but a minor matter in the performance of a young man whom I have praised on previous occasions. 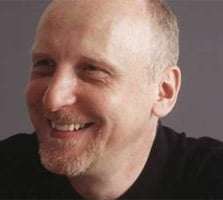 Brindley Sherratt brought his sonorous, dark bass to his assignment, as Somnus rolling out rich tone in ‘Leave me, loathsome light’. He too sang without smudging Handel’s musical lines. Stephen Wallace’s countertenor was rather on the small side but pleasant in higher reaches. For the role of Iris, Susan Gilmour-Bailey emerged from the small choir to bring a silvery sound in middle and upper range but a bit weak, losing tone, lower down. Nevertheless, hers was a worthy effort. Mention of the chorus leads me to praise the singing of this well balanced group: euphonious and musical.

Those performances of the Early Opera Company that I have seen have always provided pleasure, just like this “Semele”. It is a pity that cuts were made. Jupiter’s ‘I must with speed’, for instance, lost the middle section and the da capo, as did Semele’s ‘No, no! I’ll take no less’. I hoped such things were of the past. A recording of “Semele” with a slightly different cast has just been issued by Chandos. It is on three CDs, so I hope it will contain more than the 135 minutes or so of this Cadogan Hall performance. I look forward to hearing it.