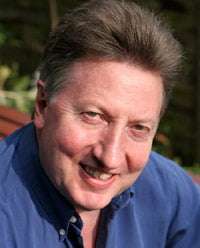 A biographical note describes Howard as born in Melbourne and resident in London since 1972; as a musician who has a “130-CD discography” and is currently enrolled for “annual re-engagements on five continents”; and as a “concert pianist, composer, conductor, chamber musician and scholar”. This note is unattributed, but its style accords with Leslie Howard’s judicious and fascinatingly personal comments on the compositions performed at this recital.

Howard clearly relishes late-Romantic works written on a grand scale. In this sense, he is a virtuoso performer par excellence – fitting the image of a virtuoso and, with passionate skill, playing music designed as a vehicle for virtuosic expression. These Russian pieces drive forward in great surges of energy – and require performers of equal vitality, seemingly inexhaustible. Howard is such a performer. His body-language at the piano was evidence of his total commitment to promoting dynamism equal to the vitality of the composition. Furthermore, the Fazioli piano sounded magnificent – as if expressly created to carry the luscious tone redolent of late-19th-century ardour in a cloud of sound that takes almost physical, swelling shape due to extended application of the sustaining pedal. Consequently, as Howard made so effectively clear, the tonal impact of the music can be dramatically changed by the mere action of taking one’s foot off the pedal. Suddenly, the music – while having the same dynamism and the same volume – becomes definite and peremptory, ringingly defined.

These qualities were present in each of the works on the programme. I was particularly impressed – bowled over, I might say – by the magnificent culmination to Glazunov’s First Sonata, where ‘a sort of helter-skelter moto perpetuo’ reaches a coda that “takes all kinds of technical risks and signs off with joyful enthusiasm”.

At the other end of the listening scale, I was riveted by the authority, stillness and originality of Borodin’s ‘Au Couvent’, the first item from his Petite Suite. After the noisome, romantic turbulence of Balakirev’s Scherzo, it came as a welcome moment of contemplation and repose – as, too, a welcome representation of another feature of Howard’s playing, an arresting quietitude.

In this respect, the programme proved rather unwieldy: moments of composure were rare. The brief ‘Serenade’ in the Petite Suite, parts of the slow movements in Glazunov’s and Rachmaninov’s sonatas and the ‘Oriental Sketch’ in the Three Pieces of 1917 conveyed this mood.

A further feature of concern was Howard’s rather perfunctory lyricism. He excelled in expressing vigorous movement, but tended to brush ardent melody aside: include it, very slightly soften his tone for it, but not give it its head. As a result, he denied himself an opportunity for contrast (exercises in arpeggio flourishes as against soaring melody) that would have widened his range of expression and done the Russian composers whom he so clearly admires even more justice.