Bruckner
Symphony No.3 in D-minor [1890 score – first published edition of the 1889 third version] 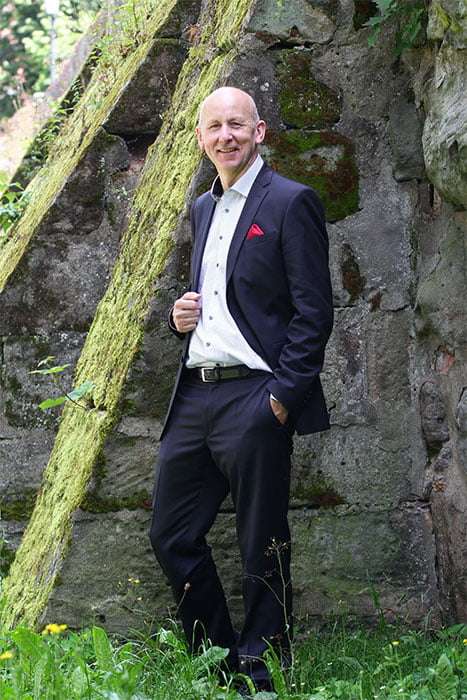 The comparison between Bruckner’s Third Symphony as presented in Nowak’s score of the ‘third version’, 1889, and that published by Rättig in 1890 reveals only minor but nevertheless interesting differences that presumably took place between Bruckner having signed off the manuscript as finished and the presentation of the score to the printer. There are added expressive markings, a crescendo-diminuendo added to the second-subject counter-melody is a typical example, and a moderation of the dynamic extremes, avoiding sudden explosions of sound. The Symphony becomes a slightly more conventionally expressive work, and less wild, a moderation resulting from the intervention of Bruckner’s younger collaborator, Joseph Schalk.

Gerd Schaller’s Bruckner performances at the Ebrach Music Summer have already presented a fine account of this Symphony as it stood in 1874 – that is, the 1873 first version with a wealth of minor additions, edited Carragan. With this rendition of the Schalk-revised third version, it is as though the full picture of the Third Symphony over time were being filled out.

The performance was splendid – at least to those of us privileged to have seats near the front. Reports from audience-members further back in the vast ecclesiastical space of Ebrach Abbey suggest they didn’t experience the sharply defined articulation of the strings and the attack of the woodwind and brass with quite such impact. But from my vantage point the often conflicting qualities of precision and expressiveness were beautifully welded.

An example is the first-movement second- and third-subject in which the ‘Bruckner rhythm’ – 1-2, 1-2-3 – had a lyrical swing to it founded on conscientious observation of the double- and the triple-time elements. Even more impressive was the very effective handling of the Finale’s third subject, that brash melody in which Bruckner has the lower strings play a syncopated half-beat behind the upper one; many times this sounds like a mistake, a late entry, but Schaller wisely took the theme a little slower than marked, not quite tempo primo, ensuring that it had weighty precision: no hint of anything awry here, but rather a third thematic group of such import that the ‘recapitulation’ for once came to its close sounding as though something formally cogent had been accomplished, and the blazing fanfares of the coda fully deserved. It is not easy to make this truncated version of the Finale cohere, but here it was wonderfully achieved.

It was an account blessed with many beauties, among which was the excellent playing of the horns. The woodwinds throughout were mellifluous, but just as enchanting was the playing in the many dance-derived episodes – the star of these being the violas whose leader’s rendition of the Trio’s Ländler had an incomparable lilt to it, something which the other string-players were not quite able to emulate; the Scherzo itself danced, alternately hefty and delicate. The slow movement, Adagio (quasi andante) had its tempo well-observed, producing flowing waves, intensely beautiful but with unsettled dissonances in the approach to the climax.

This edition and this reading of it certainly made for a moderated and beautiful Symphony, but it was not entirely without the bite and gravitas one would expect from Bruckner. That Schaller presented the shortest version, lasting less than an hour and with no other work, demonstrates that he considers the 1890 Third Symphony to be a work of significance. There was plenty of mystery in the opening ostinato and trumpet solo, and tuttis statements thundered as they should, and the beginning of the first-movement coda, a passage so often compared to Beethoven’s Ninth with the double basses iterating a chromatic descent, sounded as though it were descending into total darkness – even though Schalk reduces the climax dynamic from Bruckner’s fff to ff with a sforzando close. Schaller ensured that the final crotchet and the final note of the Symphony’s triumphant conclusion were each kept well to tempo, ensuring a thoroughly convincing finality.