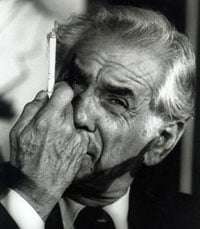 There were two precursors to the main performance. In-coming artistic director Jonathan Mills gave a pithy speech on the importance of the Edinburgh International Festival not only when founded in 1947 – in post-war, austerity Europe, with the appearance of Bruno Walter and the Vienna Philharmonic Orchestra as testament to the healing power of great art – but also in its continuing role as an ambassador for the arts. Then he invited the Edinburgh Festival Chorus and, conductor-less, BBC Scottish Symphony Orchestra to give voice to the Festival’s anniversary, with the chorus lustily singing “Happy Birthday”.

Then to the fizz and crackle of Bernstein’s musical itself, with Robert Spano making a good effort to match the composer – in those fabled London Symphony Orchestra performances at the Barbican in December 1989, available on DVD, which were to be Bernstein’s farewell to Britain – in his energy and drive.

The programme printed the complete libretto (though not the specially written narration), but there was no need to make reference to the text, as the diction of all concerned – chorus and all – was superb. Sir Thomas Allen was the lynchpin; his dramatic sense and comic timing impeccably on show in his delivery, including some updated references to George W. Bush and Big Brother (whatever else, we are currently not living in the best of all possible worlds!). He was also the ever-optimistic Dr Pangloss and the exact opposite, Martin. 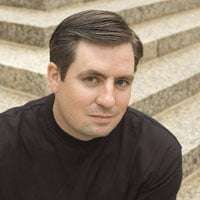 Young Al Gore-look-alike Matthew Polenzani was a suitably personable Candide, facing what Life chucked at him with at first bemusement and then fortitude, while Laura Aikin was a brilliantly mercurial Cunegonde, not least in that coloratura showstopper ‘Glitter and Be Gay’.

Perhaps it is unfair to expect Kathryn Harries and Keith Lewis to compete with Bernstein’s Christa Ludwig and Nicolai Gedda as, respectively, the Old Woman (with only one buttock – don’t ask) and the Governor who refuses to marry Cunegonde while still “rumpling her bedding” every night, but there was no need to worry. Harries’s heavily-accented delivery was very funny and, well, it was just great to see Keith Lewis again, even in such a fiendishly difficult part.

Bernstein made no concessions to his performers. The score abounds in tricky rhythms and extraordinary pastiches, from Verdian dramatics to Richard Strauss in Alpine Symphony mode as Candide discovers the extraordinary South American vista of El Dorado. The more I hear it, the more I’m convinced that this is Bernstein’s true stage masterpiece.

So an unqualified success, but I was dismayed at Edward Seckerson’s rather sketchy programme note that only mentioned Scottish Opera in passing. Bernstein only gave consideration to recording the score himself because of John Mauceri’s and John Wells’s work on it for the Scottish Opera production, just under 20 years ago – opening in May 1988, before transferring to London’s Old Vic. It was that ‘definitive version’, more an opera, that Bernstein allowed to be published, including the haunting Act Two song for Candide ‘Nothing More Than This’, which had been insensitively (and nonsensically) removed from the Broadway production before opening night.

So in addition to the 60th-birthday for the Edinburgh International Festival, a cheer should have been reserved for Scottish Opera for rescuing the score and, indeed, for that matter, the show itself – it opened on Broadway on 1 December 1956, after try-outs in Boston.

For the record, I prefer John Caird’s National Theatre re-structuring of the Second Act, with its better pacing and re-written lyrics for the fantastic ‘causal’ ‘What’s the Use?’ (where hard, usually shady, endeavour, always fails in the end, especially compared to Candide’s final exhortation to ‘Let Our Garden Grow’), but Harries, Lewis, Roland Wood (as Maximilian) and Andrew Dickinson’s Crook made the original lyrics better than I’ve ever heard it.