Reviewed from live BBC Radio 3 broadcast… On paper this was an interesting pre-lunch recital, tracing links and lines of approval between Schumann, Brahms and Dohnányi over a period of around eighty-five years, the three works homing in variously on one note, C – in the tonal capacity respectively of major-third, minor-third and tonic. In practice, however, it proved less engaging, redolent of a dutiful end-of-term college concert more than anything substantial or unified. 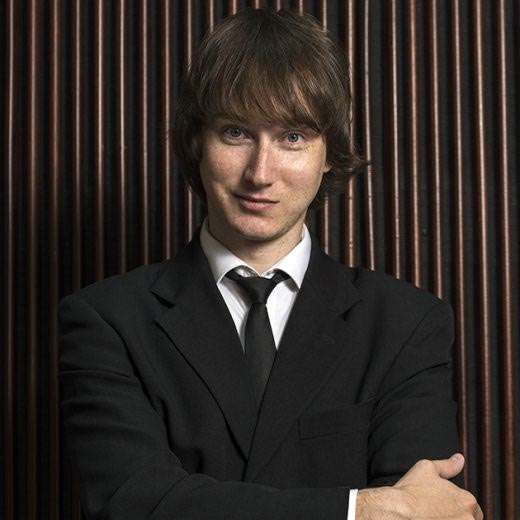 In charge was the newly appointed Russian conductor of the Scottish Chamber Orchestra, Maxim Emelyanychev, born in 1988, a former student of Rozhdestvensky in Moscow. Trained as a pianist and harpsichordist, he’s an efficient player without, on present evidence, going for much individuality. The pianist-conductor tradition is a long one (look at the nineteenth-century), boasting a raft of legendary names, Rachmaninov, Rostropovich and Rozhdestvensky to name but three Russians. I grew up on such as Bernstein and Sawallisch, got to admire Eschenbach, Barenboim, Ashkenazy and Pletnev, and have watched a whole band of newcomers come, go and, just occasionally, stay. Some recent claimants have left me disquietened, Omer Meir Wellber, an idiosyncratic, heated personality, for one. Emelyanychev appears a more disciplined character.

He nursed a careful Schumann Adagio and Allegro, but, with Alec Frank-Gemmill keeping the emotional voltage untypically low, needed to get into the A-flat heart and romance of the piece more. Close, somewhat drab, microphone placement and engineering compounded an anodyne impression.

Notes happening, passing into the ether, was even more the case with Brahms’s late Clarinet Trio. I wanted to like it, but it seemed too often to go through the motions, leaving a bland taste. Nothing that wrong with the playing, just not much temperament or colour.

Ernö Dohnányi’s Sextet, completed in 1935, ranges far, the skilled craftsmanship resolutely old world in reference. Brahms lurks in the wings (the Clarinet Trio in the third movement), and there’s plenty of spring and giocoso spirit in the Finale, an irresistibly jazzy/middle-European fantasy showing off the composer’s human side and flirtatious wit. Interpretatively this fared better, yet both clarinet and horn seemed to take a relative back seat, blending politely more than actively contributing to the drama, dream or dance, Emelyanychev taking a broadly prim view, keeping his SCO principals on the straight and narrow. Or so the broadcast suggested.