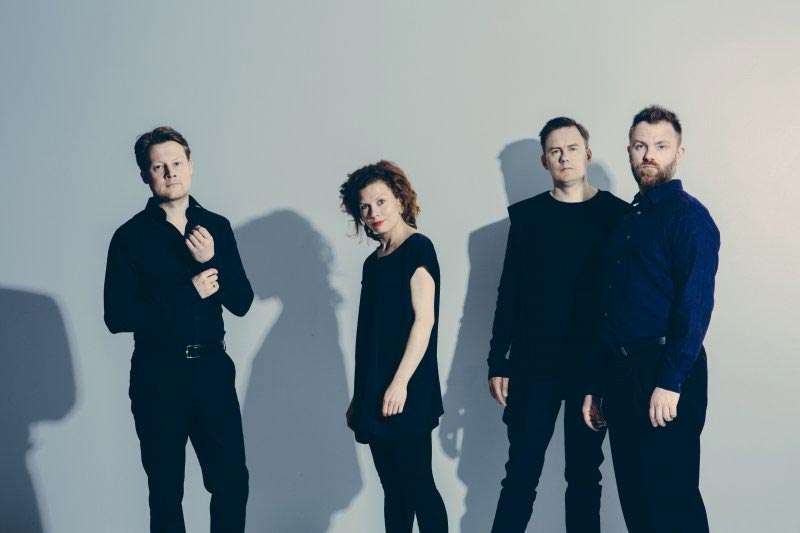 Reviewed from live BBC Radio 3 broadcast… Fanny Mendelssohn (sister of Felix, and sadly as short-lived as he) wrote her sole String Quartet as a married woman (a Hensel). The opening movement is soulful, inwardly expressive, beautifully played by Meta4, the group going on to show precise teamwork in the scampering second movement – Spring sunshine countering Winter blues – skilfully written, with fugal elements. Third up is intermezzo-like lyricism (first-violin taken to stratospheric heights, confidently negotiated by Antti Tikkanen) that peers deeper as it goes along, introducing restless elements – emotions intensifying – before sinking back. Any melancholic feelings are swept aside by the upbeat Finale, whirling, composer and performers in command.

Kaija Saariaho’s Terra Memoria (2006) is dedicated “to those departed”. From the quietest-possible opening, hanging in the air, ancient melody forming out of distant mists, sinewy lines intertwine, ghostly apparitions suggested, then countered by stronger outbursts and faster pacing (texturally and gesturally Bartók’s later Quartet’s came to mind) prior to disappearing into the ether. Despite notable advocacy from Meta4, whether Terra Memoria sustains its nearly-twenty-minute duration is another matter.

Following my deft hand on the radio’s ‘off’ switch – to avoid interval music, as well as the inevitable trailers and reminders – Meta4 offered the final example from Robert Schumann’s Opus 41. The A-major Quartet is a beauty, full of song and a look-back to Classical times; no lack of romance though, the poetic asides of the first movement issue sweet-nothings from Robert to Clara, sensitively brought off by the ensemble, who also addressed the next movement’s various degrees of liveliness, and settled sublimely for the Trio, which carried into the gorgeous slow movement, tugging at heartstrings. Following nocturnal reverie, the Finale’s chiselled rhythms brought the exuberance of a new, cloudless, day.

Long in Meta4’s repertoire (since at least March 2012 at Wigmore Hall), the Schumann proved an exceptional listen, music and performance. As an extra, the players gave us “something from Finland” (Minna Pensola), an indigenous arrangement, rooted in the eighteenth-century (earthy-folksy/tuneful), if part of a native contemporary composer’s First String Quartet; and rather good.