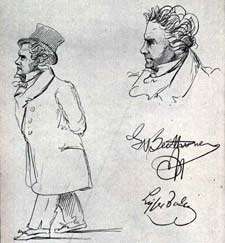 Dedicated to the memory of Sir John Drummond, the Director of the Edinburgh International Festival from 1979 to 1983, this second Bavarian programme in the Usher Hall – about to be closed yet again for further renovation – was packed to the rafters.

Certainly the combination of the Usher Hall and Shostakovich’s music evokes much resonance. In 1960 the Hall witnessed a memorable performance of the Fifth Symphony with the Leningrad Philharmonic under the work’s dedicatee, Evgeny Mravinsky. Two years later it was the scene of the UK premiere of the Fourth Symphony (withdrawn for many years) with the Philharmonia Orchestra under Gennadi Rozhdestvensky Rostropovich gave one of the earliest UK performances of the First Cello Concerto with the London Symphony Orchestra under Lorin Maazel, an event attended by the composer. These are events vividly etched on my teenage memory.

Mariss Jansons, Riga-born but Leningrad-educated, was Mravinsky’s assistant and a Professor at the Conservatory there. His father, Arvid, gave memorable performances of the Fifth Symphony during his visits to the Hallé Orchestra in the late 1960s. Apart from Kurt Sanderling and Maxim Shostakovich there can be few conductors who could claim to have been so deeply immersed in this particular score.

Whatever reservations voiced in this review, there can be no doubt that this was a stunningly played concert from first note to last. Jansons has that indefinable charisma which motivates orchestras to playing of extraordinary commitment and polish. On this occasion both the Debussy and the Shostakovich were incandescent, the Beethoven rather less so.

Confronted with such orchestral riches, why the note of qualified rapture? To put not too fine a point on it, for all the splendour of the Bavarian’s sound – the strings produced a weight of tone worthy of Berlin and the winds a finesse which would grace any orchestra – both the Debussy and, rather more surprisingly, the Shostakovich symphony seemed oddly superficial as though both works were being treated as orchestral showpieces rather than genuine musical experiences. 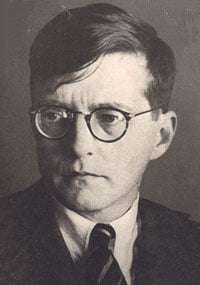 In the Shostakovich this manifested itself at significant moments in various ways. After the Heft of the work’s opening gesture, impressively wüchtig on this occasion, comes a long string cantilena, glacial as though from another world – both here and at the movement’s close, distant trumpets echoing in the exhausted silence, one was reminded of Mravinsky’s words in a filmed rehearsal: “Gentlemen, we are coasting”. Where was the terror? Whilst certainly not subscribing to the idea that only someone who has lived through the Purges, everything here sounded unduly comfortable, well-manicured even, as though we were being manipulated and invited to admire. The same thought occurred in the slow movement’s climactic build up where Jansons momentarily held back the string dynamics before the big pause. For the sake of effect?

The Mahlerian scherzo’s opening was too fast for its full vehemence to emerge – at this point, rehearsing the Philharmonia Orchestra, Kurt Sanderling, a man of few words, simply said to the players: “Politicians! (expletive deleted).” The string sound at the outset of the slow movement was full and opulent rather than inward, although later there was some supremely eloquent playing from oboe and clarinet. The finale’s peroration felt like a conventional triumphal conclusion instead of one experienced through gritted teeth. (Significantly perhaps, the performance’s single most effective moment was the eruption of the strings into the finale’s expansive second theme, a moment of pure kitsch.)

The Debussy, however, was a miracle of controlled orchestral playing, dawn breaking rather swiftly over the ocean but leading to the most perfect realisation of that tricky passage for cellos before the full sunburst of the noonday blaze. The concluding ‘Dialogue of the wind and the sea’ generated a near tsunami of visceral excitement. Here any reservations were more or less swept away, although it would be possible to argue that a less consciously moulded approach would have yielded more authentic results.

The opening overture to “Egmont” was the least convincing item. Literal and at the same time heavy, it seemed as though observed from a safe distance and failed to generate any real forward momentum, the dramatic cut-off at the climax sagging limply before the coda’s blaze of sound. Undoubtedly the notes were all there but any sense of the psychological drama embedded therein, of a whole Flemish populace rising up in response to Egmont’s death to overthrow the Spanish, of the exultation of Freedom triumphing over Tyranny, was sadly lacking.

The encore was a familiar one from Jansons, Boccherini’s Minuet played by the strings with supreme but stultifyingly narcissistic control.