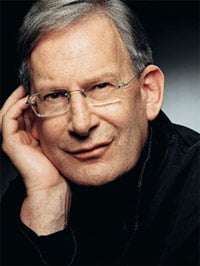 Amazingly, this was Sir John Eliot Gardiner and Orchestre Révolutionnaire et Romantique’s debut at the Edinburgh International Festival. Nobody could possibly accuse them of short-changing the audience with this mammoth programme (in previous years there had been mutterings about the short duration of some concerts). In marketing terms this was what is described as a “BOGOF” (Buy One Get One Free) for we were offered two ‘German Requiems’, Heinrich Schütz’s (1636) and Brahms’s (1868). Both works even close with the same text, ‘Selig sind die Toten’ (Blessed are the dead).

As if this were not already enough music, the evening opened with Brahms’s early “Begräbnisgesang” (Burial Hymn). Scored for winds, timpani and chorus, it does not seem to have been composed for any specific funeral. However, even at this early stage – Brahms was then 25 – Janus-like it looks forward to ‘Denn alles Fleisch’ in “A German Requiem” as well as backwards to the world of Schütz and Giovanni Gabrieli. It received a remarkably powerful and concentrated reading from the excellent Monteverdi Choir, a portent of the fine things to come. 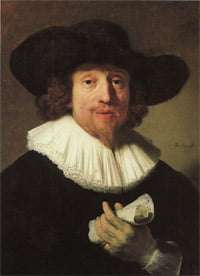 For “Musikalische Exequien”, whose first and most extended movement is a ‘Concerto in the form of a German Requiem Mass’, the Monteverdi Choir and His Majesty’s Sagbutts & Cornetts were joined by a cello, double bass and lute as well as a small organ. Also calling for eight vocal soloists, “Musikalische Exequien” is an elaborate and wonderfully rich work lasting nearly 40 minutes with strong echoes of Gabrieli (with whom Schütz had studied in Venice). It was written in memory of Count Heinrich Posthumus of Reuss (he had been born some two months after the death of his father, which accounts for his unusual name) who was also a friend of the composer. Gardiner was in his element, pacing the music to maximum effect and holding one’s attention throughout.

In “Ein deutsches Requiem” the text’s focus on consolation for the living rather than intercession for the dead has often led interpreters to sentimentalise the work, frequently dragging it out interminably. Sir John Eliot took a very different view. This account of Brahms’s “Requiem” was lithe on its feet and forward-moving, an excellent antidote to all those reverentially somniferous large-scale readings that used to be the norm. 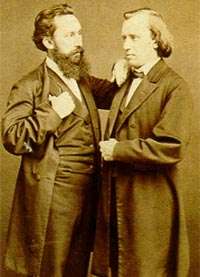 Not that it was in any way small-scale or lacked heft, the ORR numbering some 65 players and the choir 45. However, with such a full-sized ‘period’-instrument band two things were immediately apparent. Firstly just how equal a role the orchestra plays with the chorus and secondly how central the distinctive instrumental tone colours of ‘original’ instruments are in this work.

Brahms’s need to find repertoire for the choruses he conducted in Detmold and Hamburg early on in his career had stimulated his interest in Renaissance and Baroque choral music and the very opening of his “Requiem” – the cellos (senza vibrato) sounding for all the world like a consort of viols – took us right back to the world of Schütz and the 17th-century. At the words “Die mit tränen säen” (They that sow in tears shall reap in joy), the double basses’ pizzicatos registered to a quite unusual degree whilst both here – and throughout the work – the wooded flutes and slightly nasal oboe were highly distinctive and there was also an intrinsic balance between narrow-bore trombones and the remainder of the orchestra. Of particular interest was the sound of the natural horns, subtly colouring the texture in the opening movement, and brazenly forceful in their octave leaps in ‘Denn alles Fleisch’.

Despite their relatively small numbers, the Monteverdi Choir gave us singing of extraordinary range and authority. Their initial quiet entry in ‘Selig sind’ was perfectly balanced whilst the blaze of sound at moments such as the climax of ‘Denn alles Fleisch’ (But the word of the Lord endureth for ever) was absolutely spine-tingling. Gardiner’s way with the music was flexible, muscular and strongly dramatic, moving easily from rapt contemplation to an almost Handelian exaltation in the penultimate ‘Death, where is thy sting?’.

With so much worthy of praise, the one serious reservation concerned the choice of soloists, Matthew Brook and Katharine Fuge, both with relatively light voices who have made their careers primarily in Baroque repertoire. In an auditorium the size of the Usher Hall, ‘Herr, lehre doch mich’ and ‘Ich habt nun Traurigkeit’ both cried out for greater authority in the case of the baritone solo and a more radiant luminosity in the case of the soprano. Both vocal roles really require luxury casting because they carry the whole performance at key moments. Sadly this was not it but it was the only drawback to an otherwise revelatory performance.