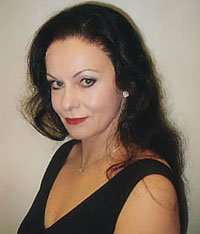 Given the ubiquity of major international orchestras – in the current period the UK will have been visited in just two weeks by the Concertgebouw, Bavarian Radio, San Francisco, Boston Symphony, Leipzig Gewandhaus and Vienna Philharmonic – it was particularly gratifying to welcome a lesser-known if long-established band, the Gürzenich Orchestra of Cologne. Like Staatskapelle Dresden, the Gürzenich’s roots date back several centuries and it has a proud history of first performances, including Mahler’s Fifth Symphony, Brahms’s Double Concerto and Strauss’s Don Quixote and, appropriately given its inclusion in this Edinburgh programme, Till Eulenspiegel. Like the best Rhine wines, Germans tend to keep some good things for themselves, the Gürzenich included.

The Orchestra has been in Edinburgh playing in Strauss’s “Capriccio” with Gabriele Fontana, which has been one of this year’s main operatic offerings, and as a late addition she closed this concert with three of Strauss’s songs. The concert was singularly well-chosen to reflect the orchestra’s roots, not only its close connection with Strauss but also because the slow movement of Schumann’s ‘Rhenish’ Symphony evokes a solemn service in Cologne Cathedral and Bernd Alois Zimmerman was championed by the orchestra during its years with Günter Wand.

Till Eulenspiegel received an affectionate reading, not immaculate but full of character. This is an orchestra at ease with itself – soft-grained but warm strings with a notably fine violas and cellos, tangy winds (especially the excellent first oboe) and powerful beetle-browed Germanic brass – and its evident pleasure in making music communicated itself vividly. The very opening perfectly caught that gentle ‘once upon a time’ quality and the various episodes had an agreeably jokey, unpredictable quality which was a welcome antidote to those rather severe high-powered ‘symphonic’ readings. However, the work’s uproarious climax was certainly not lacking in Heft and although other groups may bring greater polish, this brought us close to the music’s light-hearted tongue-in-cheek spirit. 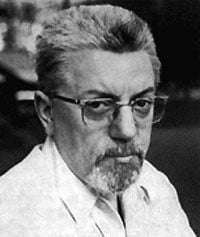 Bernd Alois Zimmerman, a tortured but major figure who committed suicide at the age of 52 in 1970, is precisely the sort of composer who should be featured at a major music Festival such as Edinburgh. Photoptosis – the incidence of light – is a three-part work for a massive orchestra lasting some 13 minutes. A study in instrumental and harmonic colour and texture without any traditional sense of development, it was suggested by the composer’s contemplation of the artist Yves Klein’s huge blue panels at Gelsenkirchen opera house and in particular the way the light played on them. Starting from total stasis augmented by flecks of orchestral colour, the work makes use of quarter-tones, giving it initially an out-of-focus quality. As with Ravel’s La valse the picture gradually clears and Zimmermann – who had a strong sense of the past – makes use of quotes from Beethoven’s ‘Choral’ Symphony, Wagner’s “Parsifal” and Scriabin’s The Poem of Ecstasy – before the work culminates in a gigantic wave of sound. Given with real commitment (and finely introduced by the highly articulate Markus Stenz), it made an overwhelming impression.

With Schumann’s ‘Rhenish’, given with a slightly reduced orchestra, we were on home ground. If the initial movement could have been tighter – it was all a bit too laid-back – the Rhineland barges of the scherzo moved quite beautifully with a heavy Schwung and in particular the orchestra caught the slightly tentative quality of the third movement to a tee, aided by some excellent wind playing. Solemn German brass came fully into its own in the Cologne Cathedral movement whilst the finale, taken at rather too sprightly a tempo, had an engagingly whimsical quality. Overall his was a reading which highlighted the work’s pictorial leanings rather than playing up its symphonic credentials.

To cap this thoroughly gemütlich evening, the orchestra was joined by Gabriele Fontana, the Austrian-born soprano with an agreeable Mozart/Strauss voice who has had a significant career in German-speaking countries, although she did appear in Weber’s “Euryanthe” at the 2004 Edinburgh Festival. Ending this concert thus appeared a rather odd choice but it worked surprisingly well. “Morgen!” is the most wonderful kitsch, frequently figuring in recitals, as does the exuberant “Cäcilie”, and brought the evening to an uplifting conclusion.