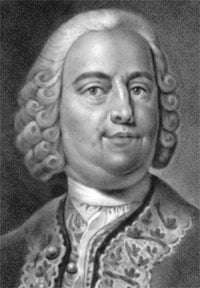 Claudio Valdés Kuri’s embarrassing production of Carl HeinrichGraun’s “Montezuma”, first seen in Essen earlier this year and now atthe Edinburgh International Festival as part of a world tour, openswith sellers of Mexican tourist tat accosting the audience as theyenter the auditorium, and closes with the cast contentedly sitting atthe feet of conductor Gabriel Garrido, singing a chorus that is not byGraun at all, but by Manuel de Samoya (or Zamoya), the principalrepresentative of Mexican Baroque. In between comes a kind of blurred,surreal analysis of Mexico’s debasement, first at the hands of itsSpanish conquerors, then as a consequence of post-colonial Americanand European influences. It involves, amongst other things, a singingdog, male rape and some very dubious goings on with a lot of bottlesof Coca-Cola.

You might well be forgiven for wondering what this has to do withGraun’s opera, a flawed if important work first performed in Berlin in1755. Graun (1704-1759) was Kapellmeister at the court of FrederickII of Prussia, better known to us as ‘Frederick the Great’, who wrotethe libretto and is also known to have influenced its composition byinsisting that Graun should get shot of traditional da capo arias,with their wholesale sectional repetition, and replace them withself-referential but through-composed cavatinas.

Frederick was anxious that his court and capital should embody thebest of radical Enlightenment culture, and “Montezuma”, taking theSpanish conquest of Mexico as its subject, was intended as an attackon colonialist expansion in the name of religious fundamentalism.Historical fact is, however, twisted and re-written to fit the thesis.Pre-Hispanic Mexican culture – Frederick does not use the word “Aztec” – takes on qualities at once pre-lapsarian and humanist. Montezuma’sempire – which in reality was expansionist, tributary and given tocults of sacrificing captured enemies – is re-defined as a tolerantsecond Eden that is despoiled by Christianity at its most aggressiveand engulfing. After the fashion of classical drama, meanwhile, aprivate microcosm mirrors the political catastrophe. The operaticCortes isn’t only after Montezuma’s country, gold and conversion toChristianity. He also has the hots for his fiancée Eupaforice, and asempires collide and massacres begin, we are also faced with aTosca-like triangle, in which Cortes uses threats first againstMontezuma’s body then his life as a means of sexual blackmail.

Graun, sometimes dismissed as second-rate, actually realises hissubject with considerable skill. Though he’s no Handel, he’s anattractive melodist and has a fine ear for orchestral sonority(predictably there are lots of flutes, Frederick’s favouriteinstrument). One supposed flaw in his methodology – a habit ofsticking too long round the tonic key at the start of an aria ormovement – is less perplexing here than elsewhere, given that thework’s dramaturgy is often dependent on clashes of inflexible will. Itwas written for high voices – sopranos, both castrato and female, anda single tenor – but there are striking contrasts between Montezuma’sinfinitely noble cantilenas, Eupaforice’s assertive coloratura andCortes’s narrow-ranged but formidably powerful declamation.

The problem with Kuri’s approach is that he doesn’t trust hismaterial. It is his idea, not Graun’s or Frederick’s, that the operashould be read as a metaphor for the decline of Mexican culture, andhis approach may broadly be described as symbolist, albeit at timesobscure. The first two acts are played roughly in period and observethe conventional boundaries between pit and stage. After the interval,however, the cast is in modern dress, and the players, who haveabandoned black tie for jeans, have now joined the singers on the stage. 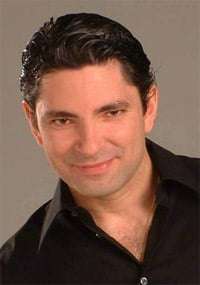 Messy parallels, mostly psychosexual and often ludicrous, are drawnbetween the production’s two parts. When Cortes (Adrián-GeorgePopescu) first catches sight of Montezuma (Flavio Oliver) in his loincloth, he whips off his own shirt and belt and indulges in a bit ofself-flagellation, before raping him and then having consensual sexwith one of the women in his entourage. An attempt at a complexmetaphor about conquest as a mixture of violent domination andcollaborative control, the scene is echoed, after the interval, byanother go at theatrical nastiness in which Cortes and his odioussidekick Narvès (Christophe Carré), now got up ascapitalists in Miami Vice-style suits, assault the rest of the cast,sexually or otherwise, with Coke bottles. Neither scene succeeded inhorrifying the audience, who gasped approvingly when Popescu got hisclothes off and tittered a lot thereafter.

Another of Kuri’s concepts, this time perhaps more relevant, is theidea of appropriation by cultural stereotyping. As part of the processof humiliation, Cortes forces the captive Montezuma to wear a huge hatand a poncho, so that he looks like a Mexican baddie from a Hollywoodwestern. The idea also explains – I think, though I could not swear toit – Kuri’s treatment of the ending. After Cortes has ordered theslaughter of Montezuma’s followers, the cast begin squabblingproprietorially over a huge Mexican flag and the music first dissolvesinto chaos then breaks down completely. Order is only restored aftersong sheets have been handed out and Samoya’s peaceful chorus begins,replacing Graun’s altogether more violent close. Kuri’s point, Ithink, is that Graun’s opera is itself an act of appropriation thatrewrites Mexican history for European ends – it contains the germ ofthe Rousseau-ist idea of ‘the noble savage’ – and that it tooultimately has to give way to a genuinely Mexican musical voice andmeans of expression.

What we have here, ultimately though, is not Graun’s “Montezuma”, but adirectorial version that is not only theatrically intransigent, butalso manages to affect both the music and our responses to it. It goeswithout saying that the score is extensively cut, roughly by a third,with the first act most detrimentally affected. The performances areat times inadequate, the result, one suspects, of casting fortheatrical rather than vocal effect. Popescu and Oliver both lookterrific with their kit off, but neither is quite up to it voice-wise.Popescu’s penetrating shrillness just about works as an expression ofCortes’s obsessive temperament. Oliver, however, is pushed beyond hislimits at the extreme ends of his voice in a castrato role thatnowadays is really more suited to a mezzo than a counter-tenor. Lourdes Ambriz, meanwhile, gets Eupaforice’s fiendish coloratura justabout right – no mean feat given the indignities Kuri heaps on her which include wearing an orange body-stocking with rubber suction cups for nipples at one point and singing one of her arias sliding head first down astaircase on her back, then struggling back up it, still lying down, but feet first this time. 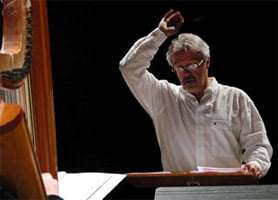 The smaller roles are variably taken. Some of the best arias in thework are given to Pilpatoé, Montezumas’s general: too many havebeen cut for comfort, though Lucía Salas does some nice thingswith what remains. As Eupaforice’s maid Erisenna, Lina Lópezsteals the show early on with a gracious triple-time aria that is oneof the score’s gems. Kuri also makes the terrible mistake of givingNarvès a dog. Carré carried on bravely when the animalstarted alternately howling along with his every phrase or sniffingPopescu while the audience dissolved into hopeless laughter. Garrido’sconducting and the choral singing from the Coro de Ciertos Habitantesjust about passed muster, though the usually sensational ConcertoElyma’s playing had more than its fair share of moments ofimprecision, with some notably ropey intonation from both woodwind andbrass.

The central theme of this year’s Edinburgh festival is Europe’sencounter with the New World and Australasia, and the complex, oftentragic, dialogues and histories that resulted. “Montezuma” belongs inany major survey of the subject, but this production is also afailure that does the opera itself few favours. It’s not quite amasterpiece, though it deserves occasional revival, and was considered good-enough for Decca to record highlights in the 1960s withSutherland and Bonynge. Kuri has done it more damage than good. Anyonewho has seen this will remember it for all the wrong reasons – and Isuspect and fear that as a result, it will be quite a while before weget to hear it again.