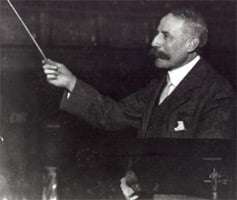 On paper, an all-Elgar programme might appear to be an enticing proposition, but in reality there are few conductors with whom one would now relish sharing the prospect. However, Leonard Slatkin is definitely one of them. The second of his two Elgar programmes with the Royal Philharmonic Orchestra reminded one – if any reminders were needed – that British musicians have no monopoly on Elgar’s music. Besides Slatkin, other notable Elgarians from beyond these shores currently include Gennadi Rozhdestvensky and Zubin Mehta. It is also well to remember that it was the German conductor Hans Richter – “True artist and true friend” – to whom Elgar dedicated his First Symphony, who described the work as “the greatest symphony of modern times, and not only in this country.”

Cockaigne was a curtain-raiser and got the evening off to an upbeat start. Elgar’s affectionate if romanticised musical postcard of late-Victorian London immediately established Slatkin’s credentials in this repertoire. Light on its feet with an instinctively natural rubato – the second subject’s ebb and flow was beautifully caught – there was an avoidance of bombast while still packing an imposing punch – such as when unison trombones ring out or when the organ added an extra degree of amplitude to the closing pages. Led by the excellent Stephanie Gonley, the RPO’s strings (with violins divided and cellos and double basses positioned to the conductor’s left, very much as Elgar would have expected) produced playing of a ‘Wand of Youth’-like tenderness in the quieter passages in which this music is frequently over-stated.

In the wake of St George’s Day (23 April) – for England’s (and Catalonia’s) patron Saint – if one single musical work encapsulates all that we think of as quintessentially English, it is surely Elgar’s Cello Concerto, at once wistful, whimsical, introspective, achingly nostalgic – and occasionally heroic. On this occasion Steven Isserlis, a fine chamber-music player, was strong on intimacy if unduly reticent. 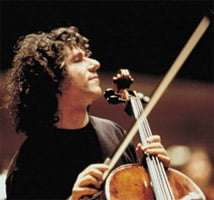 There is, of course, more than one way of approaching Elgar’s elegy for a world forever lost following the Great War, but there are certain passages which cry out for the greatest possible projection from the soloist if they are to achieve their full potency – the cello’s opening monologue, the explosive launch of the scherzo and, above all, the finale’s epilogue. For all Isserlis’s understated excellence when musing – in the opening movement’s ‘rocking’ theme or in the Adagio, here taken swiftly and without affectation – although he certainly caught the work’s numbed stoicism without mawkishness, ultimately one was left emotionally short-changed and, as a result, the concerto was somehow less than the sum of its parts. What could not be faulted, however, was the quality of the orchestral backdrop, Slatkin and the orchestra scaling down dynamics and dovetailing beautifully with their soloist and with much wind detail emerging unforced in the texture.

Despite a few rough edges the First Symphony was undoubtedly the evening’s highpoint. Having grown up with performances (live and recorded) from Boult and Barbirolli and subsequently from Solti, Mehta and Colin Davis, one is very conscious that in the last decade London has been treated to some extraordinarily lacklustre Elgar Firsts from conductors who show little affinity for this music and succeed only in making the work sound like “the musical equivalent of St Pancras station” to quote Beecham’s jibe.

By contrast, Slatkin’s traversal, at once red-blooded and affectionate, rekindled the visceral thrill one first felt on hearing this miraculous score. Partly, this was a matter of timing. From Slatkin there was a complete naturalness to the music’s flow, the tempo for the opening slow march (Nobilmente e semplice) perfectly judged to achieve grandeur without pomposity as it elided into the main Allegro. Partly, it was a matter of apt characterisation – in the preface to the score Elgar asks for the movement’s closing paragraph to be played “in a veiled and remote manner”, precisely what was achieved on this occasion.

Best of all were the central movements, the hectic scherzo was taken for once at a true Allegro molto with genuine fire in its belly, and seldom has the trio – something one might hear down by the river on a summer’s night to use Elgar’s description and here taken well up to speed – sounded more delicately evocative. After so headlong an initial impetus, the music’s gradual rundown into the Adagio, the deep velvet of a night without stars, came as more than usually logical. The slow movement’s opening producing a pp from the strings all the more potent for being both pianissimo and full-toned. This movement benefited particularly from Gonley’s finely traced violin solos, Richard Clews’s unobtrusively secure first horn and, at the close, a magically sensitive clarinet benediction from Michael Whight.

The finale opened with a daringly protracted Lento introduction, at once brooding and tense, allowing pressures to build before the eruption into the Allegro that benefited greatly from an unstoppable forward momentum (just as well since the movement is the least interesting musically). When the coda was finally unleashed, brass haloed by strings, it achieved its full impact, and the final stringendo was quite simply thrilling.

This ongoing RPO series of English music is billed as “Green and Pleasant Land” – the next programme (in Cadogan Hall) with Vernon Handley includes Vaughan Williams’s Fourth Symphony (which hardly fits that description) – but judging from the full-house and appreciative response for Slatkin’s concert, the RPO is onto a winner.