“Alto saxophone master Tony Kofi, winner of the BBC Jazz Awards; winner of the Parliamentary Jazz Awards and with Album Of The Year in the British Jazz Awards, fronts his Quintet in this celebration of the jazz giant Julian “Cannonball” Adderley, who was one of the best loved figures in post-war jazz. The concert includes Adderley brothers classics like “Things Are Getting Better”, “Work Song”, “Del Sasser”, “Sack o’Woe” and “Mercy, Mercy, Mercy”, as well as a guest vocal spot by Deelee Dube, exploring the memorable 1961 collaboration between Adderley and singer Nancy Wilson.” From EFG London Jazz Festival website 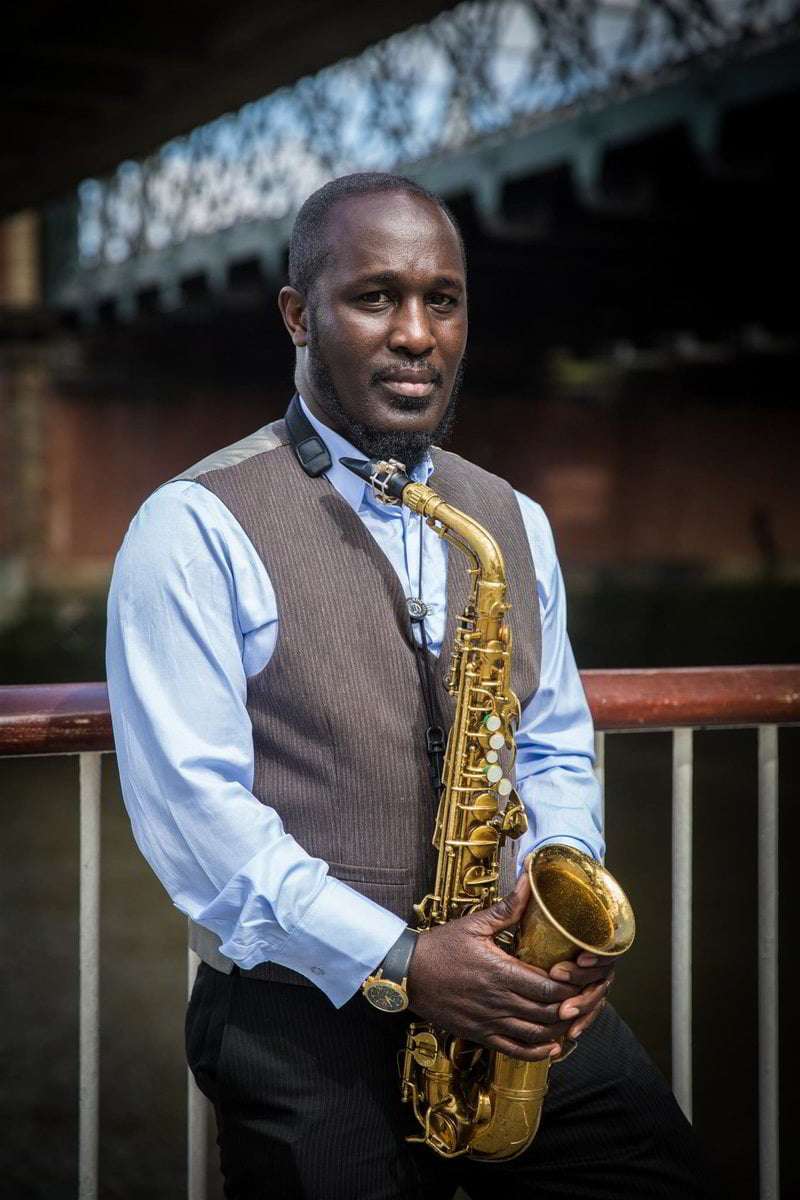 After reviewing four European jazz/classical performances in concert halls, attending a tribute to a soul-jazz legend in a theatre-bar felt like returning to the roots of jazz. No swirling fug of cigarette smoke of course, because we weren’t in mid-fifties New York – but when the band kicked off with a blistering version of ‘Bohemia After Dark’ we might as well have been. Because there’s a story behind that opening tune.

It’s 1955 and we’re in New York’s Café Bohemia. The saxophonist for Oscar Pettiford’s band hasn’t shown up, so alto player Cannonball Adderley volunteers to sit in. He’s a legend in Florida but in the Big Apple no one’s heard of him. So Pettiford counts off ‘I’ll Remember April’ at a bronco tempo to throw this new kid out of the saddle. Except that Cannonball gallops home and brings the house down. A legend is born overnight.

Back here in this tiny theatre, in the front row and close enough to touch the music stands, I felt as close to that magical night in Café Bohemia as could be. Kofi doesn’t have quite the same big and fruity tone as Cannonball – his is a little more tannic – but his phrasing and expressive vibrato, his well-judged growls, his soul feel, all suggest a musician who’s studied his hero in depth and with love. A musician who’s studied many other saxophonists from the bebop and hard-bop era too, judging by the effortless quotes from Charlie Parker (‘Donna Lee’), Sonny Rollins (‘St Thomas’) and probably several more, whistling past almost too fast for the ear to catch.

That love and deep familiarity bonded the whole band, evident on the jazz standards ‘Minority’ and ‘Nardis’ – the latter penned by Miles Davis but first recorded on the album Portrait of Cannonball. With so many classics to choose from, it must have been hard to whittle down the list, which may explain why the band stuck to just a few albums. Live at the Lighthouse alone yielded three tunes: the funky ‘Sack o’ Woe’, the pretty waltz ‘Blue Daniel’ and the Latin-tinged ‘Azule Serape’.

When singer Deelee Dubé guested on four numbers, the obvious album choice was Nancy Wilson / Cannonball Adderley for ‘Happy Talk’ and ‘The Old Country’ in the first set, and ‘Never Will I Marry’ and ‘The Masquerade is Over’ in the second. Dubé sang all four tunes fairly straight, which was faithful to the Nancy Wilson’s originals – but a shame for a singer who won the 2016 Sarah Vaughan International Jazz Vocal Competition and so must have plenty of chops for scatting.

After playing so many classics, which two do you play for your encore? When Kofi asked us to guess the name of the first by saying that it earned Cannonball’s brother Nat a fortune, we knew it had to be the insanely memorable and catchy ‘Work Song’. And to top that? Dubé returning to deliver a rare vocal version of ‘Mercy, Mercy, Mercy’.

After a gap of sixty-four years, this concert couldn’t deliver the shock of the new felt at Café Bohemia in 1955. But it could deliver comfort, like a musical hug from an old friend.