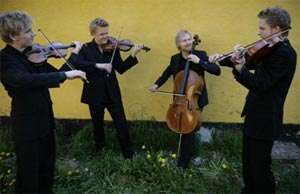 Over several intensive days, the twelve string quartets invited to take part in the Eleventh London International String Quartet Competition (from the 32 that applied) had been whittled down to three for the Final that was held in Wigmore Hall. During this time, and not forgetting numerous related recitals, talks and courses, the preliminary rounds (held in the Royal College of Music) had embraced works by Haydn and Mozart and pieces written “post-1915” (Bartók proved popular with the musicians) as well as the set piece, Thomas Adès’s Arcadiana. For the semi-finals the six ensembles remaining were required to play Beethoven (excepting the Opus 18 collection and Grosse Fuge – no choice then for the finale of Opus 130!). For the well-attended Final (affably introduced by Sean Rafferty, BBC Radio 3 being in attendance), the pieces to choose from embraced Brahms, Debussy, Mendelssohn, Ravel, Schubert, Schumann and Smetana.

First up was The Danish String Quartet (three Danes and a Norwegian). This group was formed in January 2001 and its current formation is from as recent as September last year. Commendably the players avoided making this music seem thick-sounding and grey-bearded; indeed, the intensity generated (without being hard-driven) and contrasting tenderness made a big impression and opened-up the expressiveness of this work; however, the leader suffered dubious intonation from time to time. There was though some engagingly plaintive playing in the slow movement, but the Allegretto third movement was less ‘accommodating’ than Brahms might have expected, and the finale, while determined and focussed, was somewhat relentless and, by now, the ensemble’s lack of dynamic variety was beginning to pall.

The Signum Quartet, formed in 1994 with its current formation also recent, January last year, is a 75-25 German/Dutch combo. The opening of Ravel’s String Quartet was promising, lovingly shaped. Also impressive was the interaction of the foursome; less admirable was the slowing in the pizzicato scherzo to sign-post the return of the main idea. There was no lack of sensitivity in the slow movement, indeed it was quite rapt, although it also dragged somewhat, yet the difficult-to-bring-off finale was brought off with integration but without denuding its whimsy. 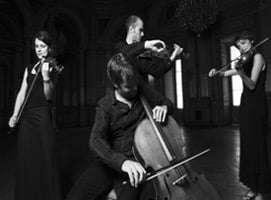 It was though Quatuor Voce (its French members together since January 2005) that took the honours (if not according to the Jury!). The first sound heard was somebody’s mobile ringing, just a split-second before the performers started! The musicians had the presence of mind to halt and re-compose themselves. Then, the opening chord was wonderfully unanimous and grabbed the attention. The cleanness of articulation and the thought-through approach to the first movement (wisely passing on the exposition repeat and saving something for the coda) brought the most engrossing music-making of the evening, purposeful, vivid and with wonderfully convincing dynamic contrasts. The ‘Death and the Maiden’ slow movement (variations on Schubert’s own song) was veiled and march-like, its contrasts made much of without cordoning them off. The scherzo was speedier than the norm, and emerged as very convincing in it spikiness (the trio a serene divergence). The players missed a trick by not continuing straight into the finale – indeed their waiting lost some intensity – and here the swiftness removed the edge this music needs.

Nevertheless, this account of well-known Schubert was revealing on its own terms as well as suggesting that Quatuor Voce is a group that should go far, not least for being blessed with a particularly strong and characterful violist and cellist, although leader Sarah Dayan’s upper register has a tendency to be a little thin-toned.

Although the Jury is required to deliberate on the competition as a whole, these Final performances suggested Quatuor Voce as clear winners (a view substantiated by colleagues who had attended the earlier rounds). But, that’s how it goes sometimes!