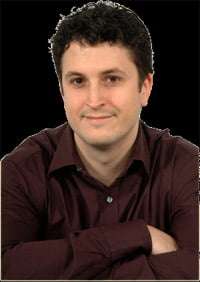 “The Kingdom” is the second part of an unfinished trilogy of oratorios Elgar intended to write following the success of “The Dream of Gerontius”. (The first is “The Apostles”.) Although it has had its supporters – including Hans Richter and Adrian Boult, who considered it to be Elgar’s greatest work – “The Kingdom” has never received the public attention which the earlier work has almost always enjoyed. There are two simple reasons for the neglect of “The Kingdom”; quite simply, it lacks the feeling of ecstasy which fills every bar of ‘Gerontius’, and, whilst the first three parts contain some glorious music, the final two rely too heavily on constant repetition of leitmotifs, for, although the story moves on, the music never achieves real development. That said, a chance to hear this work is a rare opportunity and one not to be missed.

In theory, considering Elgar’s lifelong connection with the Three Choirs Festival, a cathedral setting would seem an ideal venue for the work. In practise, however, this proved a very misguided thought. In the third bar of the ‘Prelude’, Elgar states the first leitmotif, but this was all but obliterated by the accompanying music. This set the tone for the whole performance, for, although this was obviously a well-thought-out interpretation on Neil Ferris’s part, in execution it was ruinous. When the voices sang unaccompanied, and there is a deal of a cappella music in the work, the sound was full and rounded and beautiful to hear. Likewise when the orchestra played quiet, discreet, music there was much to enjoy. However, put the two together in loud music and the result was a muddle of sound and it was almost impossible to hear any line clearly as the orchestra continually overwhelmed the chorus – this was most noticeable in the section ‘In Solomon’s Porch’ where there was simply too much motion in the orchestral parts against the separate voices of the chorus – and the reverberation was colossal. Also, the soloists sounded as if they were performing in another room, so distant did they sound. After the interval – which occurred between Scenes 3 and 4 – I moved to another seat, and although this meant that the soloists were more audible, the same poor balance was overwhelming.

The problem was the sheer size of Guildford Cathedral and its huge acoustic; there was nothing that the poor conductor could do to help the performance.

All that said, there were some fine things which did work. Of the soloists, Jennifer Johnston and Ben Johnson were the most successful, achieving a really lyrical line despite the accompaniment. Helena Dix gave a noble performance of the great scena ‘The Sun Goeth Down’, despite what sounded like some misreading of the rhythmic pattern, but this could simply have been because of the general sound. William Berger was worst served because the pitch of his voice made it difficult to travel in the space, penetrating the acoustic, and he was too easily swallowed by the overall texture.

This was a valiant attempt to show just what a fine work “The Kingdom” is, and it is a fine work, but everyone, performers and audience alike, were poorly served by the acoustic which was, quite simply, wrong for the work.