Mendelssohn
Elijah, Op.70 – Oratorio on texts from the Old Testament

Music Director James Levine was scheduled to conduct this performance of Mendelssohn’s grand oratorio “Elijah”, but had to withdraw from this and the rest of his Boston Symphony concerts this season because of lower-back problems. Rafael Frühbeck de Burgos, a frequent BSO guest conductor and a distinguished Mendelssohnian (he made a celebrated recording of “Elijah” in 1968 with Dietrich Fischer-Dieskau, Gwyneth Jones, Janet Baker, Nicolai Gedda and the New Philharmonia Orchestra and Chorus) replaced Levine on very short notice.

Although it was premiered and is often performed in English, the original text of “Elijah” (original title “Elias”) was in German, the language used in this BSO performance. Mendelssohn was never successful as an opera composer, but he was attracted to the stage throughout his life. “Elijah” successfully combines features of both oratorio and opera. Instead of narrating the events in the story of the Old Testament prophet Elijah, it reenacts them. The action of the story is presented most dramatically, in real time, as Elijah summons the Israelites to righteousness, performs miracles, rallies against idolatry, confronts the wicked queen Jezebel, and finally ascends to heaven in a fiery chariot.

The splendid line-up of vocal soloists for this performance (the last in a series of three at Symphony Hall) provided top-notch singing in all respects, but it was the splendid work of the Tanglewood Festival Chorus that made the evening most memorable. Celebrating its 40th-anniversary under its founding conductor John Oliver, the choir gave a compelling and dramatically powerful performance as its 147 members sang Mendelssohn’s lengthy work from memory, fearlessly navigating the score’s numerous and powerful dynamic contrasts with vigorous, clearly focused singing. 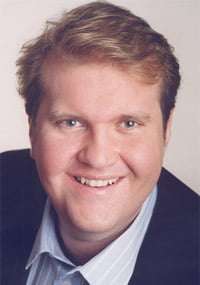 Making his BSO debut as Elijah, bass-baritone Shenyang was wonderfully steady in his delivery, singing with great dedication and beauty of tone, though at times one wished for a more dramatically forceful portrayal. Anthony Dean Griffey, a late substitute for Aleksandrs Antonenko who had to cancel his appearance because of a throat infection, delivered his tenor solos with vocal grace, dramatic flair and superb sensitivity.

The female vocal soloists, Christine Brewer and Stephanie Blythe, were both in magnificent form. Brewer sang with tremendous power and clarity, and was at her most sublime in the emotionally-laden aria ‘Höre, Israel’ (Hear ye, Israel). Like Brewer, Blythe displayed great dramatic assurance and had no problem filling Symphony Hall with her powerful voice. She was most impressive in the role of Queen Jezebel when, in a sequence of increasingly angry recitatives, she incites her followers to go forth and seize Elijah.

Under Frühbeck, the Boston Symphony made a handsome effect, as he propelled Mendelssohn’s music forward with great authority and conviction. The BSO strings were particularly impressive, displaying a wonderful plush sound and an exhilarating lift.