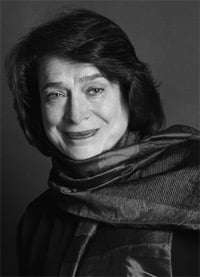 Replacing an indisposed Angela Hewitt who was unable to appear “due to unforseen circumstances”, Elisabeth Leonskaja took over this last BBC Radio 3 Lunchtime Concert of 2007 at very short notice. Since her appearances here are all-too-infrequent, her participation with a programme of Schumann and Chopin, both composers with whom she is closely associated, was doubly welcome.

Papillons, an early work completed in 1831 but written over the previous two years, is a sequence of 12 short pieces, the whole lasting a little over fifteen minutes, most of them deriving from waltzes and polonaises Schumann had written in imitation of Schubert (who had died only a couple of years previously). The idea behind this sequence of vignettes is a series of tiny scenes at a masked ball. Given their provenance and the date of their composition, they are closer in spirit to Schubert’s sets of German Dances than to Schumann’s later large-scale piano works (although some of the music from the close of Papillons subsequently found its way into Carnaval).

All too often even major pianists play this music with the benefit of hindsight, making more of it than it will actually stand. By contrast, Leonskaja – who invariably produces a warm cultured piano tone – took this unpretentious music by stealth rather than full-frontal assault, combining delicacy and warmth. There was a touch of gemütlich whimsy and a very welcome lightness with each dance fully characterised, yet given air to breathe. Virtuosity was undoubtedly there in abundance in the more demanding pieces, but for the most part Schumann the dreamer-poet prevailed.

Seldom either has one been quite so aware how much quiet music there at the heart of Chopin’s Four Scherzos. In music that often brings out the worst in steel-tipped aggression, Leonskaja tackled this pianistic assault-course with quiet assurance and subtlety. There were a few minor slips along the way, especially in the opening B minor example, but there were rich dividends too. Even in the most tumultuous passages the singing line was never lost and inner parts received their due. Curiously, in this opening Scherzo Chopin’s frequent ‘agitato’ markings drew a response that sounded almost Schumannesque, as did some of the more whimsical moments in the Second Scherzo.

Where Leonskaja was particularly successful was in integrating the central slower sections of all four works. Marked either Molto più lento or Sostenuto, these are often treated as interludes, almost distractions, to the high-wire escapades of the main business. It takes a certain confidence to turn them into each Scherzo’s emotional heart – as happened on this occasion. Certainly Leonskaja’s understated way with the outer sections – ff and sf markings were never attacked – will not have been to everybody’s tastes, but it was a thoroughly valid and – above all – a musical take on works which are frequently used as an excuse for empty show. Her encore, the Nocturne in E flat, seemed all of a piece with what had gone before in a gently introspective reading which somehow mirrored those moments of stillness in the Scherzos.