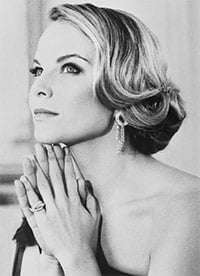 Elīna Garanča, the Latvian mezzo-soprano, matches sterling technique and artistic integrity with a willingness to communicate her art without resort to any nonsense. She was promoting her latest album (Romantique, on Deutsche Grammophon). We listened, and we were enraptured. The LSO was conducted by her husband, London-born Karel Mark Chichon.

The programme included an interview with Garanča and outlined perfectly the geographic journey this recital was taking – Kiev to Seville, via Paris – the ports-of-call exploring the multi-faceted deportment of Garanča’s aristocratic, warm, weighty, or lusty voice. Whilst her voice’s top-end was shown off in some spectacular moments, it was within the rich mezzo tessitura that she found the best expression to show off her dazzling technique.

The Maid of Orleans (based on Schiller’s tragedy of Joan of Arc) is a rarity. Joan’s farewell aria (‘Da, čas nasta! Dolžna povinovat’sya’ – Yes, the time has come) found Garanča pained to get the words out, her voice open, heavy, yet not weighed-down. The hints at emotions when reminiscing made this a magical opener, a journey of discovery. The rest of her programme was devoted to French repertoire, beginning with Dalila’s seductive aria from Saint-Saëns’s Samson et Dalila, Dalila unfolds her love for Samson, a seductive quality that Garanča would explore later. The closing line melded sweetness and regret, with anticipation for the dangers ahead: Garanča showed what a magnificent vocal actress she is. The aria offered from Gounod’s relatively unknown The Queen of Sheba continued this woman-in-love theme. Here the queen pours her heart out because she loves someone else: not Solomon, but metalworker (!) Adoniram. Garanča relished the queen’s fervent realisation of her true love, her voice cutting through the orchestral orgy and knocking one sideways! 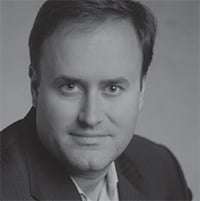 The second half’s singing consisted of chunks from Bizet’s imagined Spain, as in Carmen, and opened with the First Version of ‘L’amour est un oiseau rebelle’, not nearly as wistful as its familiar incarnation, but given with insouciance, Carmen’s playful side (she was not necessarily a man-eater) brought vividly out. Then the more-familiar setting was heard, produced freshly with sexual longing. In the other extracts, Garanča ably recorded Carmen’s desires and self-destructive nature. The highlight was ‘Chanson bohème’, where she accelerated from the dream-like opening to a showstopping ride with the devil.

Throughout the recital Garanča exhilarated and enraptured in equal measure through vocal agility, vivid communication and stellar technique. She offered three encores, beginning with ‘Cuando está tan hondo’ from the zarzuela El barquillero by Ruperto Chapí, which dripped with flirtatious passion; and we all adored Agustín Lara’s terrific Granada.

Not so secure was the LSO’s contribution as directed by Chichon, which was often hard-pressed, lacking in nuance, and with misjudged balances, timpani particularly over-dominant. This did not detract too much from the singing, but in the orchestra-only pieces the character of the music was sapped; the ‘Prélude to Act One’ of Carmen was hard-driven, for example, although the obsessed ‘Bacchanale’ from Samson et Dalila was a rollercoaster of a ride. Individual contributions were exemplary, not least from violinist Gordan Nikolitch during the ‘Méditation’ from Massenet’s Thaïs who dovetailed beautifully the heartbeat provided by harp.