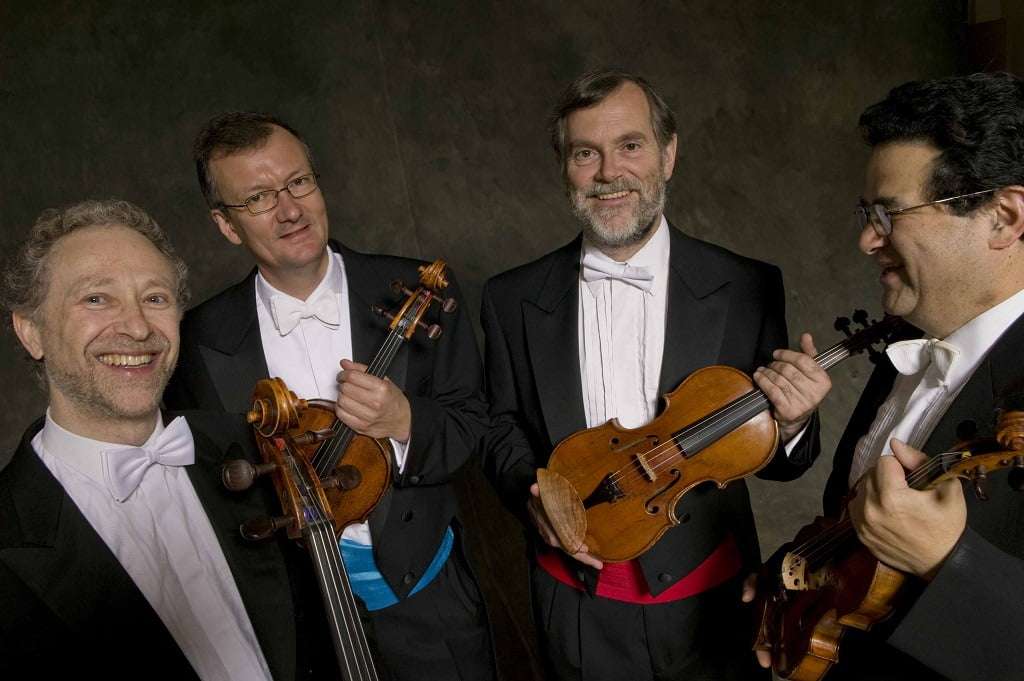 This was a genuine fortieth-anniversary concert, in that it was held on the same date as the Endellion Quartet’s very first rehearsal. As I recall, they came together specifically to enter the first Portsmouth String Quartet Competition, in which they took second prize. The programme brochure for this celebratory event is full of photos: one of the original line-up with Louise Williams as second violinist, one with her 1983-86 successor James Clark and quite a few with Ralph de Sousa, who has been with them ever since. He may seem to be a relative Johnny-come-lately, having been a member for only thirty-three years, but he and violist Garfield Jackson tell me that they played in a quartet led by Nigel Kennedy when Ralph was ten and Garfield twelve.

The nickname ‘Rider’ for Haydn’s G-minor Quartet implies a rather athletic, outdoor work, and it certainly has elements of those qualities. The first movement begins with a vigorous sort of pre-theme, followed by a long pause before we hear what appears to be the real opening idea, and this procedure is heard again if the exposition is repeated, as it was here. The pre-theme is then employed again at the outset of the development. The Finale, which gives rise to the nickname, is also vigorous as only a Haydn Finale can be. Yet Ralph de Sousa tells that he sees this Quartet as quite a dark work, and I see what he means: its minor-key recurs in the Trio of the Minuet and the Finale, and the slow movement (Largo assai) has moments when someone seems to be walking over Haydn’s grave. Gone are the days when the Endellion Quartet could be accused of over-refinement in Haydn. This performance, while very well played, had plenty of rhythmic vigour and harmonic grit.

Bartók has been an Endellion specialty from the beginning and the performance of the Second Quartet was also very elevated: the strange sense of dislocation at the start – Bartók partaking not just of Reger but of Schoenberg as well – was maintained throughout the opening movement; the central Scherzo, with the composer’s Magyar side to the fore, was furiously fierce, with a rip-roaring coda; and the intriguing questions-and-answers in the Lento were beautifully varied, right down to the final quiet pizzicatos from viola and cello.

It may be that Beethoven’s C-sharp minor Quartet is the greatest single musical work ever composed, yet I have heard many fine performances of it. On the other hand, I have encountered hardly any concert performances of the A-minor Quartet, Opus 132, that have measured up to its stature. Soon after making his famous recording of the latter, Adolf Busch wrote that he had heard only a handful of good accounts of it. So it may be that the A-minor is the Everest among the late Quartets, and I hope to hear an Endellion rendition of it ere long. 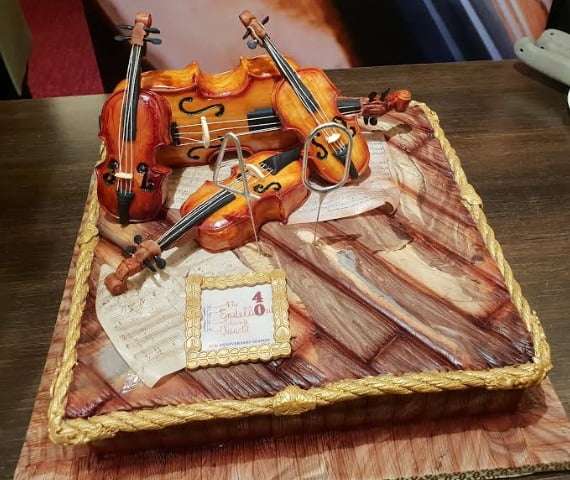 On this occasion it was 131, and I found the reading enthralling even when it was slightly imperfect – something was awry with the humorously pinging pizzicatos in the Presto movement. The fearsome challenges in this work include summoning the stamina to get through a multifarious series of movements which plays continuously, and to stay in tune while doing it. And that is before finding the spiritual energy to interpret all the varying moods. Virtually all of these hurdles were magnificently surmounted: the opening fugue beckoned us in, and the ensuing sections retained our interest until the strenuous Finale, which cunningly avoided the trap of seeming merely brutal.

As an encore, the players gave us Annette Isserlis’s hilarious fantasy on ‘Happy Birthday to You’, full of references to numerous String Quartets and even to such tunes as ‘I do like to be beside the seaside’. Afterwards, in the Bechstein Room, some of the audience had a chance to meet the players, and a magnificent cake, surmounted by models of two violins, viola and cello, was trotted out for general consumption.

I hope the Endellion members will continue to entertain, educate, intrigue and occasionally baffle us for a few more years yet. They show no signs of imminent decay.