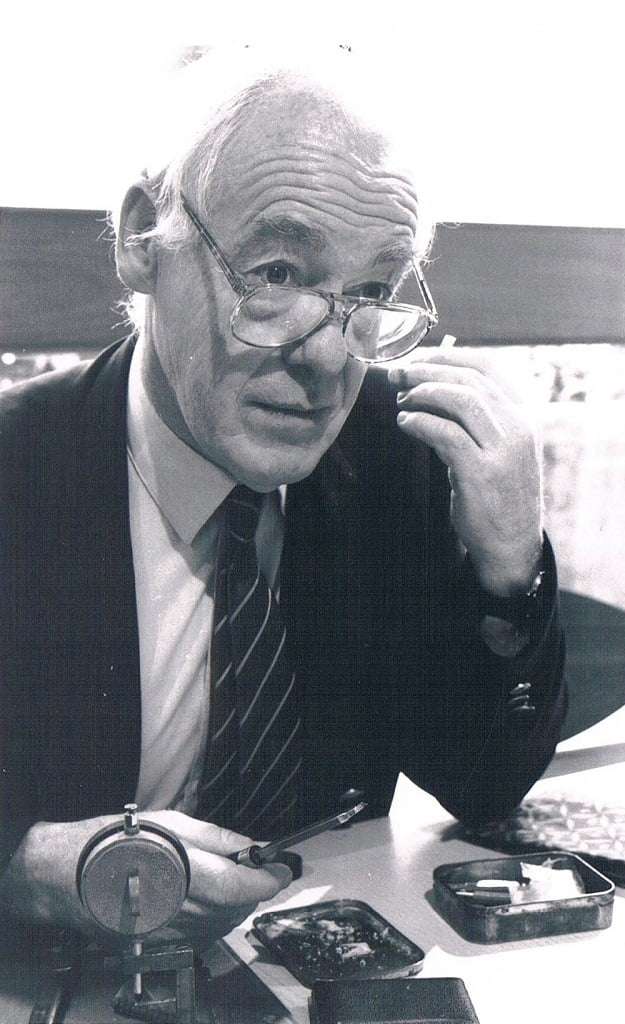 This concert was held to celebrate the life of Neil Black (1932-2016), the great oboist and, from all accounts, a lovely man. I have many memories of his playing in the English Chamber Orchestra and as a soloist – I especially recall a performance of Martinů’s Oboe Concerto. Another reason for the event was to raise money for the Neil Black Award, fairly recently established in association with the Countess of Munster Musical Trust. The first winner, Manou Rolland, has already been found: he happens to be an oboist but apparently any wind-player is eligible.

Before we had any music, Mitsuko Uchida made an impromptu speech about her recollections of Neil Black; and at the start of the second half the distinguished oboist and music educationist George Caird made a brief homily – he also contributed his memories of Black to the programme brochure.

I think Black would have been pleased by the playing of Jonathan Kelly, oboist of the Berlin Philharmonic, in the first two items. First we had the opening movement of J. S. Bach’s ‘Ich habe genug’, with Roderick Williams and Kelly standing at the front of the stage. Behind them were the Endellion Quartet, with bassist Paul Sherman seated between the viola and cello, and standing at the very back was Harold Lester, playing a small chamber organ. It was a lovely performance, making me wish we could hear the entire Cantata. There was more beautifully liquid oboe-playing to come in Mozart’s Quartet, omitting Andrew Watkinson. I do not think I have heard a better rendering of this delightful work, with its sprightly Finale, in concert.

To end the first half, we were given an ideal interpretation of Samuel Barber’s Dover Beach, which the composer himself once recorded with the Curtis Quartet. Not quite so many years ago, the Endellion members recorded this setting of Matthew Arnold’s best poem with Thomas Allen, and I am not going to draw any invidious comparisons. Williams stood between second violin and viola as one of the ensemble. I doubt if one could hear a better interpretation anywhere. Williams’s enunciation was excellent, as always, his tone was consistently beautiful and when he opened out at the climax the effect was both thrilling and moving. When he reached the last line, “Where ignorant armies clash by night”, I could not help thinking of the current shenanigans over so-called Brexit.

After the interval, Beethoven’s First ‘Razumovsky’ found Waterman setting out at marginally too fast a tempo in the opening Allegro. The players had to relax a little fairly soon and later they relaxed even more, so that when David Waterman took up the reprise of the first theme in the recapitulation at the tempo primo, it jarred somewhat. (As recorded, the canny old Busch Quartet adopted a slower basic tempo, needing fewer adjustments.) The Allegretto e sempre scherzando was slightly scrappy by Endellion standards but Watkinson produced his best, most eloquent artistry for the sublime Adagio molto e mesto. In his eminently ignorable book The Beethoven Quartets, Joseph Kerman wrote such drivel about this movement that I am not going to give his views further publicity by quoting them. Instead, having dismissed Kerman with the equivalent of ‘Away and scratch yourself!’, I shall merely observe that when played by an Adolf Busch, a Peter Cropper or an Andrew Watkinson, this Adagio comes close to the rarefied air of the late Quartets. The Finale on a Russian theme was very enjoyable, with splendid discourse. It is always good to hear the Endellion play Beethoven. These musicians return to Wigmore Hall on January 20 for their fortieth-birthday concert – on the anniversary of their very first rehearsal – and again on May 29, when they play four brief commissioned works.

Finally, a few more words about Neil Black. Born in Birmingham, he started on the oboe at eleven, played in the National Youth Orchestra, studied history at Exeter College, Oxford, and then had further oboe studies with Terence Macdonagh. He was at various times principal oboe of the LPO, the Academy of St Martin in the Fields, the ECO and the London Mozart Players. He taught at the Royal Academy of Music and the Guildhall School and received the OBE in 1989. Like Ralph de Souza, he was an avid cricket enthusiast. Anyone interested in donating to his memorial award can do so at www.munstertrust.org.uk/neil-black-award.