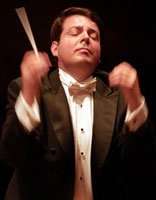 A week prior to this concert, Andrew Litton was awarded the Elgar Society Medal for his significant contribution to the understanding and promotion of the composer’s music, particularly abroad. Litton has taken Elgar to Vancouver, Dallas and Bergen, but tonight brought him ‘home’ with the English Chamber Orchestra for a pleasingly structured concert.

Listening to Nursery Suite is akin to flicking through an old photo album, and this is essentially the compositional process employed by the 73-year-old Elgar as he developed early musical nuggets into an eight-movement piece, commemorating the birth of Princess Margaret in 1931.

The unassuming Litton coaxed a lilting ‘Aubade; from the ECO strings, and a chirpy ‘Busy-ness’ used figurations resembling birds chattering incessantly. Cadogan Hall’s acoustic drew individual parts into sharp focus, and Litton used this to his advantage for an account of ‘The Wagon (Passes)’, the dynamic swell dying away to a mere ember. William Bennett contributed a charming flute solo to the chromatic ‘Serious Doll’, while Stephanie Gonley was more gung-ho in the violin cadenzas of ‘Coda’. Meanwhile sensitive string-playing imbued ‘The Sad Doll’ and ‘Dreams’ with a sweet melancholy.

Gonley led the Introduction and Allegro with gusto, perhaps overdoing the ‘scrubbing brush’ figuration described by Elgar. The playing was superbly disciplined and energetic; the Fugue impressing with its clarity, while violist Jonathan Barritt’s understated statement of the theme that came to Elgar while walking the Welsh cliffs was nicely done. 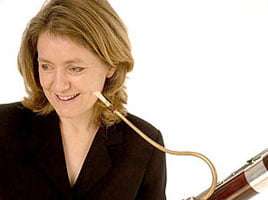 Romance for bassoon is an appealing work. Julie Price successfully captured its graceful lyricism with a full tone that projected over the orchestra, sensitively handled by Litton, who was careful to gauge the dynamic of the accompaniment.

The chamber forces lent the Cello Concerto’s first movement a rare intimacy, so that when the unison violas began the 9/8 theme there was fragility seldom encountered by a symphony orchestra reading. Paul Watkins was authoritative throughout, growing in strength and intensity as the first movement progressed and fully in control of the scurrying figurations found in the scherzo. The transition between the two created palpable tension, and while Watkins threatened the occasional mannerism of tempo or vibrato this was always with reverence to the music.

The warmth of the Adagio was aided by Litton’s sharp ear for the orchestral accompaniment, with Watkins’s pianissimo playing a particular delight before a sudden snap prepared for the finale. This found Watkins and the cellos playing as one the grimly determined main theme, striding forward as well as finding pleasing ebb in the orchestral response. Watkins has been living this concerto for a while now – he brought it to this year’s Proms on the first night – and on this smaller scale he took care to stress the work’s intimacy, its Autumnal glow.