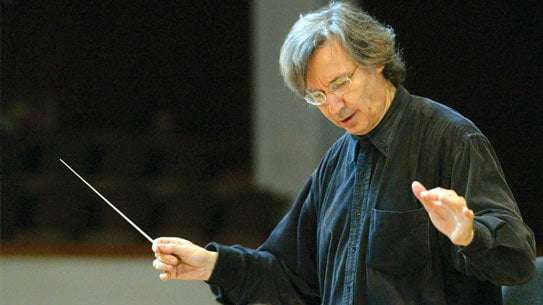 This promised, on paper, to be an attractive programme, made up largely of music with a French flavour, such as would have attracted any but the most antigallican listener. There was also the first performance of a new Violin Concerto, by Peter Fribbins, played by its dedicatee Philippe Graffin – a long-time London resident who, we learn, is to return to France to be based there. A new work by a living British composer might have caused conservative-minded concert-goers to give the event a miss, but the established compositions and the knowledge that Fribbins is not a composer whose music would cause any problems might well have attracted others. 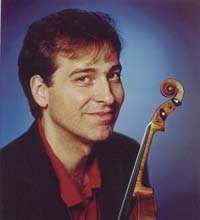 Fribbins’s Violin Concerto, completed last year, has nothing within its pages that would seriously offend the sympathetic listener, although equally it has little of compelling invention such as would make the experienced music-lover keen to hear the work, of almost half-an-hour’s duration, again soon, despite having been set in train by the ‘Sarabande’ in Purcell’s Sonata in G minor (Z780). We were told, in Dr Chris Dromey’s extensive programme note, that this theme “is woven into the fabric of Fribbins’s concerto, reaching back to somehow contain or circumnavigate the concertos that came between: Bach, Mozart, Beethoven, Brahms, Sibelius, Elgar, Barber, Bartók, Walton… The concerto’s Baroque signposts – Purcell, Bachian violin-writing, allusions to the French overture [sic] – not only engage the listener, they also grapple with deeper nationalist associations and heritages through the lens of this century’s neomodernity.”

Well, that’s telling us. The piece itself is in many ways quite competently written, and has a number of imaginative moments, but against such positive values as it possesses must be set the unconvincing structure, especially that of the first movement, which has a tendency to stop and start, albeit not in tempo, thereby revealing the lack of an essential sense of forward momentum, uncertain as to where we were going. It was also curious, not to say somewhat disappointing, to feel that the more genuinely interesting music in this movement was to be found in several seemingly unnecessarily lengthy orchestral passages, the soloist absent from these engagements. A relatively lengthy first movement such as this requires a far greater grip on the overall structure and a more compelling musical argument than came across, as well as – it need hardly be said – a concentration upon the organic demands to fulfil the time the composer seeks to fill.

The slow movement, Adagio contemplativo, is not exclusively contemplative, for several loud orchestral passages – seemingly not well-scored (although the difficulties of balance within Cadogan Hall may have contributed to the rather rasping effect at times) – made the textures appear less lucid as the genre surely requires. In particular, one miscalculation – a long-held (too long) woodwind chord – virtually obliterated whatever else was going on. I’ll take Dr Dromey’s word that the finale, after various tempo changes, “races to a close, though memories of luminous textures cause the expected climax to yield to an unforeseen close”, to my ears reminiscent of the conclusion of the opening movement of Prokofiev’s Second Violin Concerto.

Fribbins’s Concerto, which was performed with considerable conviction, virtuosity and sensitivity, was preceded by Mozart’s so-called ‘Paris’ Symphony, a work written for performance in the French capital, and containing elements considered fashionable at the time. It is an astonishingly original masterpiece – certainly in terms of its structural innovations, driven by the nature of Mozart’s thematicism. As such, it made a brilliant start to the evening. Jean-Jacques Kantorow’s tempos were excellent, and clearly predicated upon a clear understanding of the inherent qualities of the work.

The concluding three French pieces – two by Ravel enclosed what should have come across as a rare piece of early Impressionism by Saint-Saëns – were variably performed. Le tombeau de Couperin made its customary elegant effect, the final bars of the concluding ‘Rigaudon’ being exceptionally well-done, but the Saint-Saëns was disappointing. The balance was misjudged, for the harp was placed, throughout the concert, directly in front of and a few feet from the conductor’s podium, separating the second violins and violas (first violins and cellos in the ‘usual’ places). This made the instrument – especially in the Saint-Saëns, where it plays for about 85-percent of the time – far too loud, against the total string strength of 21 players. Although Kantorow followed the printed metronome mark, this was surely too fast for a barcarolle, making this beguiling score depict more of an ‘Early Evening in Madrid’ rather than a languorous Night in Lisbon.