Reviewed from live BBC Radio 3 broadcast… This year’s English Music Festival opened, as it always does, with Hubert Parry’s inspired setting of William Blake, Jerusalem, in a rather rushed congregational (uncoordinated) rendition, presumably in the composer’s original version, for there were few signs of Elgar’s more-familiar, more-extravagant orchestration, but souls were stirred nonetheless. From there to a belated premiere, 100 years on, for Rutland Boughton’s Troilus and Cressida (1914), music that was not published and which Boughton forbade performances of. Some confusion though. Introducing it for BBC Radio 3 listeners, Christopher Cook called it a “symphonic poem”, whereas the EMF website opted for “Overture to…” and Radio 3’s web pages added “(Thou & I)” to the title. Whatever, it’s a really fine piece, with a debt to Liszt, A Faust Symphony immediately and then to his Tasso, with more-personal music emerging later. This is a powerful and striving score, with an emotive broad theme, and full of dramatic incident and intriguing colours. This 13 minutes of ill-fated love was well-worth resurrecting and here given a notable debut outing. 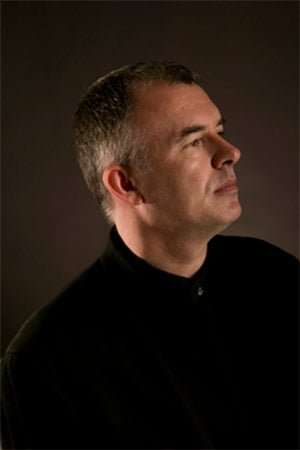 The Violin Concerto of Ernest John Moeran (1894-1950) was first heard in 1942. Moeran, a Londoner by birth but with parents from Ireland (father) and Norfolk, the composer was very close to Irish countryside and tradition, as may be heard in the wistful and evocative first movement, deeply felt and rhapsodic. Not everything came off for Rupert Marshall-Luck, but he played with total commitment and sensitivity, and also with ebullience in the folk-fiddling middle movement. Heaviest of heart is the finale, which also contains the loveliest music, a dark pastoral, given here with much feeling from all concerned, not least the solo clarinettist, and leading to a twilight ending, a very fond farewell.

Three world premieres said Cook, four advised the EMF site. It turned out to be three, Vaughan Williams’s Harnham Down having been first heard in 1907. Before that Burley Heath, a 100-bar fragment from Four Impressions (1902), James Francis Brown’s fine performing version of the incomplete work proving very likeable, very English and very descriptive; the sun emerging, birdsong to the fore, these few unfinished minutes were very restful and rapturous, a peaceful picnic on a green hill as it were, the mature VW waiting in the wings if (surprisingly) less to the fore in the then-played Harnham Down, a darker work if dawning to an expansive oceanic view while retaining an essential privacy, a secret suggestion.

Finally, another first performance, Arnold Bax’s Variations for Orchestra, a student work from 1904, that was due to be performed at the Royal College of Music conducted by the 20-year-old composer (at Stanford’s behest), but it never happened – it seems that Bax may have had a bad experience in rehearsal (he never conducted again) and so the piece languished until now. A simple Theme leads to some ingenious Variations – Radio 3 information added “(Improvisations)” to the title, something not carried forward by either the EMF or Cook – which show Bax as a precocious upcoming talent, grabbing from outside influences (not least Max Reger and Richard Strauss), with a keen ear for pastiche, a ready wit, a noble tune, brilliant orchestration (including a solo for organ) and sowing Celtic seeds for future inimitable success. It was good to hear Bax’s Variations now, 28 minutes well spent, and its Enigma Variations-like grandioso conclusion; one could almost see the film credits rolling by!