Song of the Earth – ballet with choreography by Kenneth MacMillan 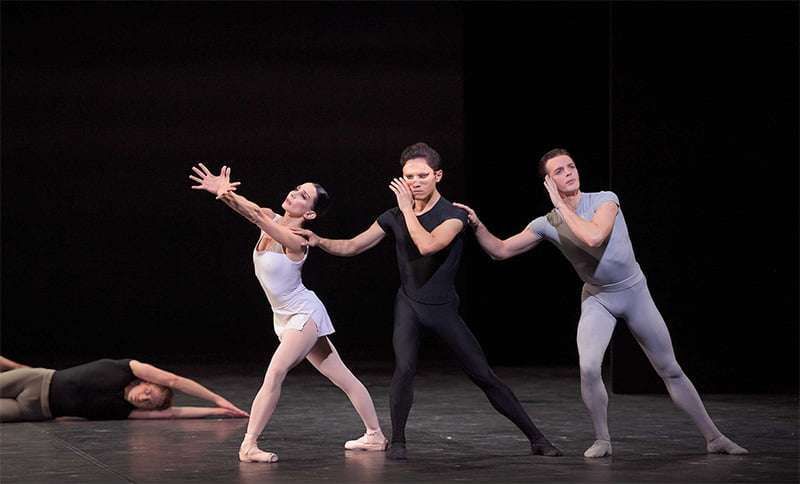 There can be no more emphatic way to blow away the final balletic tinsel of Christmas than with a performance of Kenneth MacMillan’s profound and monumental Song of the Earth, set to Mahler’s remarkable Das Lied von der Erde. And there is no better way to lay down one’s balletic credentials either, especially so when the company, here English National Ballet, gives a performance of such rare clarity and depth. Central to this ensemble, and to this performance, is Tamara Rojo, Director and dancer, who, still, when performing, draws the eye to her as only a star can do. As The Woman in this life-affirming work, she gave a performance of utter quality, her many years as a world-class dancer and, crucially, as a human being with experience of life channelled into profound humanity and an ability to inhabit both the choreography and the movement.

As Song of the Earth progresses through life, loss, ultimately to the hereafter, Rojo charts the journey, her body aching with emotion, her eyes ever-expressive. She seems instinctively to understand MacMillan’s requirements, his at-times strange movement palette entirely natural to her. This was a performance of blistering power and intensity, to rank among the very finest I have seen. 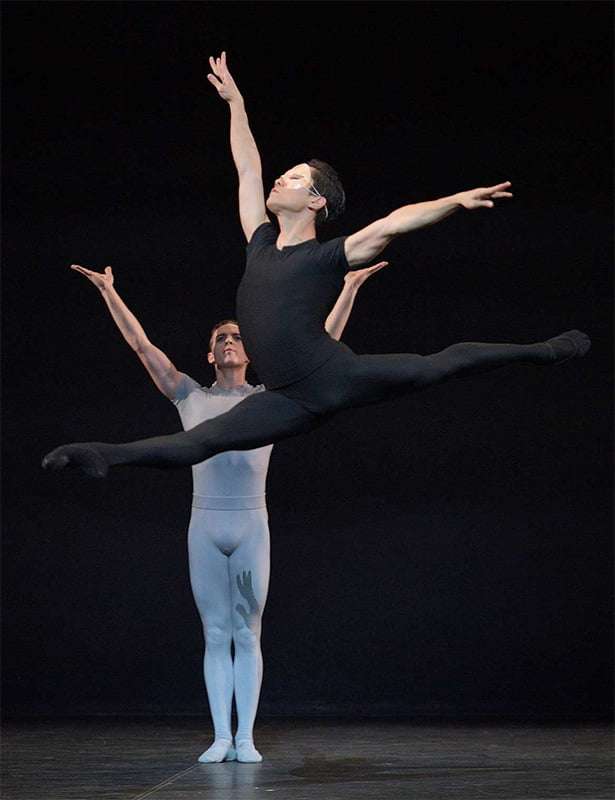 Rojo’s Man was Joseph Caley, who confirmed the favorable impression he made in this company’s unsatisfying Nutcracker in December. He too, brought up at Birmingham Royal Ballet, ‘gets’ MacMillan, and it was a pleasure to see him execute the choreography with such fluency and care for detail and make such a positive stage partnership with Rojo. Special commendation to company new recruit Fernando Carratalá Coloma who stepped up to be The Messenger of Death in this first cast owing to last-minute injury – his was a performance in no way unworthy of the unexpected promotion and, while greater nuance will suffuse his interpretation with experience of the role, he was a strong and emphatic presence, his dancing expertly hewn, his stage persona implacable, unnerving even.

ENB dances this work now with the ease of familiarity, and appears comfortable with its myriad demands not only in terms of technique but also in achieving the right atmosphere of focus and weightiness. Special mention to the two singers Rhonda Browne and Samuel Sakker who brought both vocal heft and textual nuance to the song cycle, and the ENB Philharmonic under Gavin Sutherland playing with Mahlerian sweep and fullness of sound.

Song of the Earth is almost a full hour of dance, so it made for an over-weighty prelude to August Bournonville’s short two-act La Sylphide, the whole evening coming it at just over three hours in all. ENB made the right choice in asking Frank Andersen, Eva Kloborg and Anne Marie Vessel Schlütter to stage this jewel of Romantic ballet in the appropriate and authentic manner, and certainly, this is a La Sylphide which looks exactly as it should – delightful painted sets and drops evoking the early nineteenth century view of Scotland, all kilts and tartans, baronial halls and misty glens. Much care has evidently been taken with the setting of Bournonville’s choreography and the requisite style, so far from the gymnastic athleticism of ballet today. Certainly, the mixed corps de ballet were suitably Caledonian in the reels and dances of the First Act, but it was the corps of sylphs in the Second which showed much welcome attention to the exquisite placement and delicate movements of it, uniform in both execution and musicality. Five Stars are richly deserved *****. 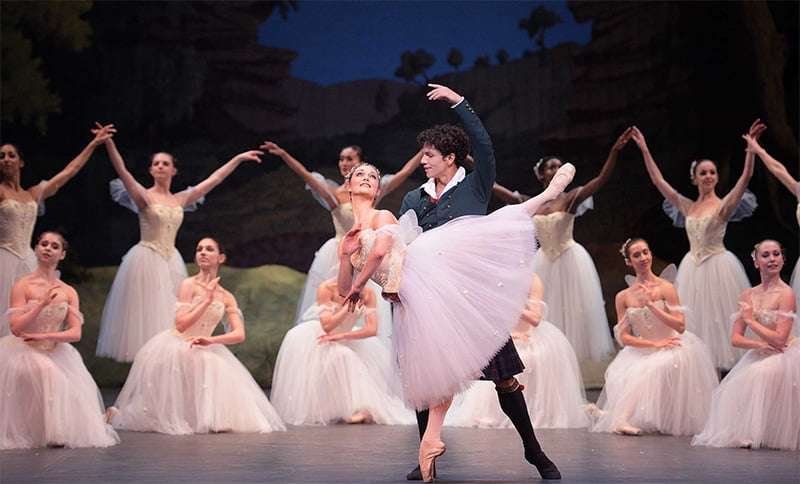 But La Sylphide is more than mere dancing style – it requires a period sensibility and understanding of its essence, and it was this which seemed to elude some of the main dancers. Jane Haworth’s witch, Madge, was suitably malevolent, exhibiting a warped sense of humour as she engineers the destruction of the hero James for a slight in Act One, and Daniel Kraus was an enthusiastic Gurn, ardent in his love for James’s betrothed Effy and, with Madge’s help, finally getting his lass. There was much to enjoy in the dancing of both Jurgita Dronina as the Sylph and Isaac Hernández as James but both were somewhat far from the mark in terms of the underlying sensibilities of the their roles. They both came across as modern dancers, fresh, strong and athletic, so while his solos were impressive with high jumps, tight footwork and commendable speed, the poetry inherent in Bournonville’s movements was lacking. His acting was good but a tad too naturalistic, and at no time did one believe he was James rather than dancing James. Dronina is also an impressive dancer, but one suspects that the Sylph, the embodiment of the Romantic ideal, is not her natural fach – she is very much flesh and blood rather than air and spirit.

This is a good revival in which, one suspects, different casts will have greater or lesser success. The somewhat thick orchestral sound from the Coliseum’s pit and over-emphatic conducting did little to make the case for Løvenskiold’s deliciously period score. Three Stars only ***.