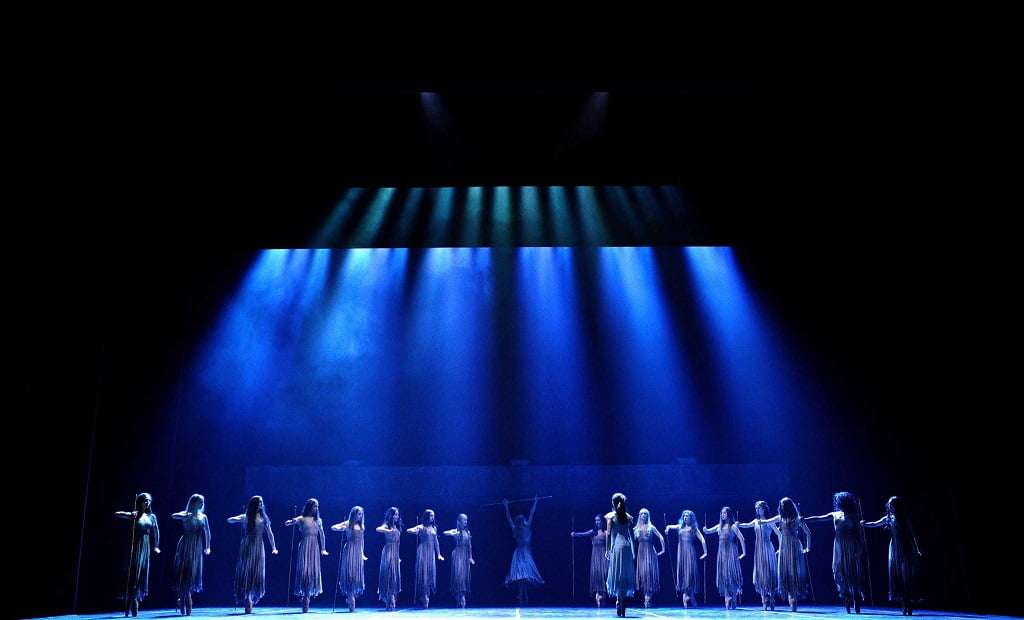 There are essentially two sorts of new ballet: the ones you see once and never need or wish to see again, their qualities (if they have any) revealed entirely at first viewing, and the ones which bear, demand even, second and repeated exposure, such are their complexities and rewards. The latter are considerably rarer than the former but include Akram Khan’s Giselle for English National Ballet. It has become, since its creation in 2016, something of a classic. ENB, a visible spring in its collective step since the recent opening of its new spacious home in London’s East End, confidently takes up a near two-week residence at Sadler’s Wells with this Giselle and will enjoy a near sell-out. The reasons are clear: this is a retelling of the great Romantic ballet which borders on brilliance and combines Khan’s eclectic and often mesmerising movement palette in a visually and aurally stunning setting. Add to which an opening night of superlative dancing and the ballet becomes not only a considerable collective achievement but also a work which needs to be seen by anyone with even a scintilla of interest in the art form.

The visual aesthetic is dark and brooding (lighting superb), costumes for the factory owners (the Duke of Courland’s court rebooted) riffs on aristocratic sartorial excesses through the ages, the ‘workers’ simply attired, the men in long shirts reminiscent of the Bangladeshi kameez in a nod to Khan’s own heritage as a kathak dancer. The stage is dominated by a high broad wall which slides slowly back at the work’s beginning and, in a coup de théâtre, opens like a massive garage door to reveal the ‘factory owners’. The brilliance of the overall concept means that images from popular culture are hinted at, establishing faint cultural echoes which resonate in the mind as one watches the ballet unfold – the owners’ first appearance could, indeed, be simply that, but the opening of the wall reminds the viewer of the first view of the aliens in Close Encounters of the First Kind. Similarly, the striking difference in both dress and deportment between the owners and the workers is akin to the Morlock and Eloi in The Time Machine; the spectral Act Two wilis become fearsome undead, not quite zombies, but vengeful wraiths with their hair covering their faces. 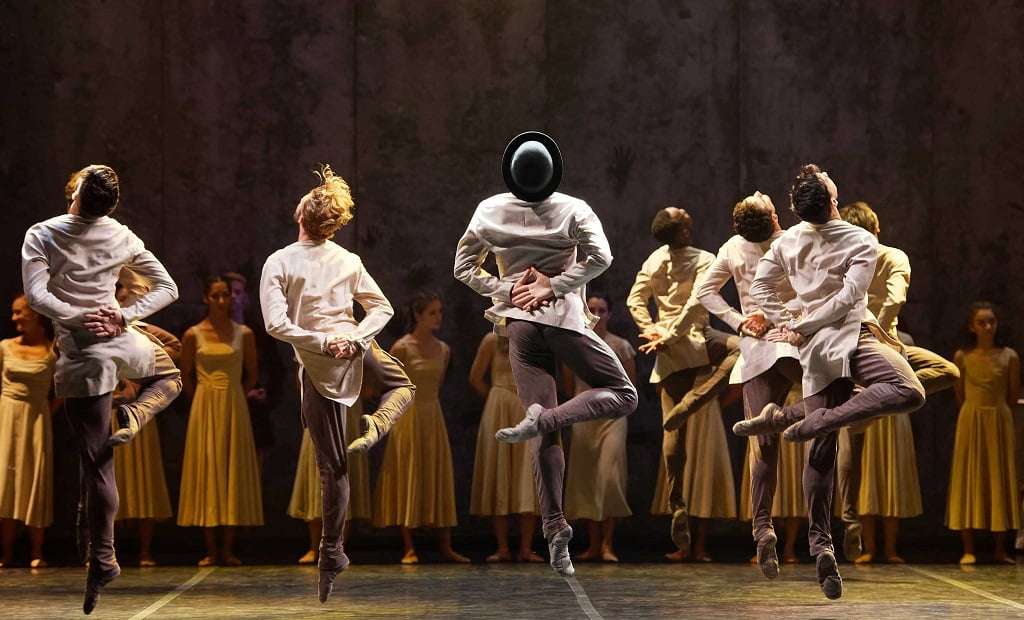 Vincenzo Lamagna has taken Adolphe Adam’s score and extracted familiar strains and bars of music, working them out like dough on a worktop, incorporating at times insistent rhythms and manufactured electronic sound in a composition at one with the overall concept. The ENB Philharmonic under Gavin Sutherland do it full justice.

Khan’s own kathak idiom is here fused with ballet – he speaks about the challenge and excitement at using women on pointe shoes – into which mix come other elements: the workers perform for the owners in an exaggerated balkan/levantine dance while the shape-shifting Hilarion (decidedly a baddie in Khan’s version) even gets contemporary mocking and provoking gestures drawn from the uglier side of hip-hop and grime. In short, this amalgam creates a movement language all its own which makes perfect sense in its own context and provides dance which, if never conventionally beautiful, always makes a strong impact. At ease in the wide-screen of phalanxes of dancers in motion, Khan works equally well in close-ups, nowhere more so than the tender, deeply sad duet for Giselle and Albrecht in Act Two, a study in regret and loss, in hope against hope, in the redemptive nature of love. This duo is simply heart-breaking, a dance in the limbo between life and death, possessed of a spiritual aspect which one would not expect from a work made in our resolutely secular, literal times. 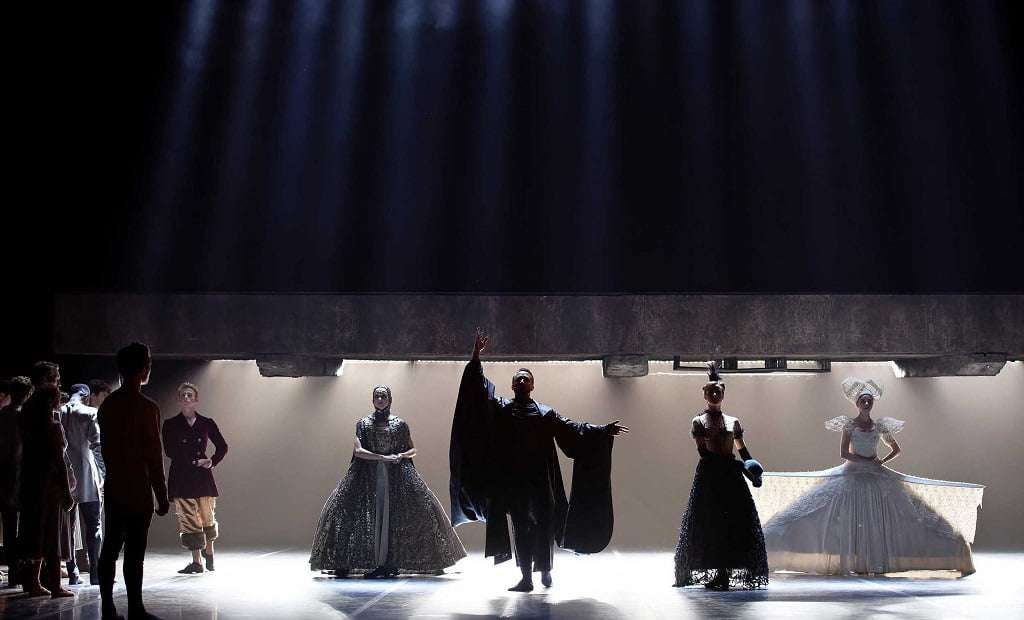 This first night was blessed with a performance of coruscating brilliance – from the corps de ballet to the lead couple, there was a shared sense of purpose and utter belief in their material. Stina Quagebeur, emerging now as a choreographer of note, reprised her implacable Myrtha, leader of the wraiths of former workers, hell-bent on revenge and showed that she remains a dancing artist of quality. Jeffrey Cirio has inherited the athletic, almost gymnastic role of Hilarion and also impressed not only by his mastery of undeniably difficult steps but also by his portrayal of the self-serving malevolence inherent in the role. James Streeter continues to show he is a superb dance actor and fuses his movement with intensity of character and meaning while company director Tamara Rojo reprises Giselle in an incandescent performance which confirmed yet again what a true ballet great she is. She gives weight to even the subtlest of glances, conveys a world of meaning with a tilt of the head, and suffuses her body with character and intent, nothing superfluous, nothing empty, nothing for show. She is an artist who remains at the height of her considerable powers.

This Giselle demands to be seen – it is powerful, striking, contemporary yet timeless. Khan and Lamagna will return to ENB with a new work later this season, Creature, exploring the creation of life by man through such stories as Frankenstein and Prometheus as its springboard. On the evidence of Giselle, it is to be eagerly anticipated.