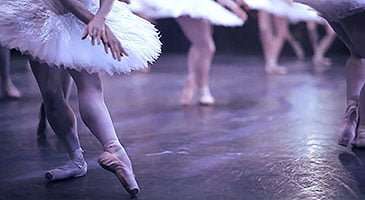 This was a very good but not great performance of Swan Lake and a simply tremendous show. Even as English National Ballet enters a period of uncertainty with the arrival soon of its new Artistic Director (Tamara Rojo), its engagement and enthusiasm could not be doubted in any way. Superbly supported by its lively orchestra under Nigel Gaynor’s impassioned conducting (who delivered an exciting performance of Tchaikovsky’s oh-so-familiar score) the dancers of ENB gave their all in Derek Deane’s satisfyingly traditional production. It is no mean feat, as routine can too easily characterise ballets so frequently revived. 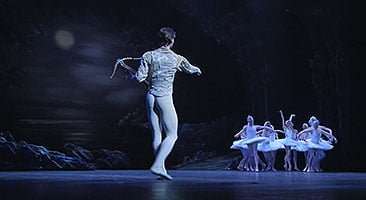 Neither Begoña Cao nor Esteban Berlanga is a natural virtuoso, nor the finest of purely classical dancers, but they performed for all their worth, investing the roles of the tragic Swan Queen and her smitten Prince with pathos and detail. Cao is more naturally a lyrical Odette than a flash-bang Odile and her lake-side scenes were suffused with a melancholy and resignation to her fate which pulled at the heart-strings. She uses her eyes most expressively, large mournful dark orbs which flick nervously to Siegfried, a trapped being allowing herself a momentary glimmer of hope of a better fate. Her duets with Berlanga were sensitively shaped, the two dancers (who stay in the memory as a Manon and a des Grieux of distinction a few seasons ago) understanding each other and complementary in terms of body shape and technique.

Berlanga possesses pleasingly long limbs, his leg stretched behind him in arabesque is particularly beautiful, and he delivers a sensitive, Romantic, if a tad fey, Prince. He has a neat technique without possessing the fireworks we sometimes see in the Black Swan pas de deux, but his true strength lies in his lyricism. The Final Scene as Odette resolves to kill herself and Siegfried follows her to a watery grave was tense and dramatic, the orchestra whipped up into a storm of sound, the two dancers crackling with tension. In this they were ably abetted by Daniel Jones’s superb Rothbart, the evil magician who holds sway over the swans on the lake. Jones cuts an imposing figure on the stage and in a costume that in this production for once does not make its wearer look weighed-down, he dominated, bristling with malice and menace, determined to crush Odette’s hope of salvation. 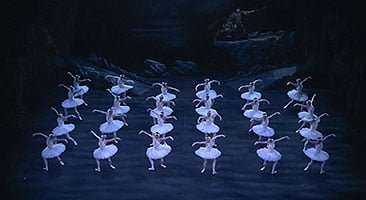 Elsewhere, the ladies of the corps de ballet were impressive as the swans, a common musicality and movement quality characterising their contributions. The Lead Swans delivered a well-judged duet and the cygnets were as precise as could be wished for. In the Act III festivities, matters were more mixed, with out-of-focus national dancing, and Frederick Ashton’s sublime Neapolitan pas de deux some way short in terms of the requisite style. The choreographer was better served by a neat rendition of his fiendishly difficult but delicious pas de quatre in the first act, Kei Akahoshi impressing greatly with the contrast between fast footwork and melting upper body in her solo. 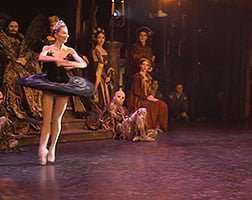 Jane Haworth was a coolly glamorous Queen who suffered no dissent from her wish for her son to marry; Michael Coleman a warm, bumbling tutor, kitted out in true medieval amateur operatic society fashion. The mixed corps de ballet was engagingly lively in the Act I dances (the waltz in particular). Siegfried’s friend Benno in Deane’s production is jettisoned, no bad thing.

Peter Farmer’s sets are handsome and serve the action well, but some choices of colour are ill-advised – the Act III Spanish Dance, men wear costumes of a bilious green that does nothing for the dancers wearing them (which here included the ever-impressive Max Westwell). Lighting is expertly done, with the lake suitably moonlit while allowing all the action to be seen clearly.

In sum, then, a very good performance, which contrived yet again to weave its magic.