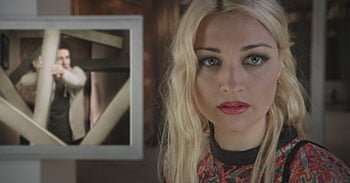 One of the highlights of English National Opera’s current season promised to be this latest opera by Michel van der Aa, whose integration of music and vision has already seen a succession of arresting and provocative multimedia works (not least the virtual-reality fantasy with cellist Sol Gabetta, Up-Close, performed next door in the Barbican Hall a couple of years back). Undoubtedly his most ambitious undertaking yet, Sunken Garden has been described by its composer as an “occult-mystery film opera” – which might not be an unreasonable description of a piece that utilises the latest in video graphics and 3D technology as though to advance a new concept of what opera can and, more to the point, should be.

Those intending to gain an overview of the work by the tried-and-trusted method of reading the synopsis beforehand might well have been disappointed, as this is emphatically not an opera which functions according to a ‘well-made plot’. In essence, David Mitchell’s libretto deals with the whereabouts of two people – IT specialist Simon Vines and feckless socialite Amber Jacquemain – as interpreted by art-house documentary maker Toby Kramer, who secures sponsorship for his film about their disappearance from an obscure arts foundation fronted by the initially personable Zenna Briggs. The further Kramer progresses with this investigation, the more difficult his project becomes – resulting in a second half in which these four characters, along with the previously sinister Dr Marinus, are brought face to face in a luxuriant though energy-sapping sunken garden (cue the 3D spectacles). Here they can escape from their troubled pasts, albeit at the price of an existence ‘in limbo’ beyond which lies only negation: memory, immortality and guilt being intricately intertwined. 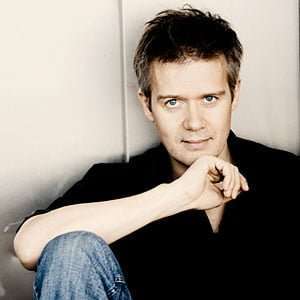 Such a concept inevitably risks becoming unappealingly abstruse, yet in many respects it all hangs together. Thus the first half alternates between sung actions, as heard against a starkly functional backdrop, with spoken video clips drawn from Kramer’s in-progress documentary. The sunken garden (filmed at the Eden Project in Cornwall) uses the latest in 3D technology, with Vines and Jacquemain reduced to holographic images within it and the others confronting each other on the stage. Visually this makes disorientating yet mesmeric viewing, not least because the technological elements have been integrated into rather than merely laminated onto the dramatic ground-plan – thus ensuring an indivisible theatrical unity.

Van der Aa’s score more obviously combines innovation with tradition – mixing live music with synthetic sounds and, not for the first time, integrating aspects of film soundtrack into the instrumental texture. Clever certainly, but not lacking in more obviously dramatic qualities, while the vocal writing often has a parlando-like functionality such as conveys the essence of the text. Stylistically the music seems as productively eclectic as its composer’s previous works, not least the way in which elements of the outside and everyday – such as the harsh techno accompanying Jacquemain’s dissipation in the nightclub – are absorbed into the wider context with a deftness rarely found in the work of ‘classical’ musicians. Conversely, Vines’s ‘aria’ in which he recounts his guilt over the cot-death of his daughter must be one of the most affecting such passages in opera from the past quarter-century, evincing an emotional depth without sentimentality that places much of the preceding misapprehension and fractured personal relationships into sorely needed perspective.

This latter also, no doubt coincidentally, helps compensate for the work’s biggest failing – its tendency to render salient details of the plot with a matter-of-factness that often verges on the mundane. This is especially true of the denouement in the sunken garden itself, when much of the information that might crystallise where the drama has been heading to is rendered obscure by the high-lying soprano writing (and further compounded by the decision not to deploy surtitles – rarely needed more than here). Leaving aside whether or not the scenario is simply too clever by half (many will recall various TV plays and radio dramas of greater abstruseness), it is likely that the protagonists themselves lack substance – becoming mere ciphers whose sense of presence is no greater ‘in the flesh’ than on film or in virtual reality. Conceptually, this is a piece which fulfils its innovative brief head-on; dramatically, though, it only intermittently rises to the challenge of amalgamating such a concept with meaningful and empathetic human discourse that remains fundamental to opera from whatever epoch.

These failings could hardly be levelled at the cast. Respectively eager, then bemused, supportive then domineering, and viscerally impassioned – Roderick Williams, Katherine Manley and Claron McFadden were all on commanding form, and complemented each other ideally as the drama reached its climax. The other singers may have been video images, but Jonathan McGovern’s expressive earnestness and Kate Miller-Heidke’s pained melisma were wholly apposite. The ENO Orchestra sounded responsive in the unflattering Barbican Theatre acoustic, while André de Ridder directed proceedings with a sure theatrical sense. That so complex and inventive a work went so well on its first night is itself no mean achievement.

As to whether this really can be considered as opera of the future – one has to look beyond technology (take a look at Peter Greenaway’s 1991 filmed adaptation of The Tempest for a meaningful comparison) and the chic cultural references for a clearer view on this question. Those who saw George Benjamin’s Written on Skin earlier this year might also like to reflect on that work’s powerful musical and dramatic impact being achieved without recourse to electronics or equipment. Sunken Garden is nevertheless a major artistic undertaking that needs to be experienced: no-one who does so is likely to come away bored, and even those who dislike 3D imagery might momentarily have their convictions shaken.